The maritime industry and its impact on the environment has been under increasing scrutiny recently, as it has been assessed that it emits around 940 million tonnes of CO2 annually, accounting for almost 3% of global CO2 emissions. It is projected that if the commercial demand for shipping is to continue at its current rate, shipping emissions would grow between 50% and 250%. This is unlikely to be a shock to anyone, given that shipping accounts for 80% of global trade. It is also important to contextualize this, by the fact that cars and trucks account for 70% of global transportation emissions, with ships and aviation at a comparatively low 15% each. Whilst there is a lot of conversation about the environmental impacts cars and planes can have on the environment, there is comparatively little discussion – outside of the maritime industry – of the proactive contribution and commitment of the shipping industry to reducing its impact on global carbon levels.

The industry continues to look at more ways to reduce its impact, but it appears that the once ambitious aim set by members of the International Maritime Organisation (IMO) three years ago – to halve the industry’s greenhouse gas emissions by 2050 compared to 2008 – is increasingly considered as being insufficient. Indeed, the global regulator will be revisiting its global emission targets in 2023, as part of its longer-term strategy and timeline.

Many shipping companies have made their net zero pledges and this year’s London International Shipping Week (‘LISW’) alone saw a host of shipping lines making their commitments clear. One such firm was Mediterranean Shipping Company – the world’s second largest container shipping group – who publicly announced its commitment to reach net zero carbon emissions by 2050, following the likes of Denmark’s Maersk and France’s CMA CGM. LSIW also saw Transport Secretary Grant Shapps announce his aim of seeing zero-emission ships being introduced into UK waters in as little as four years. This is very encouraging for the industry given that one of the primary obstacles to driving environmental change is the investment cost and risk attributable to being a pioneer in the movement.

And it appears these pledges are translating into action: in August, industry giant AP Moller-Maersk became the first major operator in the world to order container ships that can run on green methanol, and struck a deal with Danish renewable energy firm European Energy to supply low carbon methanol to fuel its first ‘carbon-neutral’ vessel, which aims to set sail in 2023.

But reaching these lofty goals will prove to be the real challenge. Although these various targets would see the sector’s emission share drop considerably, debate persists surrounding the feasibility of this call when considering the sector’s existing infrastructure and the availability of clean fuel. Ahead of COP26 in November, more than 150 major organisations across the global maritime sector met in September to call on governments to develop policies that will support the entire sector’s decarbonisation efforts. Demands include implementing industrial-scale, emission free shipping projects; setting domestic zero-carbon targets and offering incentives to meet them; and introducing policies aimed at making zero emissions shipping the default choice by 2030. All of these measures would require unprecedented investment and global co-operation. 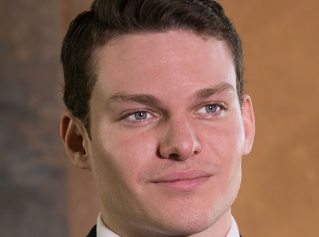 With all of these considerations in mind, companies are now putting their pledges into decisive action. But what are the associated risks?

Regardless of which legislation is passed, as with any commitment, the implementation of greenhouse gas regulations involves climate-related litigation risk. Any increase in the quantity and severity of regulation raises a ship operator’s potential exposure to liabilities. In particular, companies’ risk high fines for regulatory breaches and future IMO regulations are set to create compliance obligations for ship owners and operators. If companies publicly commit to certain targets – even though non-binding – this can result in future shareholder legal action taken against the business in question if they fail to reach them, as has been evidenced in the doubling of climate change actions between 2017 and 2020. Whilst protection & indemnity cover related to fines imposed pursuant to a breach of the IMO’s regulations is typically discretionary, it will certainly be an exposure that cannot be overlooked by both the ship operators themselves and their insurers.

Further, if companies fail to disclose key business risks from alternative fuels and emissions reductions or to set clear targets, this could also lead to disclosure litigation over withholding information vital to the business.

What’s more, the specialist technology options currently being explored by the maritime industry to reduce its carbon footprint are relatively novel and have never been produced or deployed in any great scale. As a result, new ship and shore-side technologies introduced to measure against any regulations will inevitably carry IP risks and – with operating complications or specialist parts accounted for – will in turn increase the insurable value of vessels. As a result, hull insurance premiums may increase.

But more than this, new technologies also carry uncertainty which insurers may find difficult to underwrite: calculating the exposure and cost of the associated risk will be the key challenge of hull and machinery underwriters in order to determine the appropriate premium.

Depending on the timeline and ambition of future IMO regulation on greenhouse gas emissions, this could lead to early scrappage and expensive retrofits affecting profitability in the industry. There will be renewed requirements for specialist parts and repairs, therefore increasing the need for manufacturers and ship companies to undertake the relevant cover. For example, retrofitting engines to make them compatible with new, carbon-neutral fuels will be costly, aside from the significant investment required to develop and acquire such low emission fuels. And aside from this, alternative fuels such as hydrogen, ammonia and methanol are not yet able to be produced at the necessary scale without generating significant and overall counterproductive levels of emissions.

Considering these risks, there are significant insurance implications for almost any business operating within the global maritime industry. Critical months lie ahead for ship decarbonisation, with world leaders currently gathering for COP26 in Glasgow and the next large IMO climate change meeting taking place later in November. It’s clear that decisive action needs to be taken now if any target is to be reached – and that regulations to mandate such action are imminent. And while much has been said about the impact cars, planes and trains are having on the environment, the conversation surrounding the impact of the shipping industry is no doubt about to get even louder, both within the sector and more widely.
Source: By Alexander Gray, Head of Marine P&I, Lockton

Previous: Drewry: World Container Index Down 4.9% This Week
Next: Ship Owners Stock Up On Newbuilding Containerships and Gas Carriers