Shipping tends to be conservative. The industry’s transition from coal to diesel took almost five decades to complete after it kicked off a century ago.

But these days, things have to move faster in this 10,000-year-old industry. Regulatory changes, market forces and sustainability concerns are spurring innovation that’s transforming the industry—and producing significant returns for shippers that can get in front of the change.

Here are three examples of the startling new breakthroughs in maritime.

Pound for pound, water transport is by far the most environmentally friendly way to move goods. But with the maritime industry’s vast scale, its environmental footprint remains substantial. To reduce shipping’s impact, new International Maritime Organisation regulations are requiring ocean-going ships to shift to cleaner fuels—and the industry has committed to further improvements by 2030 and 2050.

“In a few short years we’ve gone from the shipping community suggesting it had little role in what’s happening to our atmosphere to embracing changes in a way that’s leading to active and exciting innovation,” says James Corbett, a professor of marine science and policy at the University of Delaware.

Electric and hybrid propulsion solutions are on the rise, since they expand a ship’s range of energy sources beyond traditional diesel to options that include fuel cells, liquid natural gas and batteries. The next generation of ships will be able to switch at will between power sources as conditions demand.

Among the most significant innovations in electric propulsion systems is ABB’s Azipod® system, which incorporates an electric motor into a submerged pod that hangs outside the ship hull. The gear-less, steerable units can rotate 360 degrees, making ships more maneuverable. Azipods cut fuel consumption by up to 20% compared with traditional shaft-line propulsion systems.

Arranged in a more efficient “pulling” configuration similar to that of a propeller-driven airplane, the Azipod was developed for icebreaking vessels. In fact, it recently propelled a Norwegian Coast Guard icebreaker all the way to the North Pole.

But cruise ships have emerged as the most popular application for the system. By eliminating the need for rudders, stern thrusters and external shaft supports, the Azipod system reduces noise and vibration. That results in increased passenger comfort—and more options to visit destinations whose small harbors keep less agile ships out. 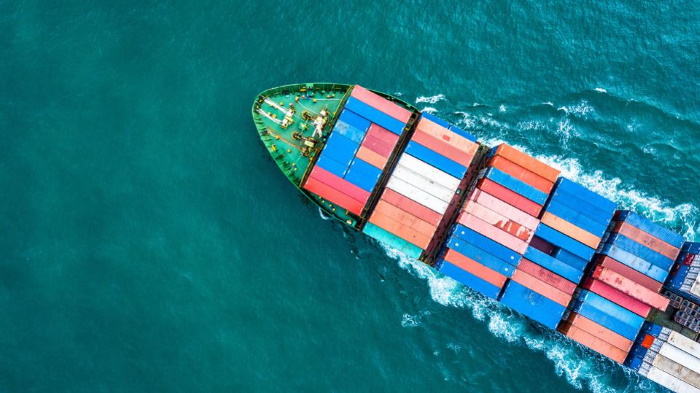 After-the-fact service support of ships out on the ocean is becoming a thing of the past. The future will see automated systems that work in tandem with land-based centers such as those in ABB’s network of ABB Ability™ Collaborative Operations Centers.

But the human element is in no danger of disappearing. In fact, it’s precisely sailors far off at sea who are benefiting from connectivity improvements: They’re getting the best information they can get about the ships they’re operating. A captain on a vessel and an on-shore manager can solve problems together on the basis of the same data.

Twenty-four-hour remote support for ships anywhere in the world has become standard for the almost 1,000 vessels that connect to ABB’s Collaborative Operations Centers, where an engineer is always available.

As the role of remote fleet management and monitoring grows, crew sizes are shrinking. Many of the latest ships feature unmanned engine rooms that officers control from the bridge, for example.

But would you dare to board a ferry without a captain?

In late 2018, ABB and Helsinki City Transport took the next step in autonomous shipping, collaborating on the world’s first remotely piloted passenger ferry voyage. For the trial, the ferry Suomenlinna II departed from a Helsinki dock and crossed safely to its destination using ABB’s new dynamic positioning system.

But autonomous doesn’t mean unmanned. Rather, the technology is meant to complement and support seafarers, who are freed up to do other tasks. The result is to make operations safer in general.

Although maritime cruise control technology can cut fuel consumption, public concerns about automated systems could hold back the adoption of smart vessel management. The Helsinki trial represents a crucial step toward increasing acceptance of autonomous systems, which are expected to transform international shipping in the coming decades.

With the world’s merchant fleet responsible for the carriage of around 90% of world trade, the efficiencies that the newest maritime technology enables will have a big effect on environments and economies everywhere on the planet.
Source: ABB