Ship owners have stayed away from more newbuilding deals over the past week, as market fears have taken over, while S&P deals remained rather firm. In its latest weekly report, shipbroker Allied Shipbroking said that “the overall newbuilding market moved on a relatively mediocre trajectory as of the past week, given the limited number of fresh projects coming to light. In the dry bulk sector, things were in clampdown mode as of late, seemingly inline, with the recent negative and volatile trends noted from the side of earnings. Notwithstanding this, thinking about the general market sentiment that remains relatively robust, as well as, the fact that freight rates already seem to be on the rise once again, we may well expect many firm orders to emerge before the close of the year. In the tanker market, we have not seen any fresh flow in terms of new orders during the past week or so, with the sector indicating continuous ups and downs in buying appetite. As mentioned previously, a more sustainable freight market regime is needed, before any sort of stability returns to the overall buying appetite. Finally, in the containership sector, we continue seeing a relatively “healthy” appetite hold”. 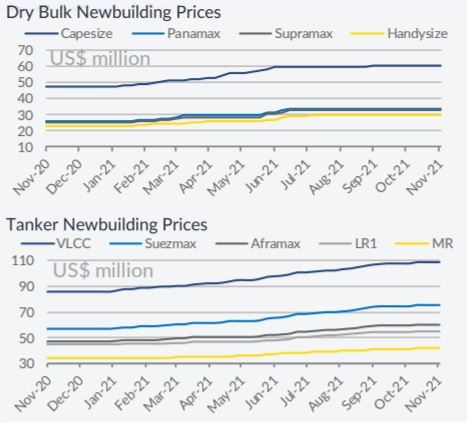 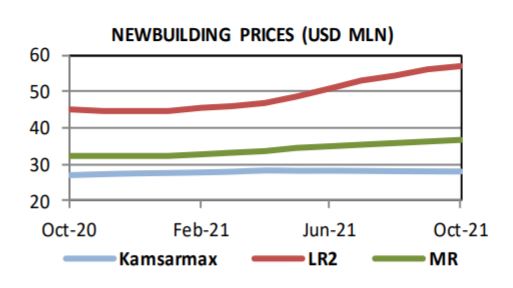 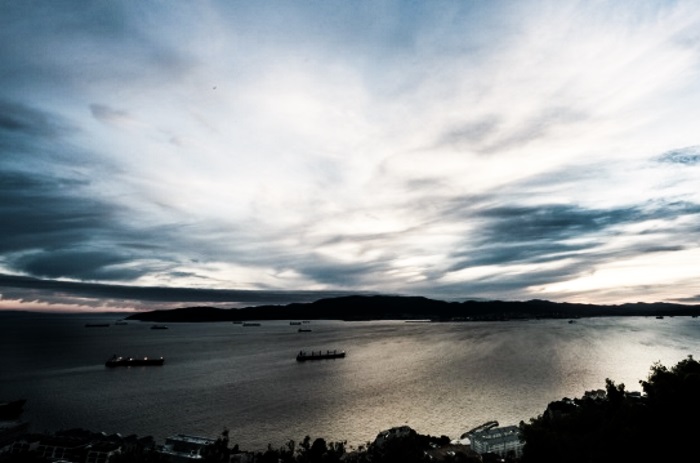 Meanwhile, in the S&P market, Allied said that “on the dry bulk side, we saw activity return at a firm pace. This came rather inline with the recent (modest) recovery mode that is taking shape in earnings, although it looks to be with a slight downward correction in asset prices. With buying appetite remaining healthy at the same time, we can expect a firm SnP market in the near term. On the tanker side, it was a relatively robust week for the SnP market, given the good number of transactions coming to light. Despite the absence of the bigger size segments (namely Suezmaxes and VLCCs), overall volume was supported adequately, with a handful of en bloc deals playing their part to this. 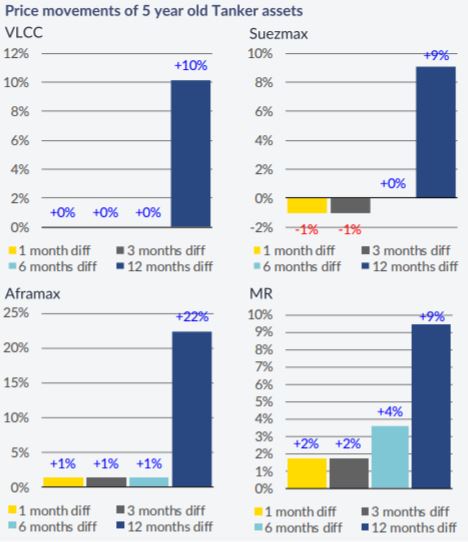 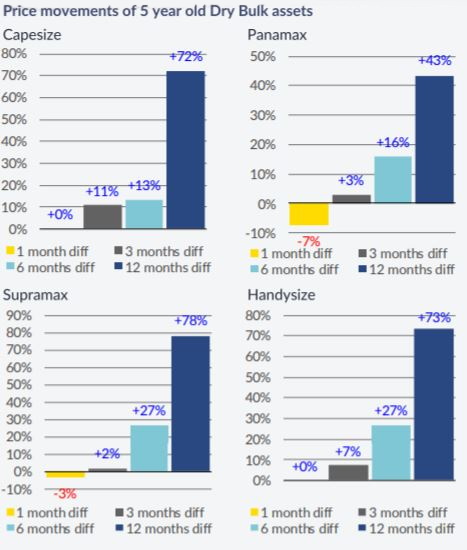 It is true at the same time, that we have seen lately improvement in both sentiment and buying appetite, that has been already reflected (to some extent) in asset price levels. While many think that a recovery is somewhere around the corner, especially after such an extended uninspiring period, we can expect many interesting sales taking place the upcoming period”, the shipbroker concluded. 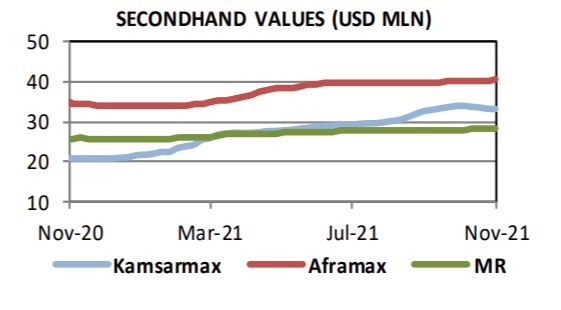 Sister vessel Ocean Opal abt 37k blt 2012 Hyundai Mipo(SS/DD due 07/2022) was reported at $18.4 mln back in September. In the the tanker market, a 15 years old MR Arctic Bay abt 50k blt 2006 STX (SS freshly passed and BWTS fitted; ice class 1 A) was rumoured to be committed at $11.7 mln”, the shipbroker concluded.
Nikos Roussanoglou, Hellenic Shipping News Worldwide