Meetings Of The Tripartite Maritime Table Restart With The Participation Of The Government, Seafarers And Shipowners

As part of the commitment carried out by the Panama Maritime Authority (AMP) with the maritime, port and logistics sectors of the country, the seventy-fourth meeting of the Tripartite Table of the Sea (METRIMAR) was held, after having been in recess from the end of February of this year to date, whose purpose is the adoption of the legislation that will be applied on board the Panamanian-flagged merchant ships of internal service and the commercial fishing vessels of the Panamanian flag of internal and international service .
METRIMAR, contemplates the adoption of a new robust maritime labor law, whose “proposed document” is made up of 288 articles, which are being analyzed in a comprehensive and consensual manner with the social partners for and benefit of the Panamanian seafarers who work on our ships.

This is a project of great value in the national maritime industry, for which an unprecedented tripartite social dialogue table has been convened to discuss labor issues in the national maritime sphere, an act that has been recognized and celebrated by the sectors that represent the seafarers and fishermen, as well as the sectors that represent the shipowners and owners of fishing vessels, even in other forums of the social sphere in Panama.

During the year 2020, the General Directorate of Seafarers (DGGM) meticulously carried out the elaboration of the draft composed of 288 articles that would make up the new maritime labor legislation; these articles were presented for consensus in May 2021, starting METRIMAR. Similarly, during the year 2021, METRIMAR discussed and agreed on the part of the preliminary project dedicated to interior service merchant ships.

From February 22 to August 08, 2022, METRIMAR held a break, which was used so that the School of Tripartism Social Dialogue and Conflict Resolution (E-DISTREC) of the University of Panama (UP), which acts as moderator and facilitator, review together with the DGGM, all the material up to where it had been agreed upon and make the compendium of all the approved articles to unify the project in terms of the part that regulates work on board merchant ships of internal service. Then proceeded with the beginning of the discussion of the part that applies to commercial fishing vessels. 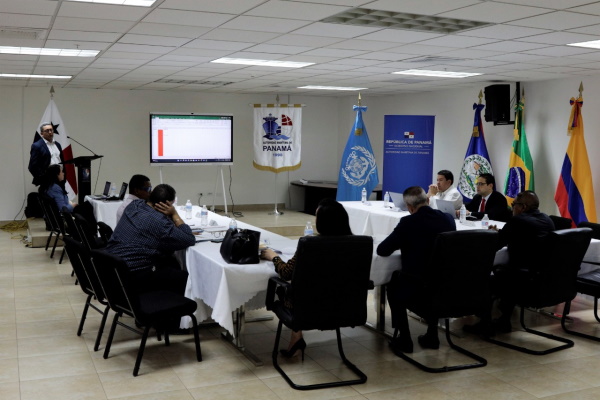 At the end of May 2022, the DGGM met with representatives of the National Chamber of Fisheries and Aquaculture of Panama (CNPA) to organize the restart of the tripartite table.

From the very beginning, the meetings have been held in an atmosphere of transparency, dialogue and frank collaboration between the sectors (Government, private companies, workers represented in union organizations) that work in a transparent manner, for the benefit of seafarers and fishermen, through a high-level debate in order to comply with the principles of the tripartite dialogue promoted by the International Labor Organization (ILO), which will benefit the viability of the document when it is presented to the National Assembly of Deputies.