The award in London Arbitration 20/18 [(2018) 1012 LMLN 2] is a reminder on several often related matters, as it considers demurrage amid breach of charterparty, non payment of freight, tender of NOR and later valid exercise of lien.

On an amended GENCON 94 form Owners had first chartered the vessel to X, who were the buyers of the cargo of baled straw, for carriage from Varna to Izmir. However, both those contracts ended as X paid neither the freight nor the sale price, and owners re-fixed to alternative charterers (who were also the substitute purchasers) on the same terms. Charterers signed the initial recap and in essence took over where X had left off.

By that time though the vessel had been loaded and was nearing Izmir. However no NOR had been tendered, and on owners’ instructions the vessel drifted some 38 miles away, pending remittance of freight. The Tribunal later had to consider who should pay for various periods of delay, under specific wording that sought to protect owners in respect of non payment of freight and also demurrage.

1. The key charterparty provisions were:

2. “NOR to be tendered upon arrival first pilot station …”;

3. “ … vessel berthing and/or discharging to be permitted by the owners upon the freight receipt in full only, otherwise all time after the vessel arrival at disch port, … waiting for freight crediting, to be counted as laytime.”

4. “[disport demurrage] … to be settled day by day before vessel completed discharging [failing which owners have the] right to stop … discharging … till the amount is settled … . All time for waiting to count as laytime and to be for charterers’ account.”

So owners could delay or pause discharge in respect of any unpaid freight and also as regards any demurrage that might have accrued, such to include time passing while those rights were exercised.

A right to secure the cargo like that is called a lien, and (as the Tribunal observed) the standard wording in Part II of the GENCON 94 form is very similar:

The Owners shall have a lien on the cargo … for freight, deadfreight, demurrage, claims for damages and all other amounts due under this Charter Party including costs of recovering same.” 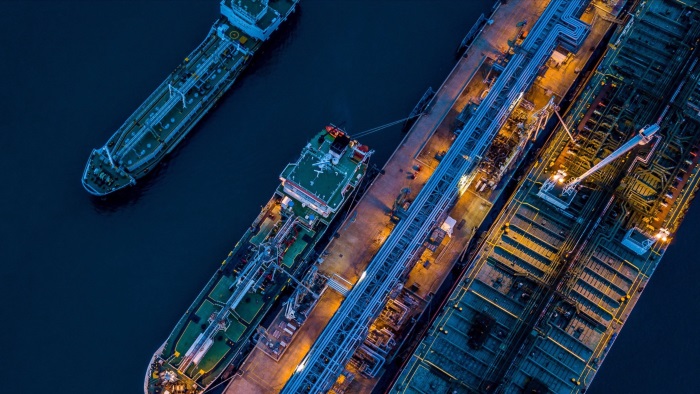 Charterers did not dispute owners’ right to hold on to the cargo for unpaid freight and demurrage, but said that (a) they could not claim for time running from when the vessel began drifting off Izmir (b) part of the delay was due to owners’ wrongful exercise of lien, in that they should not have refused orders to start the pre-discharge procedures, such as berthing and fumigation.

The first issue depended on the meaning of “vessel arrival at disch port” in (2) above. Owners said that operated independently of the other time provisions, either under (1) above as to where NOR was to be given or Clause 6 (c) of GENCON 94 as to when laytime started.

But the Tribunal ruled that under (2) rights as to laytime depended on the vessel having become an arrived ship. So “vessel arrival at disch port” meant that the vessel had to have reached a place where NOR could validly be tendered, and could not trigger laytime when the vessel was still nearly 40 miles away.

On the second issue, charterers were correct that a right to lien did not mean that owners could refuse to do things which did not conflict with their continuing to hold on to the cargo, i.e. they could not decline things which were consistent with that right. Thus, on payment of the freight – which of course meant that was no longer a valid basis for not berthing – owners could not refuse to berth, or indeed to fumigate. Both were consistent with owners retaining control of the cargo and could happen independently of that.

However, on the evidence the Tribunal concluded that the aggregate delay from when laytime had restarted was not due to any impediment by owners, but to charterers’ own failure to make arrangements for the vessel to berth and for discharge immediately after fumigation.

It is not uncommon for owners to promptly re-fix after charterers’ default. Sometimes, though, instead of simply offering out the recap wording, owners might pause to consider whether changes are needed, especially in view of operational steps taken immediately beforehand and related precautionary wording. Owners should ensure that all provisions – in particular those as to freight, NOR, laytime and demurrage – suitably address the situation that has developed. They should always be alive to (a) interaction between intended protective clauses, NOR provisions and the notion of an arrived ship and (b) possible later challenge to exercise of a lien over the cargo.
Source: C-Demurrage Law