Milaha was one of only seven organisations worldwide to win the ‘double’, both the Sword of Honour and Globe of Honour, and the only organisation to achieve both multiple double awards and multiple Globe of Honour awards. Additionally, Milaha was also awarded a five-star grading by the BSC, further demonstrating its commitment to the continuous improvement of its health and safety management systems.

As a non-profit organization, BSC’s Sword of Honour and Globe of Honour are awarded to organisations that have demonstrated excellence in the management of health, safety and environmental risks.

In order to compete for these awards, an organisation first has to achieve the maximum five stars in the BSC’s health and safety and environmental management audit scheme in the period August 2018 – July 2019. It must also demonstrate to an independent panel of experts that it has achieved excellence in their health and safety and environmental management throughout the business – from the worksite to the boardroom. 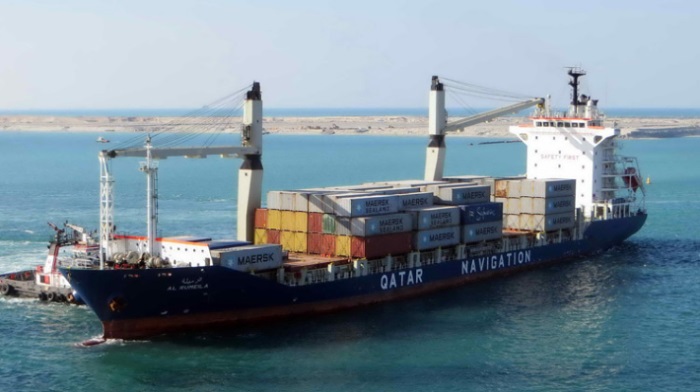 Milaha’s President and CEO, Mr. Abdulrahman Essa Al-Mannai, said: “Protecting our employees’ safety and health, and preserving the environment in which we operate, has always been a top priority for Milaha. The Sword of Honour and Globe of Honour award demonstrates our success in this regard and reflect our unwavering commitment to the continuous improvement of our health, safety and environmental management systems in collaboration with our partners at the British Safety Council”

Lawrence Waterman, Chairman of the British Safety Council, said: “On behalf of the board of trustees and staff of the British Safety Council I would like to congratulate Milaha on achieving the very highest standards of health, safety and environmental management. Excellence at this level is very hard won. We are proud to have supported you in your achievements, and I am delighted that you have chosen to celebrate it with us today.”

Mike Robinson, Chief Executive of the British Safety Council, added: “I would like to congratulate Milaha and its staff for their huge commitment to keeping their workplace safe and healthy and minimising risks to the environment from their organisations’ day-to-day activities.

“All of the Sword and Globe winning organisations share a commitment and resolve to achieve the highest standards of health, safety and environmental management. We are delighted that they are partners in helping achieve our vision that no-one should be injured or made ill through their work.”
Source: Milaha