Minimal Activity Becomes the Norm in the Shipbuilding Market

Ship owners are refraining from aggravating the existing balance between demand and supply, already not in their favor in many ships classes. This translates to a lull in newbuilding activity, a trend also noticed during the 2009-2010 crisis.

In its latest weekly report, shipbroker Allied Shipbroking said that “this was another week of minimal activity to be seen in the newbuilding market, as concerns regarding the health of the global economy starting to intensify once again after the latest macroeconomic data that has come to light. The uncertainty and the dread for a recession in sight, as well as the duration of this potential recession creates a mix of unfavorable conditions for new investments. This has led several shipping parties to re-consider their new ordering plans and probably postponing any decision for later in the year, when the outlook will be clearer. Here it is worth mentioning that the market outlook is not equally gloomy in dry bulk and tankers segments. There are some optimistic prospects for the wet market, backed by the healthier supply fundamentals and more stable demand. However, we do not expect to see any significant ramp up in orders over the following months. In the dry bulk market, it has been a difficult year so far, following a volatile 2019, a mere fact that makes buyers reluctant to over speculate at these prices. We will likely need to see further and heftier price drops before any real ramp up will be able to be noted in the market’s appetite for new orders can take place”, Allied said.

Shipbroker Banchero Costa added that “4 x VLCC new orders were reported during the week: Central Mare (Greece) agreed 2 x VLCC 300,000 dwt with Hyundai Heavy (S Korea) with deliveries end 2022. The two units will be scrubber fitted with prices in the region of $87.5 mln each. In addition, China Merchants Energy Shipping (CMES) ordered 2x VLCC 307,000 dwt at Dalian Shipbuilding with deliveries 3Q of 2022 for a price of $84.5 apiece. In the dry sector, Mitsui OSK agreed for 2 x Kamsarmax with YAMIC (Yangzijiang and Mitsui J/V) and 2 x Ultramax with DACKS (Dalian Kawasaki) with deliveries scheduled for 2nd half 2021 and prices not available”, the shipbroker said. 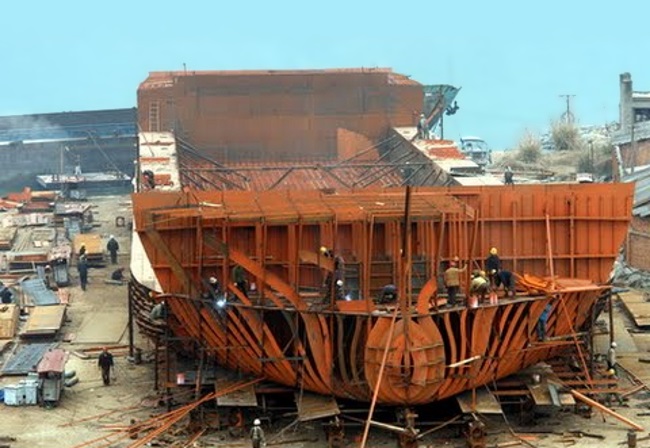 Meanwhile, on the S&P market, Allied Shipbroking said that “on the dry bulk side, the market moved sideways in terms of activity noted as of the past week. This was barely a surprise, given the uninspiring environment from the side of earnings. Moreover, given the prolonged period of relatively poor returns and overall bearish sentiment, it won’t be much of a surprise if we were to witness a negative track in buying appetite too in the coming months. For the time being, this passive mode in the volume of transactions is shared amongst all of the main size segments, with medium/smaller sizes though, showing a better potential (for the short-run at least). On the tankers side, a stronger week for the SnP market, which started showing a upward momentum once more. Moreover, the recent small period of mediocre activity doesn’t necessarily represent a worrying sign in terms of buying appetite. Given the ongoing pandemic situation and the volatile freight market, the periodical ups and downs in transactions are to be expected to some degree”.