Mitsui O.S.K. Lines, Ltd. announced that, along with Furuno Electric Co., Ltd. (President: Yukio Furuno; Headquarters: Nishinomiya-shi, Hyogo Prefecture), it made a joint presentation of their advanced augmented reality (AR)-based Navigation System to about 200 tanker industry representatives at the ENOC Marine Conference and OCIMF Middle East Regional Marine Forum held in Dubai in September. The presentation introduced the background behind the technology and development of the system, as well as MOL’s efforts to “forge ahead to become the world leader in safe operation.” The AR Navigation System provides visual support to crewmembers during their watch-keeping and ship operations by using AR technology to superimpose real-time video imagery and voyage information.

Large tankers, which have a deep draft*, require very careful ship operations in waters such as the Strait of Malacca, a highly congested shipping lane. If a collision or grounding occurred, it could lead to an oil spill and serious environmental disaster.
* The vertical distance between the bottom of the hull and the waterline.

AR Navigation System can display combined real-time video images and vehicle course information from nautical instruments on a display in the bridge even in congested sea lanes. Since it allows mariners, at a glance, to ensure that they are on a safe course, alerts them to nearby vessels that could pose a risk, shallow sea areas, and other potential hazards. The presentation gained considerable interest among tanker industry representatives in attendance at the conference. Using feedback gained at the conference, MOL will continue to work closely with FURUNO to study further upgrades to the system, with the goal of ensuring that the AR Navigation System will contribute to marine traffic safety through “the eyes of the captains and officers” who actually use the system onboard, and offer encouraging support to users.

MOL positions safe operation as a social commitment and the highest priority in all of its business activities, as the company forges ahead to become the world leader in safe operation. The company expressed its commitment to advanced support of safe operation and reduction of its environmental impact through the “ISHIN NEXT – MOL SMART SHIP PROJECT -,” which began in November 2016.
MOL continually introduces ICT technologies including the AR Navigation System to the world, and aims to become the customers’ first choice through top-quality services and safe operation backed by advanced technology. 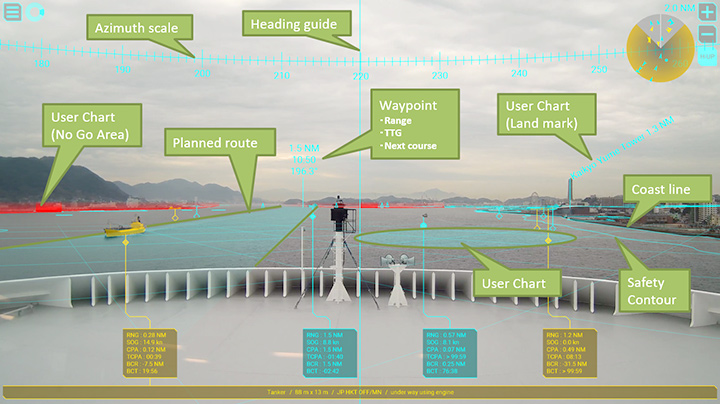 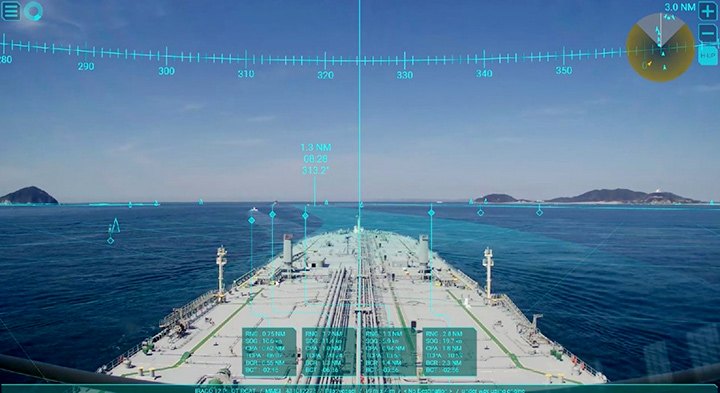