Mitsui O.S.K. Lines, Ltd. today announced that the establishment of MOL Magsaysay Maritime Academy Inc. in Salitran, Dasmariñas City, the Philippines — a joint project with Magsaysay Maritime Corporation (MMC) — has acquired official approval from the Philippine government’s Commission on Higher Education (CHED), clearing the way for the academy to open in August. 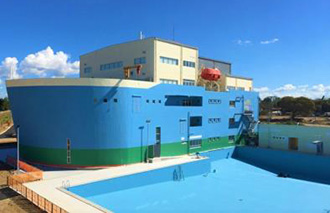 MOL Magsaysay Maritime Academy aims to build upon the achievements and expertise accumulated through 3rd Year Program, which has graduated over 700 seafarers, and provides an ever-higher level of training quality.

Construction of the academy facilities is already completed. The academy’s main feature, a training facility called the “Ship in Campus” is aimed at providing students with training that makes them work-ready as soon as they complete their studies. The facility imitates not only ship’s exterior, but also its layout of the practice facilities inside the building, as realistic as possible. An inauguration ceremony for the academy is planned in September, with guests from Philippine government agencies. 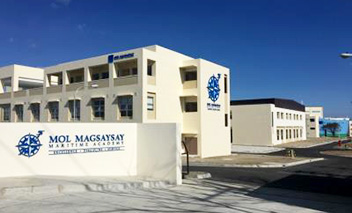 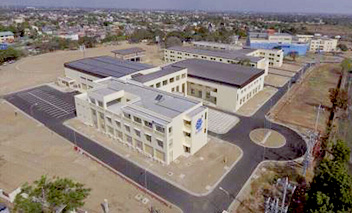 Bird’s eye view. The blue building in right hand inside is the “Ship in Campus.”

Filipino seafarers play an essential part in MOL’s worldwide vessel operations, and MOL aims to ensure the ongoing recruitment and training of high-quality seafarers by establishing this maritime academy in the Philippines to further improve marine technical skills, which is one of the items MOL calls for improving in its “Rolling Plan 2018” as the company works toward its goal of becoming “the world leader in safe operation.”

Training facilities of bridge inside “Ship in Campus” 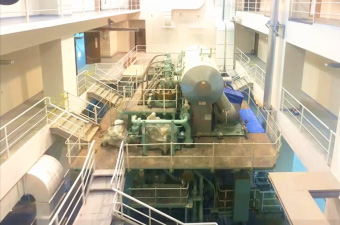 Main engine inside “Ship in Campus”