The Montreal Port Authority (MPA) held its annual meeting, at which President and CEO Sylvie Vachon presented the operating results for 2018.

The container sector was among the fastest growing sectors at the Port of Montreal in 2018, up 9% over 2017 with close to 1.7 million twenty-foot equivalent units (TEUs) transiting through all five terminals. Market diversification and the positive impact of the Comprehensive Economic and Trade Agreement are among the key elements in this success. Attesting to this vitality in the container sector in 2018, Maersk launched a new service connecting Montreal to Mediterranean ports, and Hamburg Süd joined the international container shipping lines serving the Port. This trend is continuing in 2019 with the arrival of COSCO SHIPPING LINES in Montreal.

Due to the sustained growth of the container sector, the major Contrecœur Terminal project achieved important milestones, such as public consultations related to the environmental impact assessment.

This is a fifth consecutive record year with a total volume of 39 million tonnes handled, resulting in a 2.3% increase over the previous year.

The cruise sector enjoyed another record year with 127,061 passengers and crew members, an 11% increase over 2017.

Turning to the financial results, operating revenues reached $123.7 million, up 9.8% compared to 2017 while expenses came to $95.6 million. Factoring in investment income, net earnings were $28.7 million.

The Port of Montreal’s competitive advantages enable it to stand out and uniformly pursue its growth. The strategic location, dedicated direct services by the world’s largest shipping lines, the opportunity to fully unload and reload vessels, the proximity of major distribution and consumer centres as well as the capacity to organize rail convoys directly dockside all contribute to making the Port of Montreal a major economic force for the region and the country, where client are invited to “Ship Different.”

Moreover, the Port of Montreal’s positive impact was reassessed upwards by a new study on its economic benefits conducted by S&B Data. The Port of Montreal generates close to $2.6 billion in Canadian GDP, of which more than 90% is concentrated in Quebec. This represents a 23% increase over the last economic impact assessment conducted in 2014. 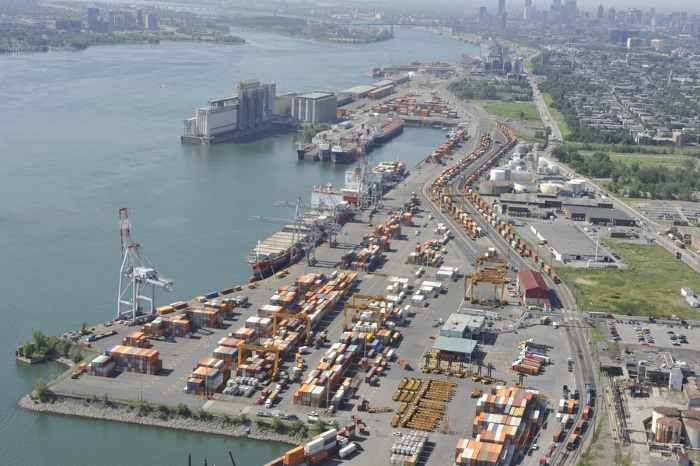 A sustainable and innovative port

The year 2018 was marked by many important events in the search for innovative solutions to meet the marine industry’s logistics challenges. The Port inaugurated North America’s first innovation accelerator in port logistics, located at Centech, and joined the TradeLens project developed by IBM and Maersk based on blockchain technology, a secure interface used exclusively for freight transport.

An inventory of GHGs and air contaminants throughout port territory was completed. It revealed that the intensity of GHG emissions specific to the MPA per tonne of cargo handled has been steadily decreasing over the past six years. Since the benchmark year 2007, it has dropped 45%, an average reduction of 4% per year.

“It is a source of pride for us to combine sustainable development with economic development, and to successfully accommodate growing volumes of goods while improving our environmental performance,” said Sylvie Vachon.

Source: The Port of Montreal