EuroDry Ltd., an owner and operator of drybulk vessels and provider of seaborne transportation for drybulk cargoes, announced its results for the three-month period ended March 31, 2019. Euroseas Ltd. (“Euroseas” or “Former Parent Company”) contributed to the Company seven subsidiaries comprising its drybulk fleet of six vessels, one Ultramax and two Kamsarmax vessels built between 2016 and 2018, and three Japanese-built Panamax vessels built between 2000 and 2004 (the “Spin-off”). The Company was spun-off from Euroseas Ltd. on May 30, 2018. Historical comparative period reflects the results of the carve-out operations of the seven subsidiaries that were contributed to the Company.

• Total net revenues of $5.8 million. Net income of $0.9 million; net income attributable to common shareholders (after a $0.5 million dividend on Series B Preferred Shares) of $0.4 million or $0.18 earnings per share basic and diluted. The results include a $0.9 million or $0.39 per share of unrealized gains on derivatives.

“During the first quarter of 2019, the drybulk markets continued the declining trend of the fourth quarter of last year as they were affected by trade uncertainties and iron ore supply disruptions. Charter rates reached a bottom in February but have since recovered to their levels in the beginning of the year. For our fleet, this decline was significantly mitigated due to our physical and FFA contracts we put in place in the beginning of the quarter that partly insulated us from the depressed markets.”

“We believe that the recent market slowdown is due to short term factors and that, in the medium and long term, the fundamental supply-demand balance is supportive of an improving market. Low orderbook levels and reduced vessel availability – from unavoidable downtime to implement solutions required for compliance with emissions and ballast water treatment regulation – and possible slowdown of the average speed of the fleet would limit fleet growth and allow any trade recovery to translate to higher charter rates.”

“We continuously evaluate opportunities for investment in vessels or refinancing options that would allow us to use our cash liquidity to generate consistent returns for our existing shareholders or new ones who might take advantage of the significant discount to the NAV that our stock trades at.” 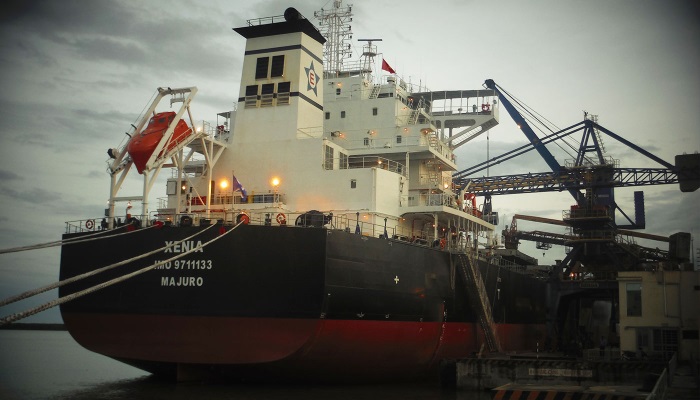 “Total daily vessel operating expenses, including management fees, general and administrative expenses, but excluding drydocking costs, decreased approximately 12% during the first quarter of 2019 compared to the same quarter of last year. Although the average number of vessels increased by two vessels, the new vessels acquired have a lower average daily operating expense charge due to their age and condition (one new-built vessel and a Japanese 2004-build Panamax). As always, we want to emphasize that cost control remains a key component of our strategy.”

On average, 7.0 vessels were owned and operated during the first quarter of 2019 earning an average time charter equivalent rate of $9,472 per day compared to 5.0 vessels in the same period of 2018 earning on average $11,896 per day.