Most UK Ports Unprepared For Brexit: Eight Out Of Ten Leaders Of UK Ports Admit To Little Or No Brexit Planning

Whilst pro-Brexit groups foresee a bright future for the UK as a global trading nation, chief executives and directors at ports and harbour authorities around the UK reveal that, with ten weeks to go, little or no planning has been done.

Leaders at almost every UK port and harbour authority – in total around 100 – were asked about their state of readiness by the Maritime & Shipping Practice at Odgers Berndtson, a leading executive search firm. Only 16% said they had made any “significant or practical” plans for Brexit. The remainder were equally split between ports doing “only some high-level planning” and nothing at all.

The findings are significant as the Government hopes regional ports will reduce additional demands on busy ports in southern England. “The ports industry is keen to seize on any opportunities arising from Brexit, but this is the first real indication of what’s actually happening outside ports like Dover,” said Paul Butterworth, head of the Maritime & Shipping Practice at Odgers Berndtson.

The heads of individual ports across the country, privately owned, as well as trust port authorities and ports groups, revealed that:

– Although most (over 80%) UK ports have done little or no planning for Brexit, over half (59%) expect a negative or strongly negative impact;

– Despite the lack of preparation, only 25% of UK port leaders think they are currently in a position to handle Brexit well. A third believe they could cope, but ideally with further investment, whilst over 40% either don’t know or doubt their ability to handle additional demands.

– Physical blockages and additional complexity arising from Brexit are the principal concerns of leadership teams, with around half (respectively 43.5% and 52%) giving these as their most pressing worries.

– Almost 80% gave physical infrastructure as their top priority for any further investment. Technology was first priority for 26%, with almost half (47%) making their second highest priority for additional investment. Most of the senior management teams (83%) believe their ports have the right people to lead in the short term. However, a similar number identified investing in senior people as a priority, albeit less urgent than infrastructure and technology.

“Finding senior people with the right combination of talents to develop UK ports strategically is already hard, and Brexit has made it much harder,” Mr Butterworth said. “People are unwilling to take the risk and relocate with so much uncertainty.”

“Traditionally both senior people and many semi and unskilled workers in UK ports have come from across the European Union,” he continued. “Whilst the UK aspires to attract a more global workforce, this doesn’t work at the top because the ports industry is very different in other parts of the world, and particularly the US. Meantime many senior people working in Asia don’t want to lose the higher lifestyles they currently enjoy.”

2 In light of continuing uncertainty, how is Brexit, in any form, likely to affect trade at your port/harbour in the short to medium term? 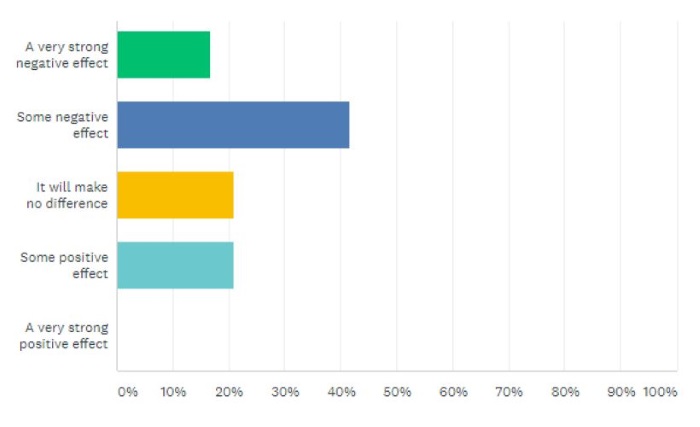 3 In terms of Brexit preparation how much planning have you undertaken?

4 To what extent is your organisation able to cope with the demands flowing from Brexit? 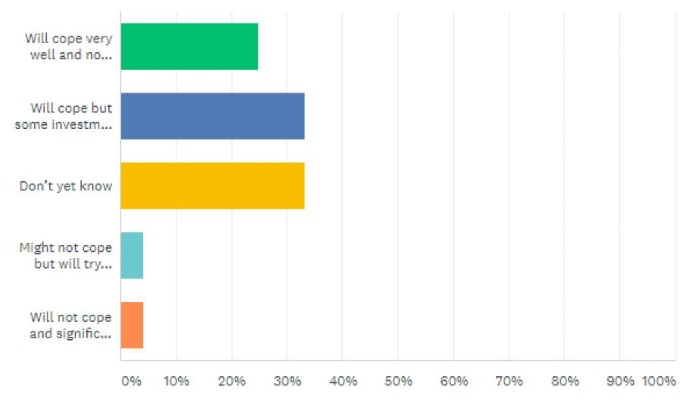 5 What is your greatest concern (5 being of most concern, 1 being of least)? 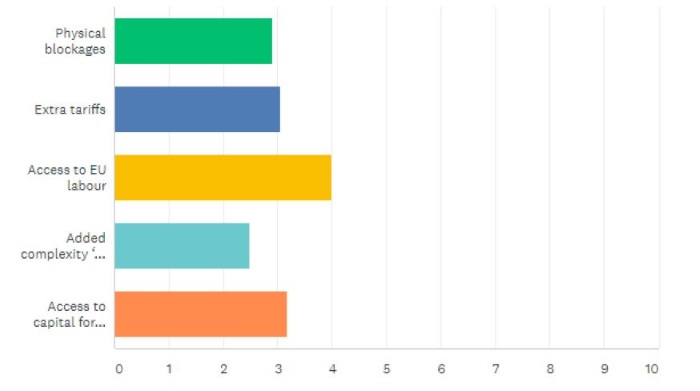 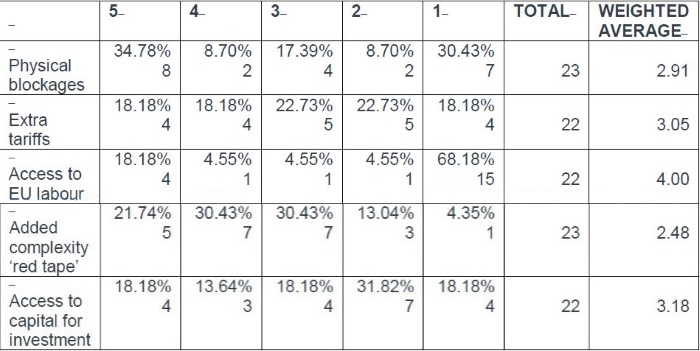 6 How would you prioritise spending of any potential future investment? (4 being the highest priority, 1 being the lowest) 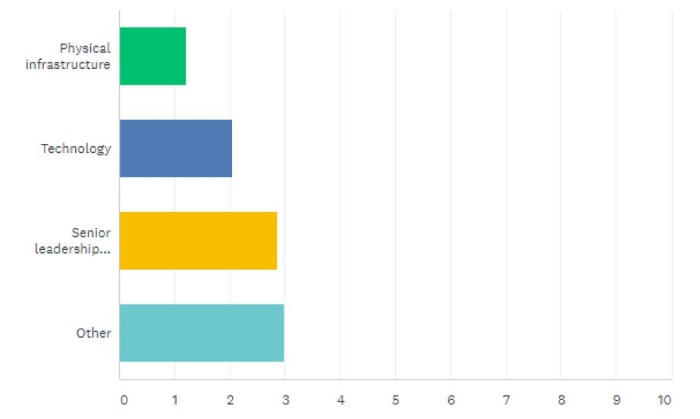 7 How confident are you that you have the skills and capabilities in your team, to lead the organisation over the next 12-24 months? 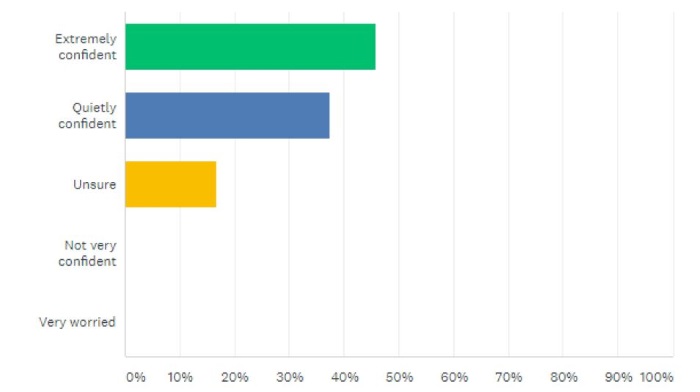 8 How big an issue is gender diversity in your port/harbour? 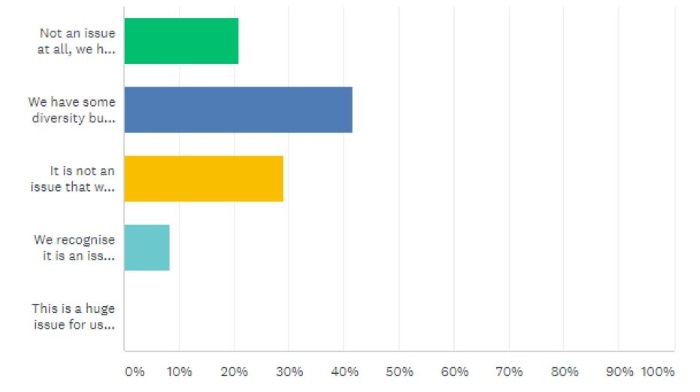 Yang Ming’s Latest Addition of Its 9th 11,000 TEU Ship to the Trans-Pacific Service