Indian Register of Shipping (IRClass), an international ship classification society, is delighted to announce that its Executive Chairman, Mr. Arun Sharma, has received India’s most prestigious maritime award, Varuna award, at the 58th edition of National Maritime Day. The nomination for the award was done unanimously by various maritime industry bodies.

This highest maritime honour, instituted by the National Maritime Day Celebrations (“Central Committee”), recognises and honours individuals for their sustained and outstanding contribution to Indian maritime sector, as well as exhibiting strong leadership skills and decision-making that has inspired positive changes to the industry.

A marine engineer with a strong technical and commercial background, Mr. Arun Sharma is currently leading the Indian Register of Shipping (IRClass). He has held several top management positions with key shipping companies in his career spanning several decades. He was also the Chairman of Strategy Committee of IACS and head of Small Group on Quality Policy (SGQP). 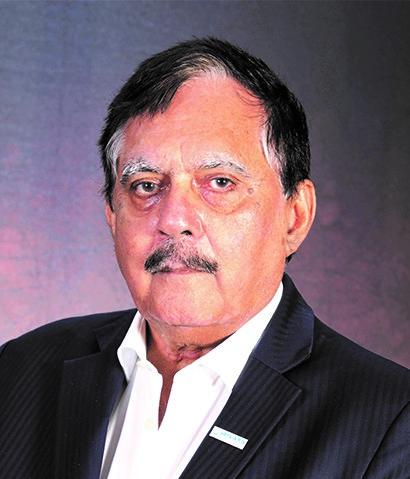 Starting his career with The Shipping Corporation of India, he held senior management roles with Varun Shipping Company, Great Eastern Shipping and India Steamships. He has served on the board of Indian National Shipowners’ Association and on the Asia Committees of leading classification societies.

During his tenure as International Association of Classification Societies (IACS) chairman, Mr. Sharma led the organisation’s rapid response to assist the industry during the pandemic. The first wave of mitigative measures, which included maintaining the validity of certificates and allowing the sharing of IACS members’ exclusive surveyors, were quickly implemented to allow ships to continue operations and hence, facilitating trade.

Mr. Sharma, Executive Chairman of IRClass said: “I am deeply honoured to be recognised by the Committee. This success can only be achieved with the unwavering commitment and dedication of our team as well as supportive industry organizations. I am grateful to have the opportunity to contribute in international maritime arena as the Chairman of IACS from 1st Jul 2019 to 30th June 2020 and as the present Vice Chairman.”

“Going forward, we will remain steadfast in our commitment to maritime safety and quality in India and globally. IRClass will continue to grow its footprints across the world with plans to open more offices in the Middle East and Africa. It sees significant growth opportunities there and IRClass sets its sights on building long-term commitment in the region.” Mr. Sharma concluded.
Source: Indian Register of Shipping (IRClass)

2021-04-08
hellenicshippingnews..
Previous: Options traders see one Big Oil name retesting its highest levels of the year by May
Next: Longer time seen for oil demand to reach pre-Covid-19 level