In its first visit to the Kingdom, MSC MINA, one of the world’s largest container ships, has docked at King Abdullah Port, the Saudi port with the capability to receive the largest vessels in the world. The docking occurred amidst a warm welcome and in the attendance of representatives from the port’s management, officials from the Economic Cities Authority, several government agencies active in the port, and representatives of major clients, who boarded the mega vessel to observe its massive size and capacity, and to learn about its components and advanced technologies.

The MSC MINA has a capacity of 23,656 TEUs and features a length of 400 meters, a breadth of 61 meters, and a draft of 16.5 meters. In regards to container storage, MSC MINA can accommodate 24 rows of containers, with a height of 13 containers per row. Classified among the MSC Megamax-24 category, the largest category of container vessels in the world, the MSC MINA helps reduce fuel consumption on the container level according to transport experts and therefore helps reduce overall transport costs and carbon dioxide emissions. 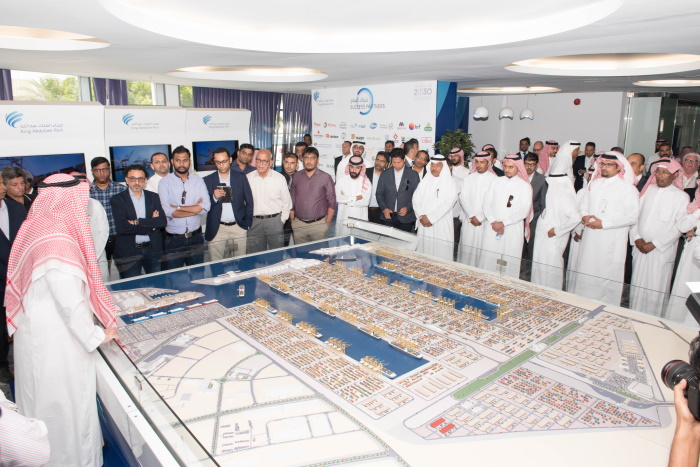 In 2013, King Abdullah Port announced its partnership with MSC and one year later received the MSC LONDON, which was the largest container ship to dock at a Saudi port at that time, followed in October 2015 by the MSC MAYA, the world’s largest at the time.

King Abdullah Port is characterized by its powerful, state-of-the-art infrastructure and the world’s deepest 18-meter water berths. It is equipped with the world’s largest and most advanced cranes, which utilize the latest technologies and feature a lifting capacity of up to 65 tons, and which can handle 25 containers, thereby enabling the port to serve mega container vessels now and in the future.

The port recently announced the completion of the largest trade operation of its kind in the Kingdom with the receipt of 28 of the world’s latest Liebherr cranes as part of the new phase of the container terminal expansion project. The latter was sanctioned in a Memorandum of Understanding signed with the National Container Terminal Company last February at the official opening of the port in the attendance of the Crown Prince HRH Prince Mohammed bin Salman. Technical teams are currently installing the cranes in the port and they are expected to begin operating by the beginning of next year.

Established in 1970 as a private company and based in Geneva, MSC has become the second largest container company in the world. The company runs 480 offices in 155 countries with more than 24 thousand employees. With trips passing through more than 200 trade routes connected to more than 315 outlets, MSC features a strategically important network of services that have made it the preferred global solution provider for many of the world’s shipping companies. 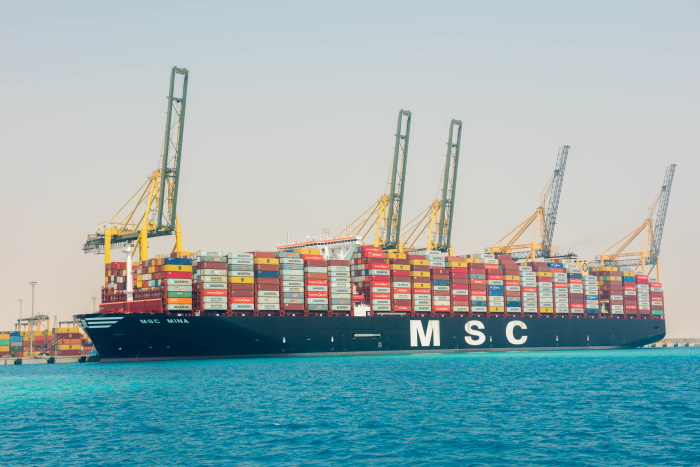 Run by the Ports Development Company, King Abdullah Port is the region’s first port to be fully owned, developed and operated by the private sector. It has been listed as the fastest-growing container port and one of the world’s 100 largest ports after less than four years of operation. Ten of the largest shipping lines work at the port to offer integrated services to importers and exporters.

The port’s development plan is proceeding at a steady pace and with a clear vision to become one of the world’s leading ports by utilizing its advanced facilities and proximity to the assembly, re-export, and logistics services zones, thereby offering clients logistics support that can enable them to achieve their desired growth.
Source: King Abdullah Port