CMN Shipyard in Cherbourg, France, conducted sea trials on the 13th June 2018 on the OPV Thémis from the French Coastguard (Affaires Maritimes). The patrol vessel received a hydrodynamic upgrade at the shipyard by retrofitting the patented Hull Vane®, an underwater wing which reduces the ship’s resistance. Comparison with the benchmark sea trials – conducted in January in exactly the same conditions – by CMN’s sea trial team showed a reduction in fuel consumption of 18% at 12 knots, 27% at 15 knots and 22% at 20 knots. The top speed increased from 19.7 knots to 21 knots. 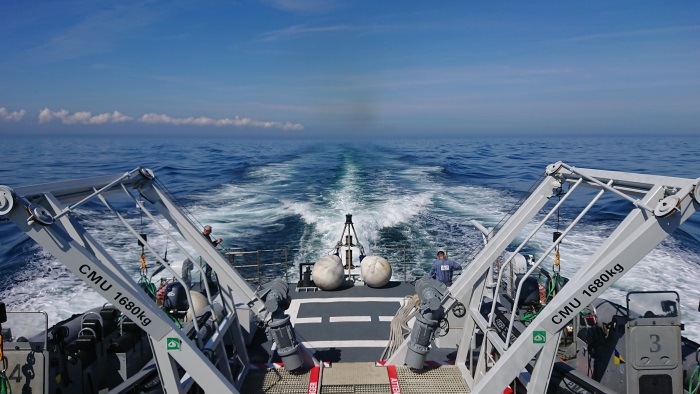 Yves Rouillé, Senior Naval architect at CMN: “When we came across the Hull Vane® technology, we saw it as a very simple and effective way to improve the performance of our naval and coastguard vessels. We initially conducted a study with Hull Vane® on one of our series, the CL52 Vigilante, which is representative of many OPVs we have built over the years. Through the use of Computational Fluid Dynamics (CFD), an excellent savings potential was demonstrated over the entire speed range. We then proposed the solution jointly with Hull Vane BV to one of our clients, the Affaires Maritimes, which is a dependency of the Ministry of the Environment.” 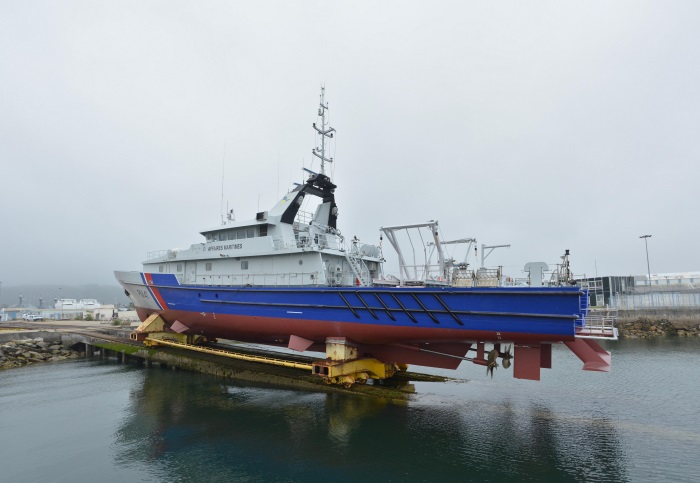 Pascal Brantonne, technical superintendent of the Affaires Maritimes: “We were very impressed with the fact that CMN, twelve years after delivery, still put so much effort in optimising the ship they built. We are very satisfied with this vessel, and we even have crew who drive to Cherbourg all the way from the South of France because it’s the favourite vessel in our fleet. So it was important that the ship should improve in all ways. An important part of the decision was that the Hull Vane® also improves the ship motions in waves, as we frequently sail in rough seas. This will certainly be appreciated by the crew.” 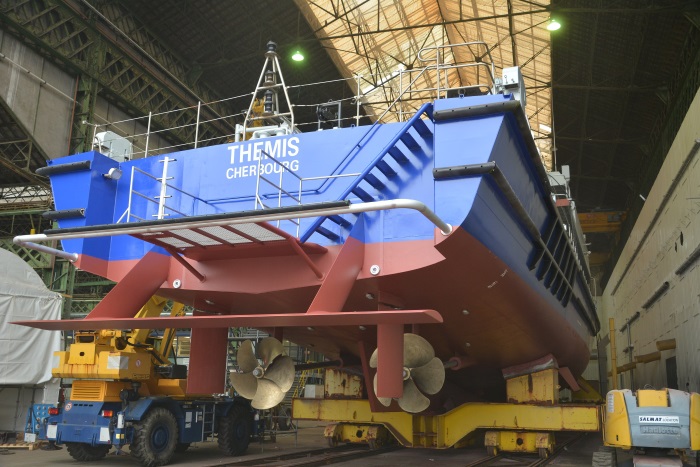 After the order for the Hull Vane®, the device was specifically optimised by Hull Vane BV for the Thémis, which differs from the standard CL52, but the results were very similar. Bruno Bouckaert, sales director of Hull Vane BV: “The Hull Vane® is basically a patented application of a hydrofoil on ships where you wouldn’t expect one: steel and aluminium vessels which operate in the area between full displacement and planing mode, what we call fast displacement vessels. It works by creating a lift force from the upward flow at the stern. This lift force is angled forward and therefore not only lifts the vessel, but also pushes it forward. The Hull Vane® also reduces the stern wave, which is a form of energy loss, which we try to minimise.” 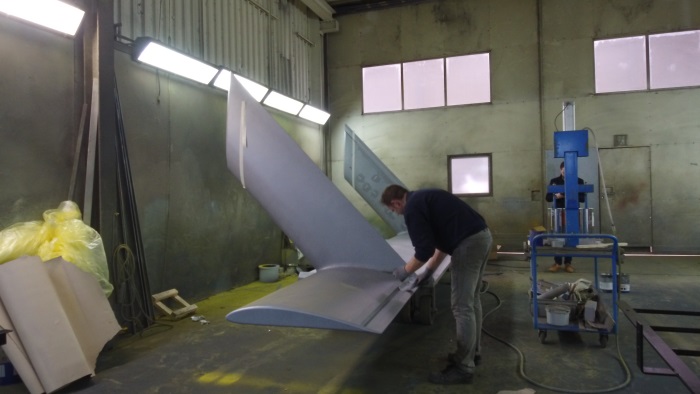 The Hull Vane® for Thémis is the eleventh unit built, but it’s the first one retrofitted on an Offshore Patrol Vessel, a ship type which Hull Vane BV expects to become one of their major markets. About a dozen studies and model tests have indicated similar savings percentages on patrol vessels, ranging from 25 metres to 108 metres. The Hull Vane® was built of steel in the Netherlands and was transported to Cherbourg by truck. CMN was in charge of the installation and the structural integration, including a lengthening of the divers’ platform. 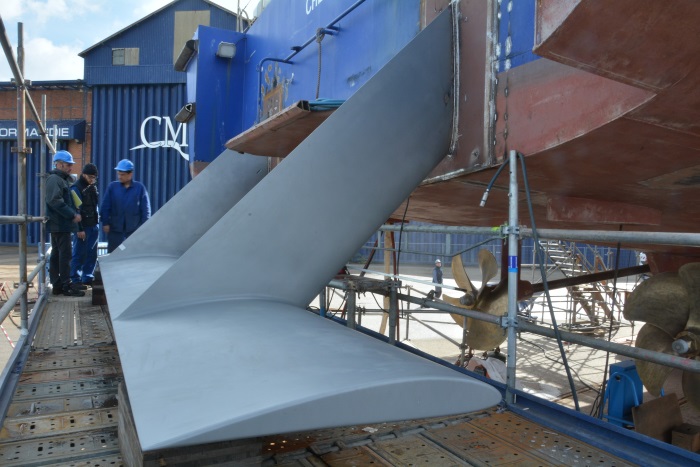 The influence of the Hull Vane® can be clearly seen in the modification of the wake behind the vessel, as shown in the images below, which show the wake before retrofit on the left, and after retrofit on the right. The results match very closely the performance predicted in CFD, by Hull Vane BV’s sister company Van Oossanen Fluid Dynamics. Model tests were not done for this project to save on cost and time.

Thémis has a top speed of 21 knots, but most of the time she sails around 12 knots to save fuel. Taking into account the operational profile of the vessel, the annual savings amount to 20% of the fuel consumption, and of course the same percentage in emissions of CO2, particulate matter, NOx and SOx. 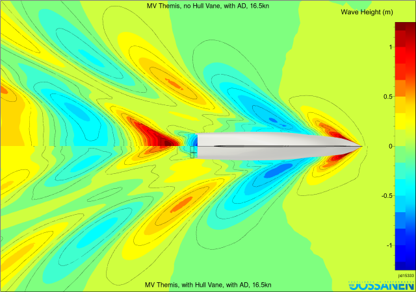 Pascal Brantonne: “We aim at reducing the greenhouse gas emissions of our fleet. The easiest way is to sail less or slower, but we already do so. If we would do it more, we would need more ships to carry out the same tasks. The challenge now is to find technical solutions which significantly reduce our emissions, and the Hull Vane® is certainly one of them. Moreover, it’s one that pays for itself by reducing our fuel costs. The cooperation with CMN and Hull Vane® has been very pleasant and all our concerns were adequately addressed. We look forward to many years ahead on the Thémis.”

For Hull Vane BV, this application is the first in France, where there is a huge potential in OPVs, naval ships, passenger vessels and offshore supply vessels. The company will exhibit at the Euronaval Trade Show in Paris, on booth I110, next to the CMN booth. Earlier, the company will also exhibit at the Seawork and SMM trade shows. The Hull Vane® is not only suitable for midlife upgrades, but can also be integrated in new constructions.