This is the 21st consecutive year that KVH has achieved the NMEA distinction for its TracVision satellite television antenna systems and the 16th time that KVH’s TracPhone satellite communications antenna systems have been recognized. 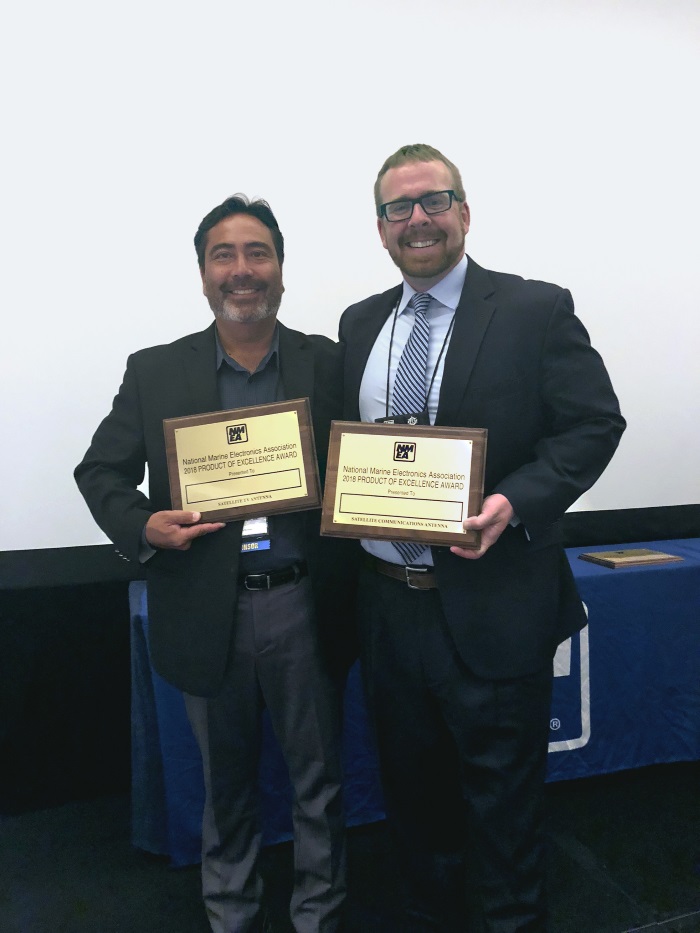 The NMEA Product of Excellence Awards are presented annually to recognize design, performance, and reliability in marine electronics products. The winners are selected by a vote of the members of NMEA, an industry group made up of more than 600 companies, including manufacturers, dealers, and boat builders.

“Receiving the NMEA awards is an honor for us, and we thank the members of NMEA for their consideration,” says Martin Kits van Heyningen, KVH chief executive officer. “The fact that the voting is done by electronics dealers who work with our TracVision and TracPhone systems every day makes these awards even more meaningful to us.”

The TracVision TV3 is an ultra-compact marine satellite TV system ideal for powerboats and sailboats that cruise as far as 100 nautical miles offshore. The TV3 makes it possible for boaters to enjoy their favorite high-definition television programming while on the water. The 37 cm (14.5 inch) diameter system includes an IP-enabled TV-Hub for easy setup and operation and makes it possible to access system information from a smartphone, tablet, or computer.

KVH is a mobile tech innovator that provides connectivity solutions for commercial maritime, leisure marine, and land mobile applications on vessels and vehicles, including the award-winning TracPhone and TracVision product lines, the global mini-VSAT Broadband network, and AgilePlans™ Connectivity as a Service (CaaS). The company’s Videotel™ business is a market-leading provider of training films, computer-based training, and eLearning for the maritime industry, and its KVH Media Group provides news, sports, and entertainment content with such brands as NEWSlink™ and SPORTSlink™.
Source: KVH