New film from BIMCO calls on decisionmakers to support seafarers

BIMCO is launching “Seafarers Deserve Support”, the second in the series of films produced to raise awareness, this time calling on governments and decisionmakers world-wide to step up and support the seafarers behind world trade.

On any given day, around one million seafarers are working on some 60,000 large cargo ships world-wide. It has been estimated that in September 2020, around 400,000 seafarers requiring repatriation were stranded at sea due to the COVID-19 pandemic, and in some instances, seafarers have not been able to go home for 18 months.

The pandemic has exposed a widespread lack of understanding about the crucial role of seafarers and with many countries fighting a third wave, the crew change crisis is far from over. Like its predecessor, “Ships Make the World Go”, the aim of “Seafarers Deserve Support”, is for the film to be shared as widely as possible to help raise awareness. 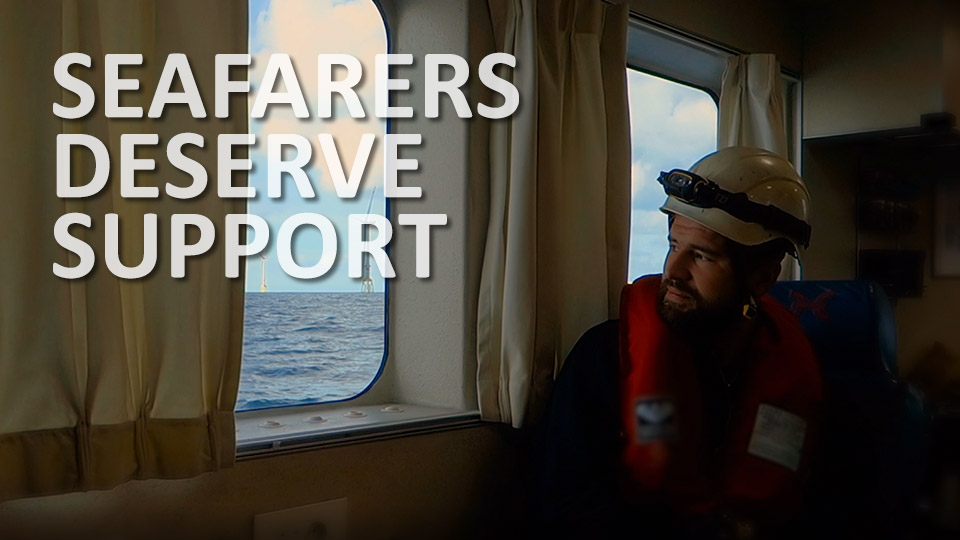 “Never have we faced more urgency to make sure our seafarers are given the support they need and the fairness they deserve. These are the people that keep the world supplied, the people behind world trade,” says BIMCO’s Secretary General and CEO, David Loosley.

“The pandemic has demonstrated that too many outside the shipping community are unaware of the crucial role that seafarers play. The lack of action by governments needs to be addressed repeatedly so that our seafarers are protected and can go home safely after work,” Loosley says.

In addition to the lack of action in finding solutions that will allow crew change – including seafarer vaccination programmes – seafarers are exposed to other safety issues that urgently require the attention and action of governments. Globally, 135 crew were kidnapped from their vessels in 2020, with the Gulf or Guinea accounting for over 95%, a rise from 2019.

“No seafarer deserves to risk being kidnapped while he or she is carrying out their job, and no seafarer deserves to be stuck at sea for 18 months while delivering everything that we need in our daily lives. It is time that governments step up in their support for seafarers,” says Loosley.

“Seafarers Deserve Support” serves as a valuable tool to help raise awareness, educate and increase the support for seafarers. The film can be viewed and shared via this link: https://www.bimco.org/SeafarersDeserveSupport
Source: BIMCO