On the eve of the latest round of UN ship climate negotiations at the International Maritime Organisation in London, a new report published by Seas at Risk and Transport & Environment has highlighted how slower ship speeds would massively reduce the damage shipping is causing to human health, nature and the climate.

The large positive effect that reduced speeds can have on ship GHG emissions is well known. What has received less attention is the positive effect such a change in speeds would have on nature and human health. 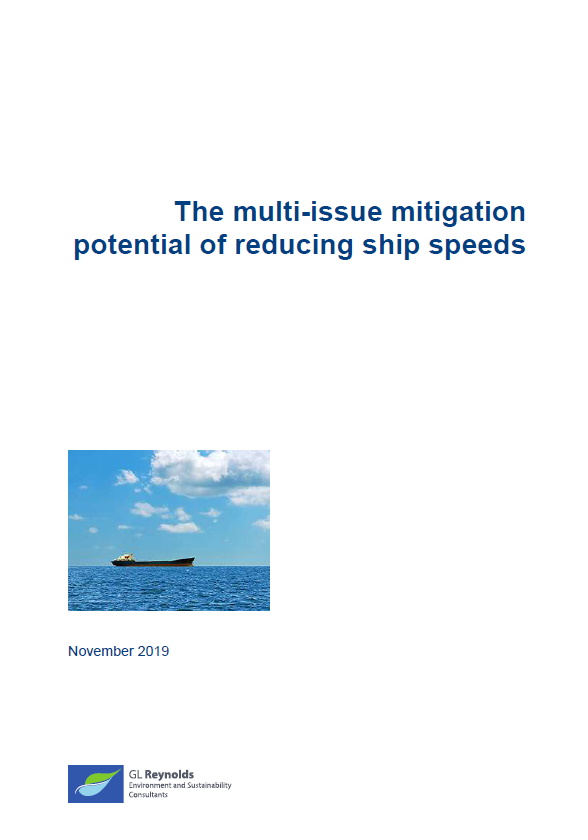 The report describes how a modest 20% reduction in ship speed would reduce underwater noise pollution by 66%, and the chance of a fatal collision between a ship and a whale by a massive 78%. Both noise and whale strikes are having a serious impact on the health of the marine environment.

Reduced ship speed means reduced fuel burn, resulting not just in reductions in GHG emissions but also big reductions in black carbon, sulphur and nitrogen oxides, all important air pollutants. SOx and NOx emissions have serious implications for human health, while black carbon is a concern in the Arctic where it is responsible for accelerating global heating.

“Speed reduction is the closest thing to a silver bullet the IMO will ever see” said John Maggs from Seas at Risk. “Delegates attending this week’s IMO climate negotiations have on the table proposals to reduce ship speed that would not just make a big dent in shipping’s climate impact but would massively reduce air pollution, underwater noise pollution, and the incidence of fatal collisions between whales and ships, all issues that the IMO must also deal with.”

“Killing four birds with one stone is pretty good, but when you add in that it saves shipowners money on their fuel bill, it really is a no-brainer”, said Faig Abbasov from Transport & Environment.
Source: Seas At Risk