In advance of today’s (2 July 2018) council meeting of the International Maritime Organization (IMO), Transparency International is releasing a new report that highlights several transparency and accountability flaws that could hinder the IMO’s ability to deliver on its own climate goals in reducing carbon emissions.

Entitled, “Governance at the International Maritime Organisation: The Case for Reform,” the report outlines several key policy issues and recommendations that the IMO, the United Nation’s leading shipping agency, must address in order to meet international standards for transparency, accountability, and integrity. These changes are essential if the IMO is going to honour its environmental and climate mandates and reach a reduction of greenhouse gas emissions of at least 50 per cent by 2050. 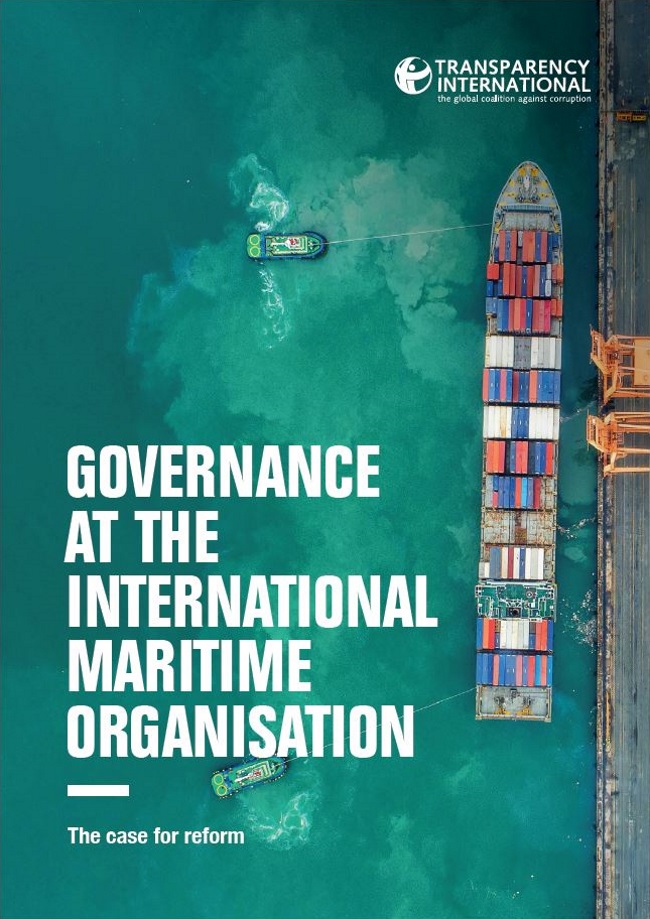 “In order for the IMO to meet its ambitious goals to reduce shipping emissions, several things need to change,” said Rueben Lifuka, vice chair of Transparency International. “Our biggest recommendation is to transform the IMO’s accountability policies, which are currently hindering policymaking and leaving the agency susceptible to private influence. While the IMO’s initial strategy adopted in April is a big step forward for the international shipping sector, more must be done to ensure the agency meets its targets.”

Currently, if left unchecked, shipping emissions could grow from approximately 2.5 per cent to 17 per cent by 2050. However, to limit the rise in global temperatures by one-and-a-half-degree, as outlined in the Paris Agreement, some research suggests this number must actually reach zero by 2050. As the principal international body tackling shipping issues, the IMO has a significant role to play in curbing emissions.

However, in its current set-up, the IMO is at risk of severely under-delivering on its targets. The report finds several specific flaws in the IMO governance structure, including a disproportionate influence of private industry over the IMO and an unequal influence of certain Member States in the policymaking process. In addition, the agency suffers from an increase in privately-operated registries in states that serve as tax havens and a lack of delegate accountability.

Following the release of Transparency International’s preliminary report findings in April 2018, some Member States have since raised similar concerns, however, the IMO has yet to commit to any concrete reforms.

As such, Transparency International urges the IMO and its Member States to take the following immediate actions:

· Engage in open dialogue with civil society, industry and other key stakeholders to improve transparency and remove current restrictions on journalists covering IMO meetings and speakers.

· Ensure decision-making processes are transparent and reflect the public interest by developing rules for the appointment of Member State delegations and third-party representatives.

· Ensure decision-makers are subject to robust integrity rules by expanding the mandate of the Internal Oversight and Ethics Office to detect and investigate potential breaches in the code of conduct and provide subsequent sanctions, if necessary, or refer to national authorities, as appropriate. In addition, extend the IMO’s whistleblowing and complaint policies to include Member State representatives.