A new survey from the International Chamber of Shipping (ICS) and the European Community Shipowners’ Associations (ECSA) reveals that not only is internet access for seafarers for personal use on board ships more widespread and available than previously imagined, but also that the positive benefits associated with this access outweigh the feared safety concerns around the technology.

The responses to the survey carried out by ICS and ECSA, with support from the Asian Shipowners’ Association (ASA), indicate that the provision of internet access to seafarers for personal use may have improved the mental health and well-being of seafarers (according to 60% of respondents) and the morale of seafarers in the company (according to 69% of respondents). 82% of those organisations who responded provide internet access to seafarers for personal use. Despite industry concerns that internet access may negatively impact upon seafarers obtaining adequate rest and sleep during periods available for rest, 85% of these companies reported that this has been unaffected or improved. Similarly, whilst there have also been concerns expressed as to whether internet access may negatively or positively impact upon the work performance of seafarers, 96% of companies reported that this has not deteriorated. 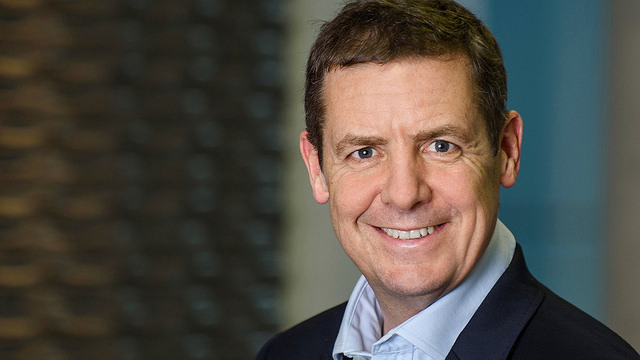 In addition the majority of companies reported that the number of incidences of seafarers seeking assistance due to family or home-related anxieties have stayed the same, despite speculation that increased communications with family might generate more anxieties about problems ashore. On another positive note, the vast majority of companies (93%) responded that the number of reported incidences of online bullying and harassment have not increased, despite speculation that greater internet access might expose seafarers to this behaviour.

Guy Platten, Secretary General of ICS, said: “This survey provides a very optimistic picture not only of the positive impact of access to the internet for the seafarer, but also of the industry’s readiness to embrace technology that will be commonplace in the future. If you had asked the same operators whether they offered crew personal access to the internet only five years ago the results would have been very different.

“We were also pleased to see that a majority of companies have a written policy related to internet access by seafarers for personal use on board ships. However, it is quite surprising that nearly a quarter of companies indicated that they have not put any written policy in place, and as we move towards greater connectivity this must be considered a matter of concern in relation to cyber security issues.”

Martin Dorsman, Secretary General of ECSA added: “Internet access on ships for seafarers’ personal use is a key factor in efforts to improve the working conditions of seafarers and to attract future generations into the sector – people to whom a world without the web is entirely alien. We have been discussing this topic with our social partner, the European Transport Workers’ Federation, in the European social dialogue. 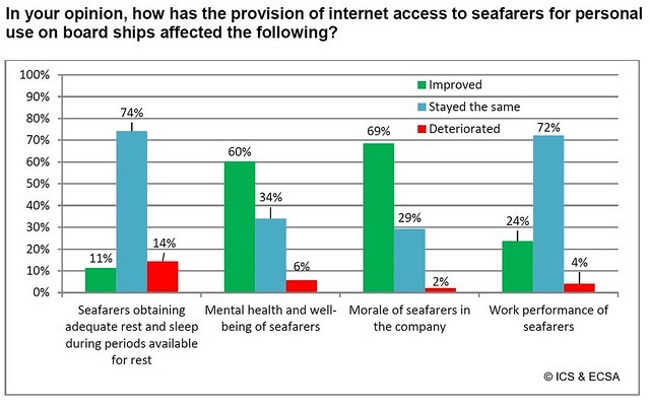 “The results of the survey are very encouraging – both in terms of responses received and the state of affairs they have mapped out. They show that a large majority of companies are indeed providing internet on board for personal use, whilst concerns about possible detrimental effects on seafarers are shown to be largely unfounded. Nevertheless the industry still has some way to go and we look forward to continuing to work with our social partner to encourage best practice.”

The survey on the provision of internet access to seafarers for personal use on board ships received responses by 276 operators with 11,665 ships, representing 14% of the world fleet, with a profile of respondents closely reflecting that of the world fleet.
Source: International Chamber of Shipping (ICS)