Any momentum noted the newbuilding and S&P markets over the course of the weeks prior to the end of March seems to have evaporated, during the course of the past three weeks. Ship owners have refrained from placing any further orders, as a result of the pandemic and the global recession it has already sparked. With more predictions now talking about a U-shaped recovery, rather than a V-shaped one, as was originally thought, owners are keeping their liquidity close to their chests, at least until some distressed sales appear on the market, like they did in the recent global financial crisis of a decade ago.

In its latest weekly report, shipbroker Banchero Costa commented on the newbuilding market that “in the tanker market, NYK singed a single VLCC at Nantong COSCO KHI (NACKS) for delivery during 2nd half of 2021 at a price around $90 mln. Furthermore, Sumitomo shipyard received an order from Finnish owners Lundqvist Sumitomo for a standard design Aframax tanker 112,000 dwt, with delivery during 1st half of 2022. BP USA made an order at COSCO Shipping Heavy Industry (Nantong facility) for 1 x FPSO 150,000 dwt to be delivered during mid-2022. In the dry bulk market, activity was mainly focused in China: Minsheng Financial Leasing ordered 3 x 22,500 dwt Handysize at Zhejiang Ninghai with delivery starting from 2021. China Development Bank confirmed 3 x 63,500 dwt Ultramax at New Dayang, with delivery starting from 2021”. 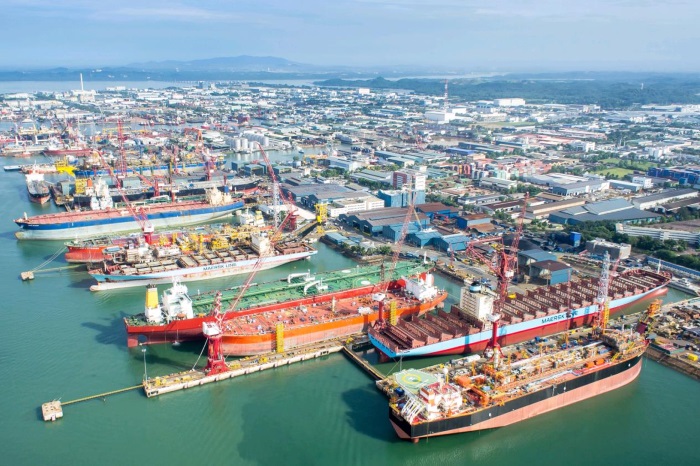 Similarly, in the S&P market, Banchero Costa added that “A couple of interesting deals came to light: 2 x modern Ultramax mv ILLISOS and KIFFISOS 63,000 dwt built in 2019 at Imabari (BWTS fitted) were sold to ADNOC for $26.3/26.5 mln range. A 2010 Kamsarmax mv BW BARLEY 83,000 dwt built at Sanoyas (SS due in 2023) was sold to Scandinavian Buyer with a charter back for 2 years at $11,000/d. On Wednesday some offers were invited for the 2 x Handysize 35,000 dwt built in 2010 at Nantong mv ASIAN PEARL III and IV which will be interesting to follow to understand the direction of the price for 10 yrs old Chinese units. In the tanker market there was definitely more traction and requirement especially for vintage VLCC for further storage capacity driven by oil price. 3 x VLCC were sold at a very firm en bloc price: the MARBELLA 281,000 dwt built in 2000 at Mitsubishi, the KELLY 280,000 dwt built in 2000 at Mitsui and the RENE 281,000 dwt built in 2002 by Mitsui for a total price of $92 mln en bloc to Middle Eastern buyer. In the smaller product tanker segment, the ESTHER 36,000 dwt built in 2005 at HMD was sold to the Indonesian Waruna for a price of $9 mln”, the shipbroker concluded.