Newbuilding Market Picks Up its Pace

Demand has picked up in the newbuildiing market, with an increased number of orders being report over the past week. In its latest weekly report, shipbroker Allied Shipbroking said that “it was a week with some very interesting fresh deals in the newbuilding market. In the dry bulk sector, we saw the order of two Capesize units, which is estimated to be just the second order noted in this size segment in the year so far. Despite the positive trajectory of Capesize earnings, buyers have remained reluctant so far, given the previous years’ disappointing earnings and the record high newbuilding prices. However, this order was not the only one witnessed this past week in the sector, as an order for 2 Kasmarmaxes as well as one for 2 Ultramaxes also emerged. The resuming corrective mode noted in freight earnings coupled with the increases seen in asset prices have not completely cut buying interest, as confidence seems to still be robust. In the tanker market, we also witnessed some activity this past week, despite the uninspiring earning levels of the past few months. Sentiment remains hurt amongst buyers, but hopes of a significant upturn later on in the year has revived some appetite. Prices are a barrier here as well, as they remain overall above their 5-year average figures. Finally, a couple of fresh orders were also noted in the containership market once again, in a period with very intense interest from the side of buyers”, Allied said.

In a separate note this week, shipbroker Banchero Costa added that “the container market received the majority of the orders this week. In China, Seaspan Corporation placed an order for six+six option Neo Panamax (approximately 15,000 TEU). Hudong Zhonhua and Jiangnan will share the vessels equally. Star Ocean Marine of Singapore has placed an order for six 2,500 TEU units at Zhoushan Changong. 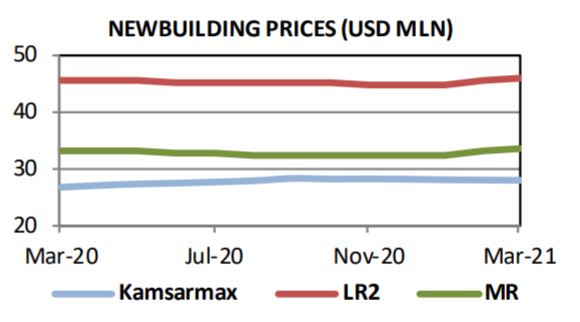 Vessels will be gearless and delivered from end of 2022. The same yard also received an order from Sea Consortium for 3+2 option feeders with a capacity of 3,100 TEU, with delivery scheduled for 2023. In the tanker market, Centrofin exercised an option at Samsung for two Suezmaxes (approximately 157,000 DWT) with delivery in 2023 (three units were already ordered by the same Owners) at a cost of $58 million each. In the LPG market, Hyundai received an order from Eneos Ocean for two 91,000 CBM LPG carriers with delivery scheduled for 2022”. 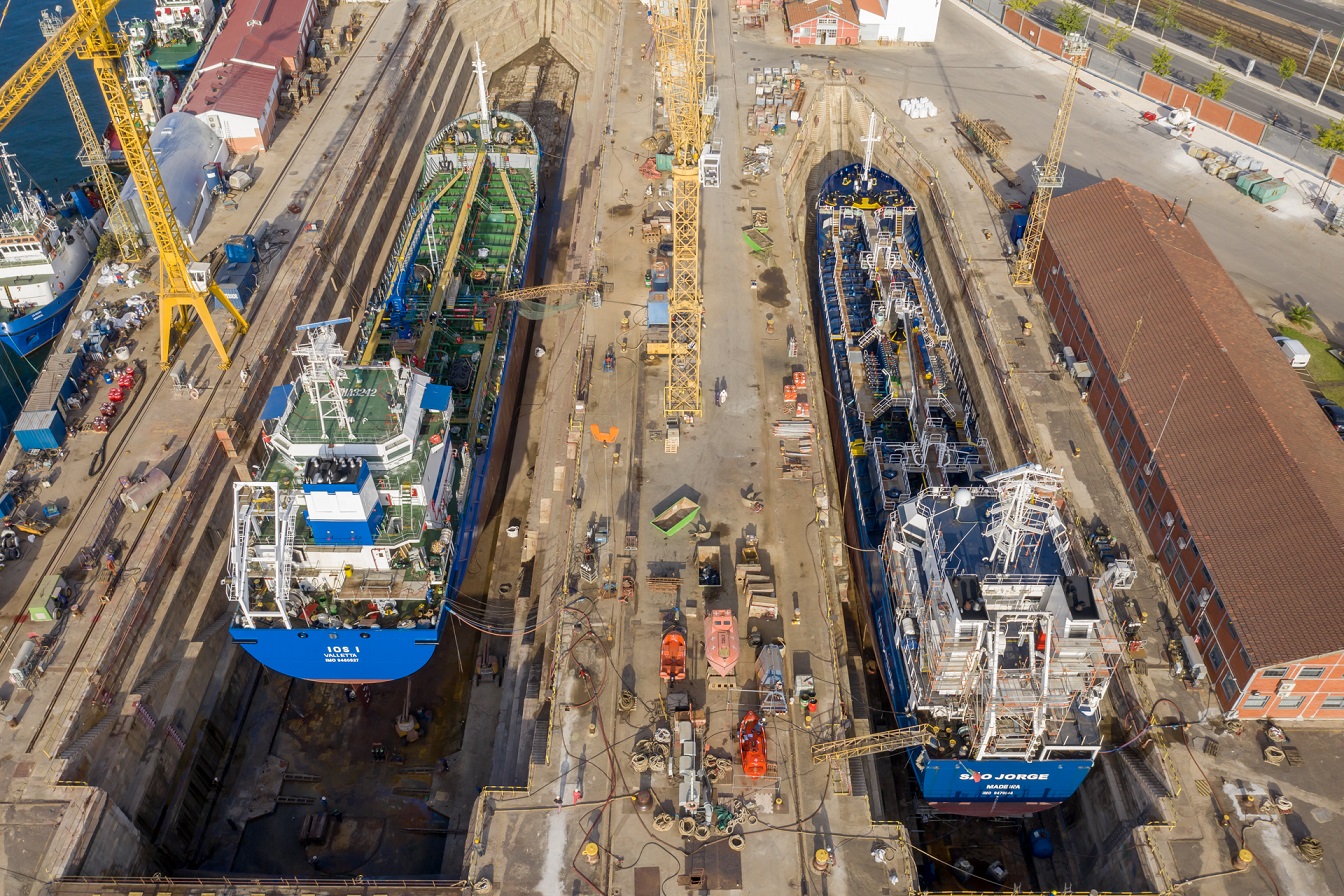 Meanwhile, in the S&P market, Allied commented that “on the dry bulk side, the decreased activity compared to what we have witnessed the past few months is reflecting to some degree the slightly increasing concerns amongst buyers. The corrections noted in freight earnings the last few weeks, the number of fresh units hitting the water and the high asset prices have all trimmed buying interest to some degree. At the same time, keen sellers are not abundant in the market, as despite the recent downward route in freight rates, sentiment remains relatively robust in the segment. On the tankers side, we are witnessing a totally different picture emerge, as activity increased for yet another week, in spite of the disappointing freight earnings. Many buyers are now trying to position themselves in front of competition before any anticipated market upturn set to take place. Keen sellers are also growing, as a result of accumulated low earnings. Asset prices are moving upwards here as well, but they remain still close to their 5-year average figures”. 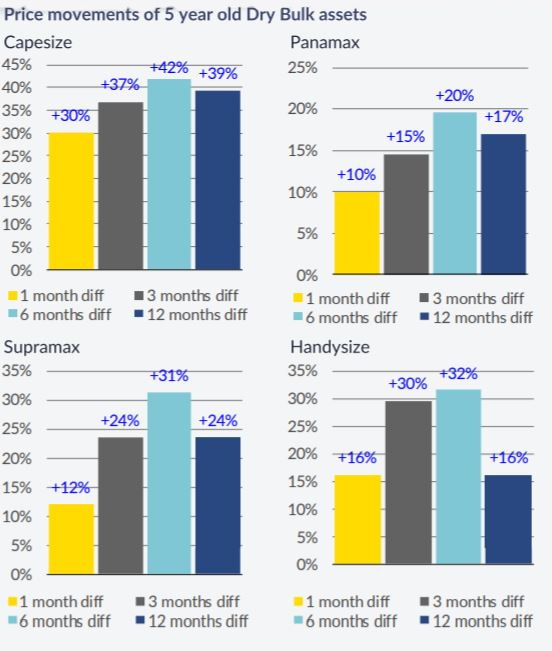 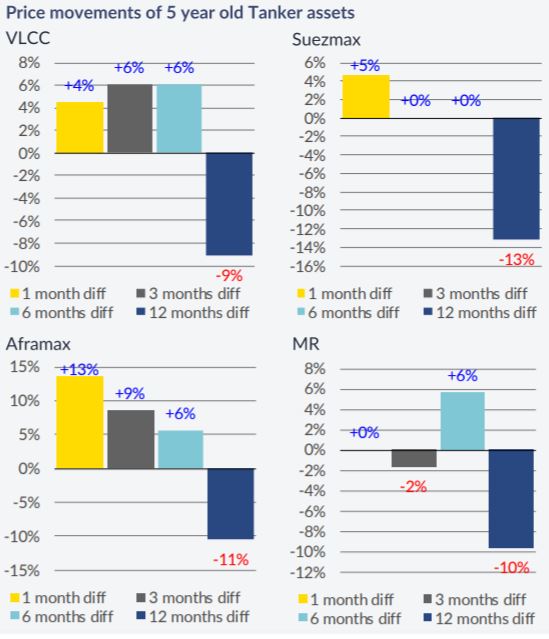 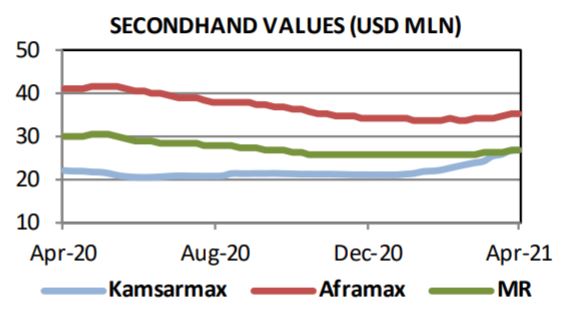 In the tanker market, the rates have been weaker past week however Buyers are hunting for bargain deal (if any). Middle Eastern buyers have been active in VLCC acquisitions, and are reportedly behind the acquisitions of MTs SANTA MARINA and FOLEGANDROS I 300,000 DWT 2004 Universal Japan for an average of $28.75 million each. SUPREME 165,000 DWT 2002 Hyundai, S. Korea, has been sold to Sea Pioneer, Greece, for $15.9 million, which is in line with recent activity. The modern MR2 OVERSEAS GULF COAST 50,000 DWT 2019 blt Hyundai Mipo, S. Korea was sold to Eastern Pacific, Singapore for $32.5 million, and the NORD VALIANT 49,500 DWT 2016 Hyundai Vinashin, Vietnam BWTS fitted was sold to an undisclosed buyer for $26.5 million”.