Newbuilding orders have continued their strong pace as 2020-end closes in. In its latest weekly report, shipbroker Allied Shipbroking said that “it seems that we will have an interesting end to the year, as recently we are witnessing increased news of fresh deals emerging. In the dry bulk market, the positive momentum that has been shaped as of late in the freight market and given that the worst part of the pandemic situation has already passed, have all helped boost interest amongst potential buyers. The moderate growth noted in the fleet over the last couple of years in combination with the anticipated revival of the global economy in the coming years has left some space for speculative ordering to take place. 11 new units were added to the global orderbook this past week, with the main focus given to Ultramaxes and small bulk carriers. In the tanker market, the current fundamentals may not be as positive, but as we are reaching what seems to be a market floor, buyers are seemingly preparing for the coming rebound. Meanwhile, the gradual drop in newbuilding prices has also helped in reviving interest in the market. However, sentiment is still hurt and it will take some time before interest finds a stable foothold. This past week, we witnessed an impressive number of VLCCs being ordered (15 units), with most of them though being at the LOI stage”. 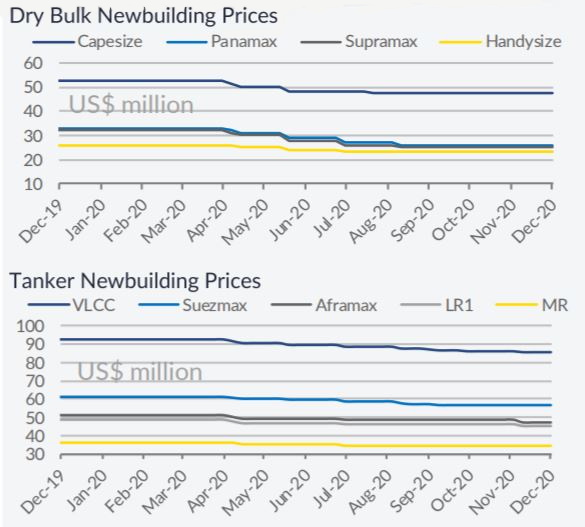 In a separate note, Banchero Costa added that “South Korean yards were busy with order for tankers. Daewoo signed a LOI for 10 x VLCCs with delivery from end 2022: vessels to be LNG fuelled and priced at $100 mln. Vessels will be employed against long TC to Shell. Hyundai received an order for 2 + 2 VLCCs from Athenian Sea Carriers with deliveries during end of 2022. With increasing demand for tonnage, container players started to place more newbuilding orders. MSC ordered 6 x 23,000 teu ULCCs in China: units to be built by Hudong Zhonghua, Jiangnan Shipyard and Jiangsu New Yangzijiang. 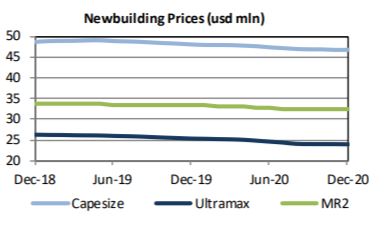 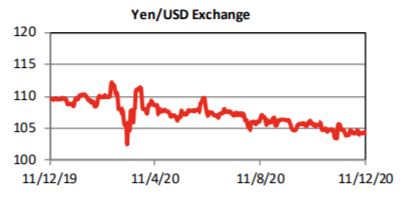 The price was reported at $140/150 mln each, with delivery within 2023 and all units will be scrubber fitted. In Japan Shoei Kised placed an order for 6 x 23,000 teu ULCCs at Marugame Shipyard: vessels will go on TC to ONE (Ocean Network Express). Capital Maritime and Trading Corp signed with both yards Hyundai and Samsung a LOI for 5 + 5 13,000 teu units: vessels will be delivered starting from Q1 2022. In the gas segment Hyundai Mipo received an order for 2 x 40,000 cbm medium size LPG carrierswith delivery during 2023”, said the shipbroker. 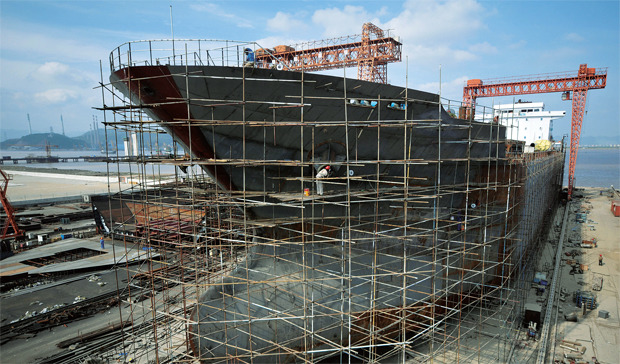 Meanwhile, activity has been rather brisk in the S&P market as well. Banchero Costa said this week that “it was a rich week in terms of number of concluded deals for both dry bulk and tankersegments. In the dry bulk segment, interest was mainly focused on Supramax and Ultramax units with about a dozen of transactions. Among those we can report several units from the young ‘Red Daisy’ 61,000 dwt built in 2016 at Iwagi which was sold for $18.7 mln to undisclosed to the older and smaller ‘Diva Eva’ 52,000 dwt built in 2006 at Tsuneishi Cebu sold for $6.8 mln. In the Kamsarmax segment it is worth to mention ‘Key Evolution’ 83,000 dwt built in 2010 at Hudong sold to undisclosed buyers for a price in the mid/high $14s mln (SS/DD passed and BWTS fitted) and ‘SBI Zumba’ 82,000 dwt built in 2016 at Hudong sold for $20 mln. 3 x older VLCCs were respectively sold at $21, $25 and $25.5 mln during the week: ‘Maran Regulus’ built in 2000 at Samsung, ‘Eagle’ built in 2002 at Samsung and ‘Sea Lion’ built in 2003 at Hyundai. Generally, VLCC units with fairly good SS/DD position are still being of interest, whilst those with SS/DD due are now facing demolition dilemma; considering a surge in demo prices this may end up with decision to go forscrap. 2 x LR2 resales with high spec, tier III and scrubber fitted were sold for $55 mln each to undisclosed buyers. Aframax ‘Pamisos’ built in 2011 by Sumitomo achieved $21.8 mln: this segment is seeing prices in a slightly softening trend. As regards smaller product tankers, it emerged an enbloc sale of 4 x LR1 units from Norden, Denmark to Middle Easter buyers. Ships are 75,000 dwt built in 2004 at HHI for a total price of $41 mln. Norden offloaded also an MR2 ‘Nord Pearl’ 50,000 dwt built in 2009 at SPP to SpanishMarflet at $16.2 mln”. 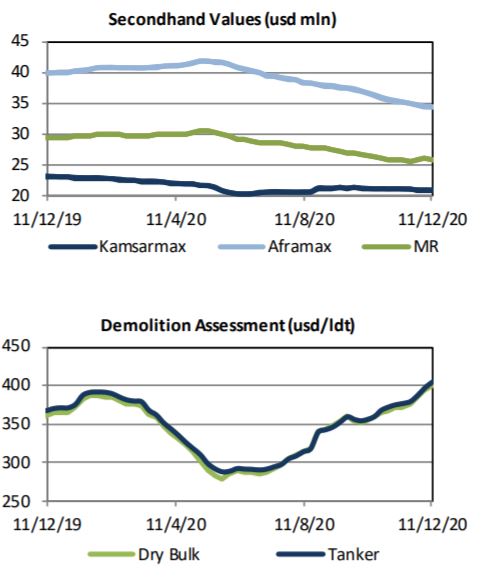 In a separate note, Allied noted that “on the dry bulk side, the good momentum in terms of activity was sustained for yet another week. At this point, its seems as though buying appetite (and as a result the flow of transactions) has been narrowed mostly to the medium size ranges, with activity though varying for different age groups. In the bigger size segment, a quieter week took shape, inline somehow with the bearish attitude noted in terms of freight earnings. 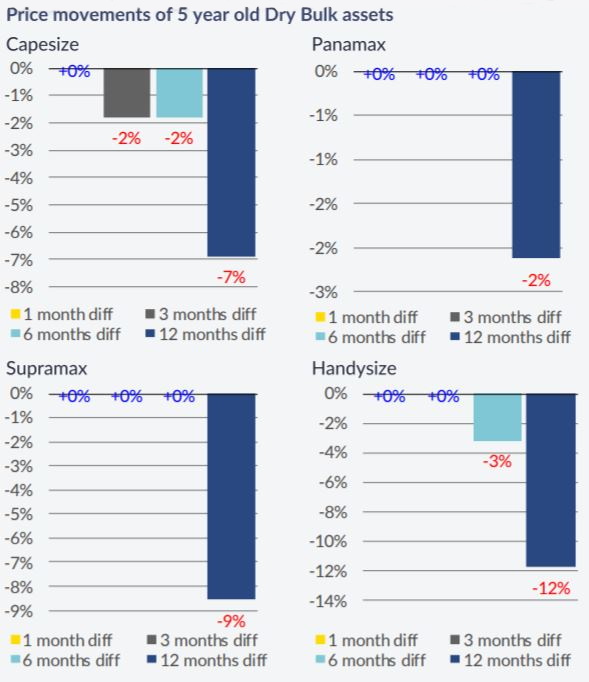 All-in-all, given the proximity of the Christmas Holidays, we expect things to slowly lose pace. On the tanker side, a surprisingly strong week was in place, given the good flow of units changing hands. Unexpected as it may seem, the SnP market was supported solely by the Aframax and Suezmax size segments, while the MRs remained quiet this time around. Thinking though as to the general uninspiring trajectory noted from the side of earnings, it is fair to anticipate a sales market with excess volatility as we have a whole lot of speculative deals at play right now”, the shipbroker concluded.
Nikos Roussanoglou, Hellenic Shipping News Worldwide