Ship owners have been more active in the newbuiding market after China’s return from its New Year festivities. In its latest weekly report, shipbroker Allied Shipbroking said that “interest remained strong for yet another week in the newbuilding market, but with a relatively small number of transactions being concluded as of yet. In the dry bulk market, the overall bullish momentum in the segment has boosted appetite, with a further 3 new units being added to the orderbook this past week. With earnings still on the rise, we expect interest to remain vivid in the segment, with the overall focus divided evenly between the different size segments. However, the increases being noted in terms of newbuilding prices as of late are a slight overhang, dampening further growth in activity as we move forward. On the tankers’ side, it was another week with moderate activity, with orders for 3 VLCCs and 4 product tankers being reported. Sentiment in this sector is still hurt and earnings are still at relatively soft level, facts that are trimming interest amongst potential buyers. Additionally, the slow rise in newbuilding prices are another bearish factor for the sector and thus expectations are for activity to remain at moderate levels for the near term”.

In a separate report, shipbroker Banchero Costa said that “in the tanker segment, GS Energy placed an order at Hyundai Samho for three VLCCs, with intention to bareboat charter out the vessels for 10 years plus option to Hyundai Merchant Marine. Vessels to be delivered during last quarter of 2022 and priced at USD 90 mln each. Also in South Korea, Hyundai received an order for 2+1 MR2 (50k dwt) from Thenamaris priced at USD 36 mln each with deliveries during 1st half 2022. 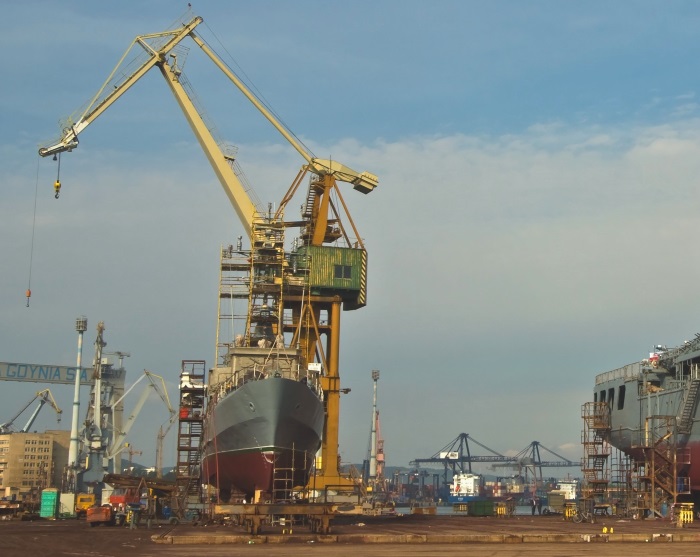 Vessels are going to be constructed at Vinashin facilities. In China, Wilmar Holdings has confirmed a third chemical MR2 at Penglai Zhongbai Jinglu. Vessels to be employed on vegetable and palm oil trades. In the dry bulk sector, Greek Owners Thenamaris booked two Kamsarmaxes at NACKS shipyard. Vessels to be Tier II and conventional fuelled. Each vessel to be priced at USD 27 mln. Furthermore, Akmar Shipping & Trading has exercised an option for a second Ultramax at Dalian COSCO KHI to be delivered during mid 2022”. 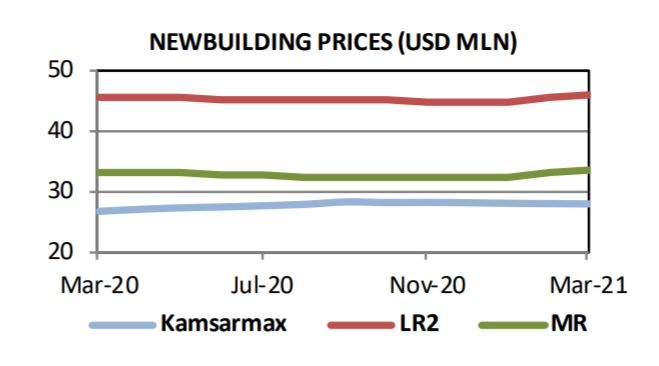 Meanwhile, in the S&P market, Allied Shipbroking added that “on the dry bulk side, the buying interest remained for another week fairly vivid, given the bullish freight earnings’ being noted. The positive outlook for the sector as a whole has boosted SnP activity, despite the increases noted in asset prices as of late. Focus was concentrated once again on the Panamax and Supramax size segments, but with transactions also noted elsewhere as well. We expect the robust appetite seen from buyers to hold over the following weeks, possibly feeding some further gains on the pricing front as well. On the tankers side, an uptick was witnessed in the weekly activity, as it seems that buyers are starting to slowly return to this market, despite the persisting low freight rate levels being noted. Action this past week was spread evenly between the different size segments, but it was particularly strong in the VLCC sector. However, it is worth mentioning that focus was also given to units of a higher vintage, indicating the increased appetite for bargain deal hunting”, the shipbroker said. 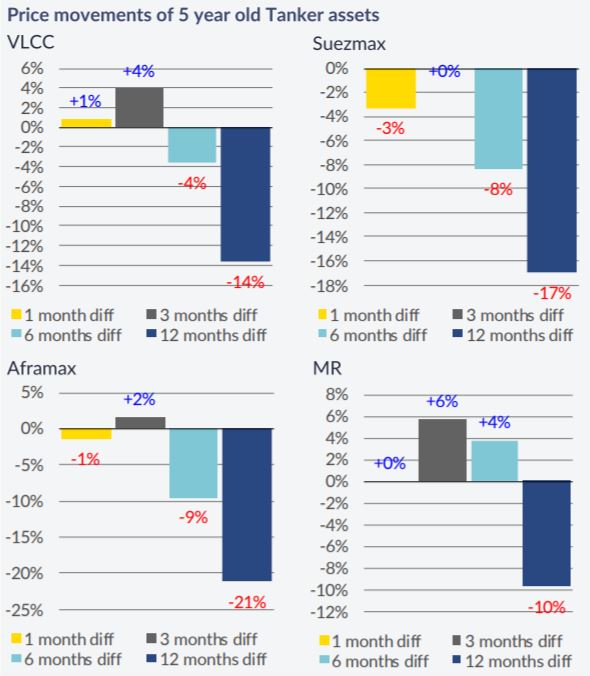 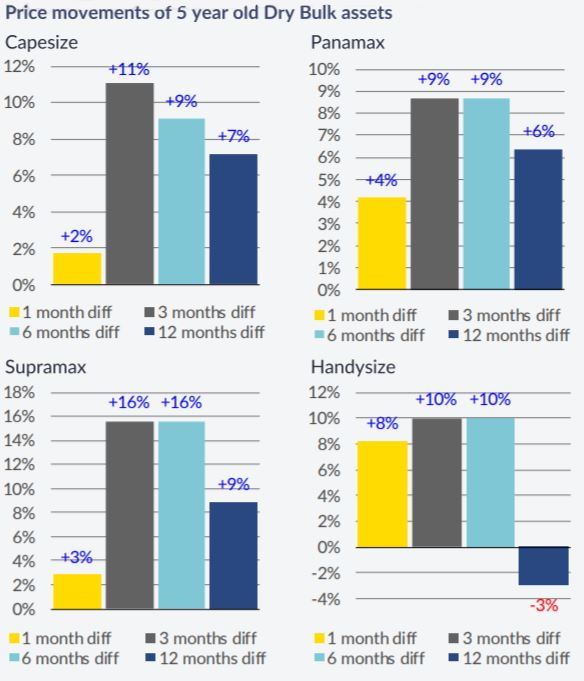 Banchero Costa added that “it is very interesting to see market developments and changes of ideas on a daily basis. The rates seem unstoppable, at least for what concerns smaller sized units (capesizes excluded) and same has a great impact on s/hand prices. Kamsarmax ‘NORD VENUS’ 81,000 dwt 2011 Universal and sister MV ‘NAVIOS MARCO POLO’ (BWTS fitted) have been sold to Globus Maritime, Greece for USD 16.5 mln each. Price is in line with January done MV ‘KEY EVOLUTION’ 83,000 dwt 2010 Sanoyas BWTS fitted which was sold for USD 15.75 mln. The gap starting being notable on smaller tonnage. Two weeks ago only, MV ‘CIELO DI DUBLINO’ 37,000 dwt 2011 Hyundai Mipo has been sold for rgn USD 11 mln whilst her exact sister MV ‘CIELO DI SAN FRANCISCO’ 37,000 dwt 2011 Hyundai Mipo has just been sold for an impressive rgn USD 13 mln. 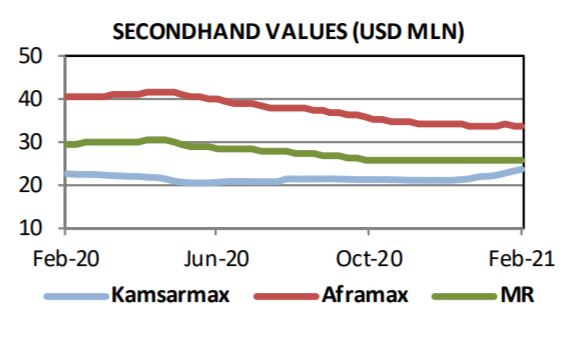 Both units are sold based SS/DD passed and BTWS installed. In the VLCC sector, two years old ‘HUNTER ATLA’ 300,000 dwt 2019 DSME has been sold for USD 84.3 mln to ADNOC, UAE. However, the news of the week is that stock-listed “Torm”, Denmark, just released communication that the company purchases eight MR product tankers with chemical trading capabilities from TEAM Tankers in a partly share-based transaction with total cash consideration of USD 82.5 mln and the issuance of 5.97 million shares. Vessels are all built at a Croatian shipyard with a high technical specification”, the shipbroker concluded.
Nikos Roussanoglou, Hellenic Shipping News Worldwide