Newbuilding Prices On the Rise as Higher-Spec Vessels Are Ordered

Despite the fact that ship owners have been more inclined to acquire a second-hand vessel, rather than invest in a newbuilding these days, prices for the latter have started to inch higher. Contracting activity has picked up (that’s reason No1), but also many owners are opting for higher-spec vessels, which cost more. In its latest weekly report, shipbroker Allied Shipbroking said that “with a fair amount of movement having been seen over the past couple of months, prices have started to show a fair upward pinch. In part this recent rise can be attributed to the higher specs now being quoted for most new orders that take place. Interest has been on the rise for most of the main shipping sectors. We are still seeing activity emerge on the dry bulk side, though comparatively limited given the improved sentiment being seen for these vessels on the freight side. 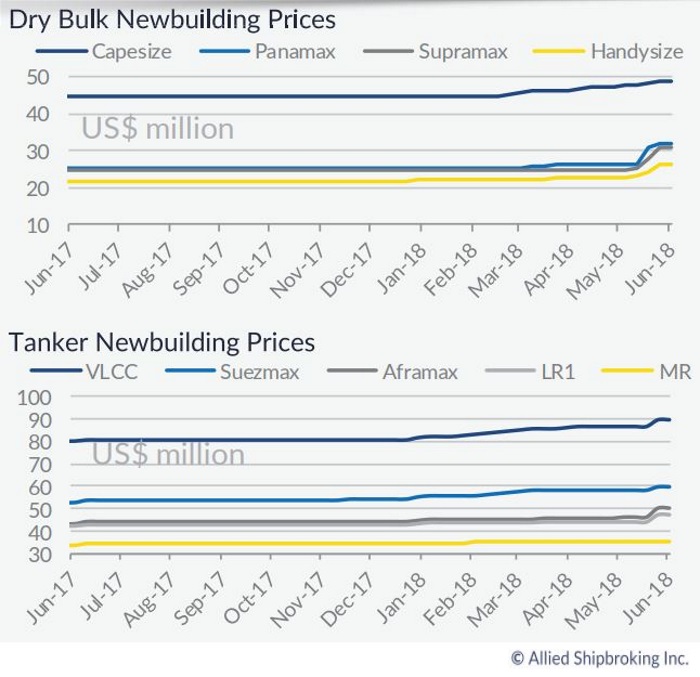 Tankers continue to impress, with further new orders coming to light this week despite the continued pressure being felt in terms of reported earnings right now. Overall it looks as though optimism is on the rise amongst buyers, with fresh activity now being seen on the containership front as well, while over the next couple of months expectations are for the market to heat up further, especially as shipbuilders find a better foot holding to market their slots more aggressively”. 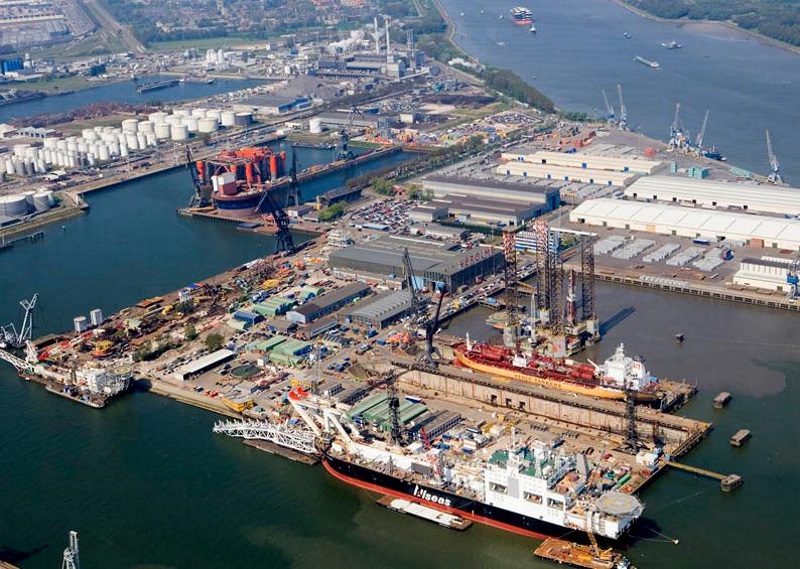 In a separate weekly note, Clarkson Platou Hellas said that “in the Gas market, Daewoo Shipbuilding & Marine Engineering (DSME) have announced a contract for one 173,400 CBM LNG Carrier with Clients of Alpha Gas for delivery in 1H 2021. This is an option declared by the Buyers and will be the 3rd vessel in the series. Keppel Singmarine has won an order for one firm 7,500 CBM LNG Bunkering Vessel from FueLNG (a JV between Keppel and Shell). This single unit will be delivered in 3Q 2020 from Singapore. In the Container sector, Hyundai Mipo Dockyard (HMD) has signed a contract for two firm 1,800 TEU Container Carriers with Pan Ocean. The vessels are set for delivery within 4Q 2019 from Ulsan, Korea. Finally, in addition to the three 7,800 LM units and three 5,800 LM units ordered earlier this year, Grimaldi Group have declared an option for six 7,800 LM RoRos at Jinling shipyard. These vessels will be delivered within 2021 from China”. 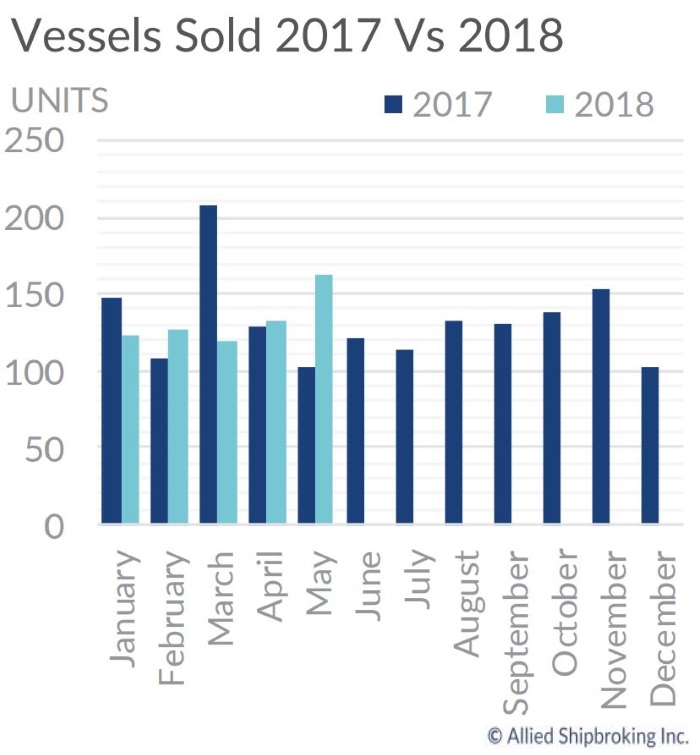 Meanwhile, in the S&P market, Allied Shipbroking said that “on the dry bulk side, reported activity was still waning, with few deals coming to light this past week. This may well have been in part due to the ongoing events in Greece as part of the Posidonia Exhibition, which may well have left few buyers actively in pursuit of new purchases. At the same time the mixed vibe being seen on the freight market front, has likely cause some buyers to take a step back and wait for a more concrete direction to be given. On the tanker side, it seems as though we are still holding at firm activity levels, with buying appetite having seemingly return back after a fair absence. There is still a fair amount of enbloc deals taking place, while prices overall are still looking to be softer than what we have been seeing in previous months. Overall however, this increased activity and firmer buying interest may well help keep prices buoyant moving forward or even help push for slightly better levels over the coming months”, the shipbroker concluded.
Nikos Roussanoglou, Hellenic Shipping News Worldwide