Japan’s Parliamentary Vice-Minister of the Environment, Tetsuya Yagi, presented the award to NPMC President Seiichiro Shirahata after a Select Committee found the coating system met all the criteria in the Countermeasure Technology category. 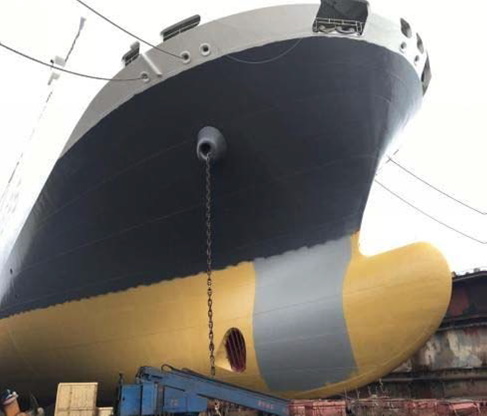 In particular, the judging panel found that coating contributed to reduced drag, consequently resulting in lower fuel consumption and reduced CO2 emissions from those vessels that have applied the hull coating.

On receiving the award earlier this month, Mr Shirahata said: “As regulations to limit ship emissions enter into force in January, we are delighted to have won this accolade. This award recognises the significant contribution the coating is having on reducing emissions and shipping’s impact on the global environment. Hull performance monitoring has shown that our low-friction technology is providing a real payback for customers compared to other systems.”

Based on a patented “water trapping” hydrogel technology – a concept derived from the structure of tuna fish – LF-Sea coatings reduce water flow resistance (drag), meaning less energy is required to propel the ship through the water. Shipowners that have applied the coating have benefitted from a reduced fuel consumption of between 4 and 10%, compared to regular SPC antifouling paints.

Coatings in the LF-Sea series, include the LF-Sea, LF-Sea150 HyB product, introduced in 2007, and A-LF-Sea, which was launched in 2013. However, a new underwater antifouling coating is set to be added to the series next year. 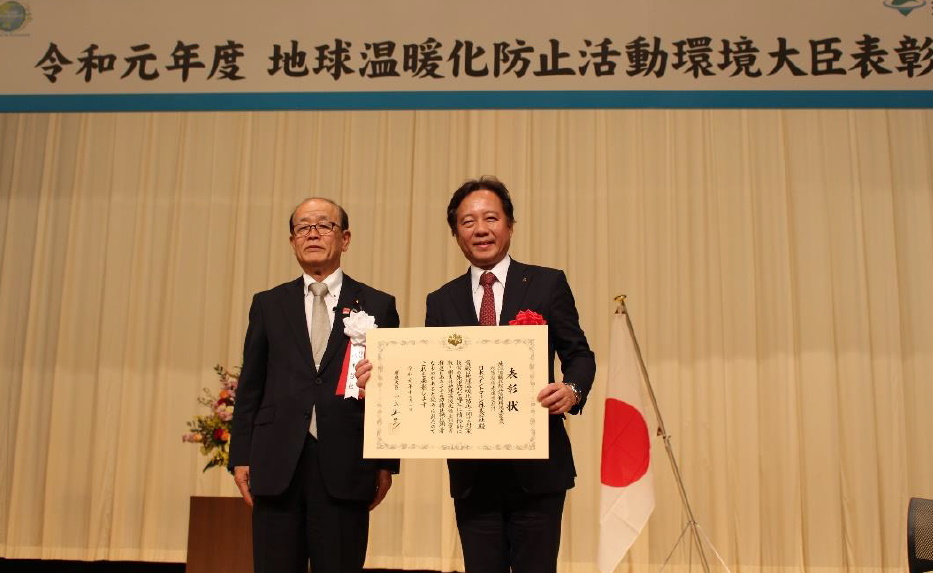 Last month, Nippon Paint Marine reported an annual increase in application of its coating LF-Sea coating products. As of June 2019, the company’s low-friction coatings have been applied to the hulls of more than 2,900 ships.

The Ministry of Environment has been awarding Japanese individuals, companies or groups for their “significant contribution towards preventing global warming” since 1998.