The comparison figures for period ended 31 March 2018 are stated in parenthesis.

The Group started 2019 on a positive note as the average daily Time Charter Equivalent (“TCE”) rate in Q1 2019 for the 6 vessels was approximately 23% higher than the average TCE rate in Q4 2018.

TCE earnings rose 20.4% to USD 7.1 million (USD 5.9 million) in Q1 2019 as TCE earnings for the vessels in the three pools were higher compared to the same period last year.

Expenses relating to the operation of vessels in Q1 2019 decreased marginally to USD 3.6 million (USD 3.7 million).

EBITDA increased significantly to USD 3.1 million (USD 1.7 million) as a result of improved TCE earnings in Q1 2019. Other external costs reduced by USD 0.2 million to USD 0.2 million (USD 0.4 million) due mainly to the reduction in management fees charged by the corporate manager of the Group. 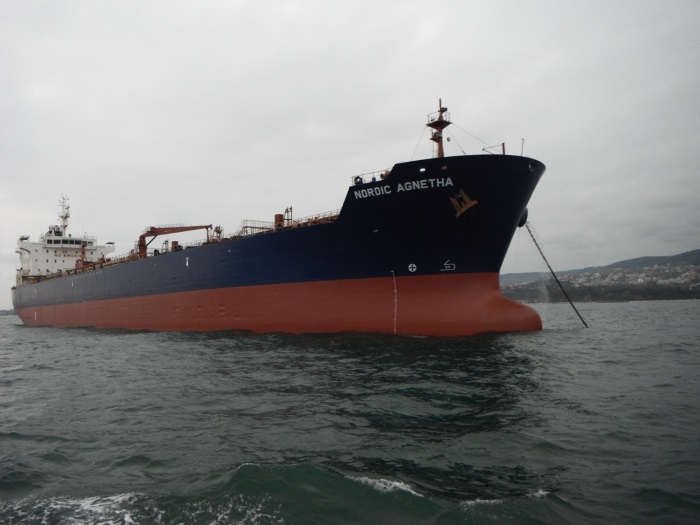 The Group did not make any impairment nor reversal of impairment during the quarter.

As part of the loan restructuring concluded with the lending banks in Q4 2018, the financial covenants under the original loans such as (i) minimum value (fair market value of vessels as a percentage of outstanding loan) and (ii) minimum equity ratio are waived whilst the minimum liquidity level is reduced. The relief from these financial covenants are provided till 30 September 2020. In addition, the quarterly loan instalments are deferred from December 2018 to September 2020.

The Group is also subject to a quarterly cash sweep mechanism under which the Group after payment of instalments and interest under the loan agreement, must apply any cash and cash equivalents of the Group (excluding the bank balance held in dry-docking reserve bank accounts) in excess of USD 6.0 million towards prepayment of the loan. There was no cash sweep in Q1 2019 and Q1 2018.

During the financial period, cash flow generated from operations was USD 0.7 million (USD 0.4 million) mainly contributed by earnings from the three pools. During the financial period, there is no payment for dry-docking (USD 11K for the preparation of dry-docking for Nordic Ruth in Q2 2018). The Group did not make any loan repayments in Q1 2019 (USD NIL million in Q1 2018 as the Group used previously swept cash for the scheduled amortisation) on the term loan facility under the restructured loan terms agreed with the lenders in Q4 2018.

As at 31 March 2019, cash and cash equivalents (including balances held in dry-docking reserve bank accounts) was USD 9.3 million (USD 3.7 million).

With regard to Nordic Ruth, as announced in April 2019, Nordic Shipholding A/S will continue to market the 19-year old vessel for sale.

The outlook for 2019 remains unchanged as indicated in the 2018 Annual Report.

After accounting for operating expenditure budgeted by the respective technical managers, the Group’s EBITDA (earnings before interest, tax, depreciation and amortisation) for 2019 is maintained in the range of USD 5.0 million – USD 8.0 million with a budgeted stable positive cash flow. The result before tax, as indicated in the 2018 Annual Report, is unchanged at USD -6.0 million – USD -3.0 million. This outlook for 2019 does not take into account any impairment or write-back of impairment of vessels’ carrying values.

With a considerably improved balance sheet structure, the Company is in a more favourable position to pursue growth and potential consolidation opportunities that are accretive to the Company.