NYK participated in an international symposium on clean fuel ammonia held on November 24 at Japan’s National Museum of Emerging Science and Innovation (Miraikan).

This event was organized by the Clean Fuel Ammonia Association. At this year’s symposium, the third of its kind, sessions and panel discussions were held under the theme “Toward Early Social Implementation of the Fuel Ammonia Value Chain” from the perspectives of “Current Status and Issues,” “Supply,” and “Utilization.”

From NYK, Tsutomu Yokoyama, general manager of the Green Business Group, took the stage in the “Utilization” session to explain the trend toward zero emissions in the shipping industry. He then introduced NYK’s zero emissions initiatives and the development of ships equipped with Japan-made ammonia-fueled engines using the Green Innovation Fund. 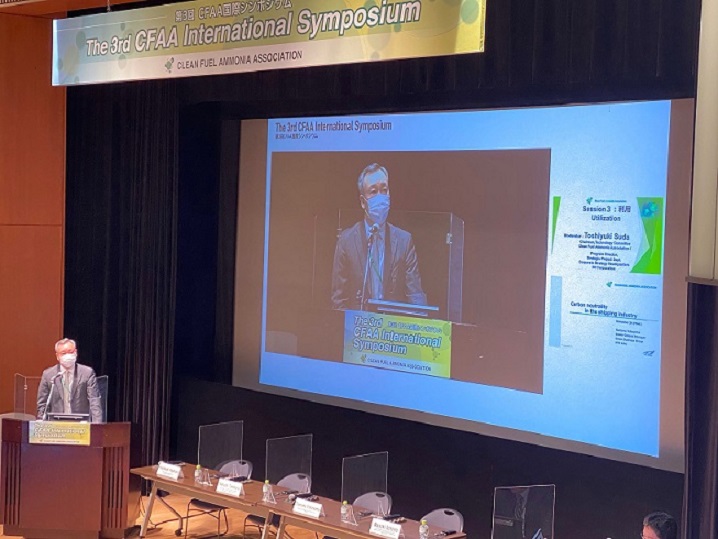 In addition, Toshi Nakamura, NYK executive officer, participated in a panel discussion and deepened the discussion among international organizations, industry groups, and companies on the efforts and challenges to establish a fuel ammonia value chain.

On February 3, NYK announced the NYK Group ESG Story,* which aims to further integrate ESG into the company’s management strategy. In particular, NYK considers the reduction of GHG emissions to be an important issue and is working to create new green businesses through various research projects aimed at decarbonization. To strongly promote ESG management, the NYK Group will encourage new value creation as a sustainable solution provider through a business strategy that responds to climate change.
Source: NYK Line

2021-11-26
hellenicshippingnews..
Previous: Fed to kick off faster tapering plan from January – Goldman Sachs
Next: Drewry: Port Throughput Index Down By 2.3% in September