NYK has been recognized with “Kurumin certification” which given to progressive parent friendly company by the Japan’s Ministry of Health, Labor and Welfare for a fifth consecutive term since the system started, in addition to a special “Platinum Kurumin certification”. These certifications are in recognition of NYK achieving the goals of its fifth action plan based on the Act on Advancement of Measures to Support Raising Next-Generation Children. *

Since April 2005, NYK has formulated and implemented five action plans, and the fifth plan included initiatives such as the improvement of male employees taking childcare leave, the improvement of work-life balance, and support for career development of female employees taking childcare leave. In recognition of the company’s achievement of a more advanced action plan, the company has now been recognized with Platinum Kurumin certification. 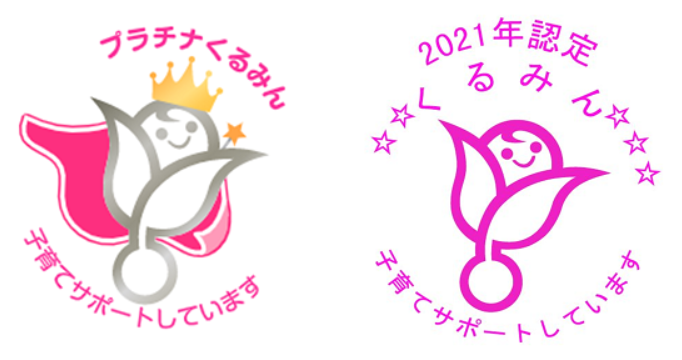 In April 2021, NYK began implementation of its sixth action plan.** This plan raises awareness and encourages behavior change, and while continuing the measures taken so far, further expands the system and supports child-rearing so that everyone throughout the company can continue to play an active role without detriment to career advancement as they participate in life events such as marriage and childbirth.

On February 3, 2021, NYK released the NYK Group ESG Story, *** which aims to further integrate ESG into the company’s management strategy and promotes activities that contribute to the achievement of the SDGs (Sustainable Development Goals) through business activities. To strongly promote ESG management, NYK has continued its efforts as a child-rearing support company by formulating and executing an action plan based on the Act on Advancement of Measures to Support Raising Next-Generation Children, leading to the acquisition of this Platinum Kurumin certification and encouraging new value creation as a sustainable solution provider. 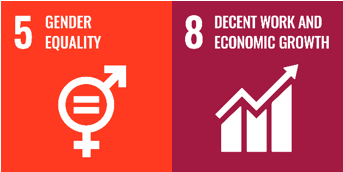 * Act on Advancement of Measures to Support Raising Next-Generation Children
A law obliging business owners to make it possible for their employees to balance work and child-rearing against societal challenges, as evidenced by the declining birthrate. The law requires that business owners cooperate to improve conditions so that the next generation can be born and raised in a healthy environment.
Source: NYK Line