Ocean Network Express (ONE) expects slightly better profit this year than previously forecast as costs drop one year into its full operation.

But overall demand remains tepid as it lowered full-year revenue targets and reduced service in the trans-Pacific shipping market.

ONE, the container ship joint venture of Japan’s largest shipping companies, made the forecast as it reported a fiscal first quarter profit of $5 million, compared to a year-earlier loss of $120 million. 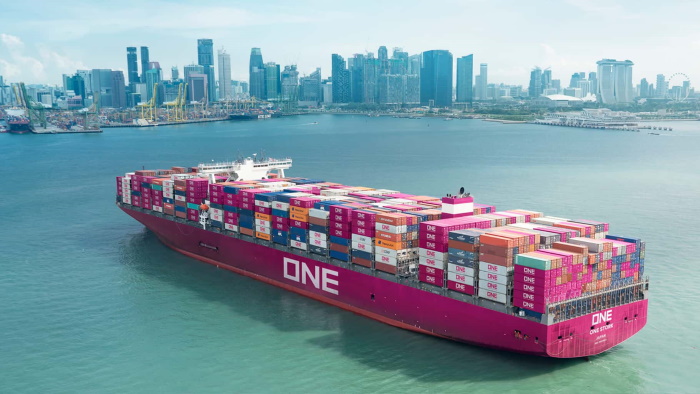 Revenue of $2.87 billion for the quarter ending June 30 was up 39 percent from a year earlier. ONE credited the profit and revenue rise to higher container liftings, which “improved significantly with stabilized services,” the company said, and the ramp-up of its service in the first quarter of 2018.

ONE saw total container liftings of 1.8 million twenty-foot equivalent units (TEU), compared to 1.25 million TEU in the first quarter. Freight rates were up 3 percent for the Asia-North America trade lane, while the Asia-Europe lane saw no change in rates.

“The freight rate market hovered at the same low level as last year because supply grew faster than demand, though overall demand was relatively strong,” ONE said of the results.

For 2019, ONE said revenue would be lower than previously forecast, $12.4 billion versus an earlier announced $12.7 billion. The company cited a decrease in demand that has occurred in the first half of the year on the major European and North American shipping routes. Overall worldwide demand growth for 2019 will stay around 3 percent. 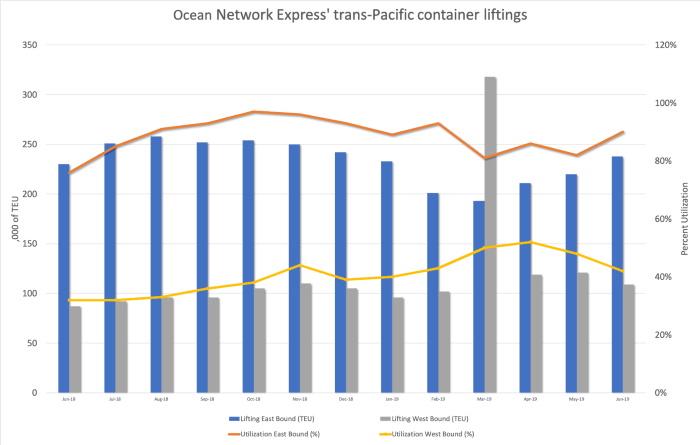 ONE said it was able to get better rates on long-term contracts. The company projects a $190 million yearly improvement in results due to better contract rates.

Despite this, the profit outlook has improved slightly; ONE forecasted full-year profit of $90 million compared to an earlier forecast of $85 million. The gain is the result of lower terminal and inland shipping costs.

Service reductions because of weaker growth will also save on operating costs. It reduced trans-Pacific service by 12 sailings in response to weaker demand, while Asia-Europe sailings were reduced by five. 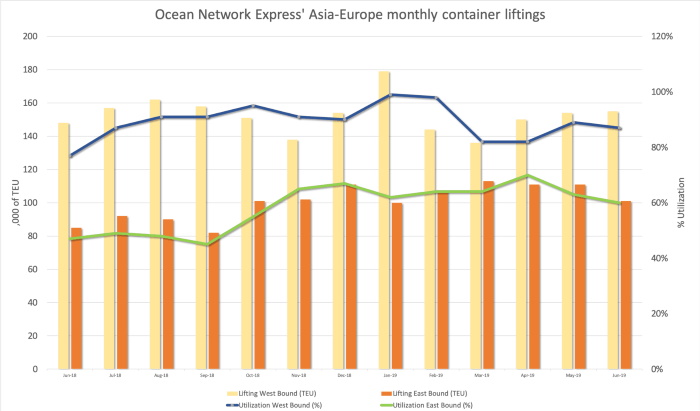 ONE said it is changing vessel allocation as part of its vessel sharing agreement with THE Alliance and on its own.

THE Alliance, which includes ONE, Hapag-Lloyd and Hyundai Merchant Marine by next year, started new services on the North America-Europe lane. THE Alliance plans to launch larger container ships on some routes and reviewed ports of call, with a positive impact of $120 million per year on results.