The fish-farming Ocean Ark vessel is developed by Ocean Arks Tech of Chile (OATECH) in accordance with RINA Rules and Marpol, Solas and IMO regulations. The Ocean Ark vessel delivers a new approach to fish farming and is set to revolutionise the industry by dramatically improving fish health, crew comfort and the industry’s image.

The ocean may offer the only opportunity for fish-farming to meet the nutritional needs of a growing world population. Deploying the Ocean Ark away from marine heatwaves, algae blooms and storms- aquaculture’s three Achilles’ heels- would produce higher quality protein and increase world fish production without increasing pressures on fish stocks and coastal habitats.

RINA Marine Principal Engineer for North West Europe, Patrizio Di Francesco said, “Sustainability is a core strategic pillar at RINA, but this is not just about reducing carbon emissions. A sustainable food production chain is also needed to supply an increasing global demand for nutrition. We believe aquaculture in the open sea is one solution that will help for the future.”

The fish-farming vessel is a self-propelled, AI-assisted, low emissions trimaran 170 m long and 64 m wide. Artificial intelligence and self-cleaning fish cages of copper help secure fish health and welfare. While finance is secured for several units, MOU’s to build the Ocean Arks are signed with a range of world-leading shipyards that include China Merchants Industry holdings, Tersan and CIMC Raffles.

With its capacity of 4,000 tons of biomass, this disruptive technology allows for the low-density production of healthier, higher-quality fish at lower costs than the offshore, land-based and coastal aquaculture systems now available. The Ocean Ark can operate near Asian, US and EU consumer markets for a major drop in transport emissions. 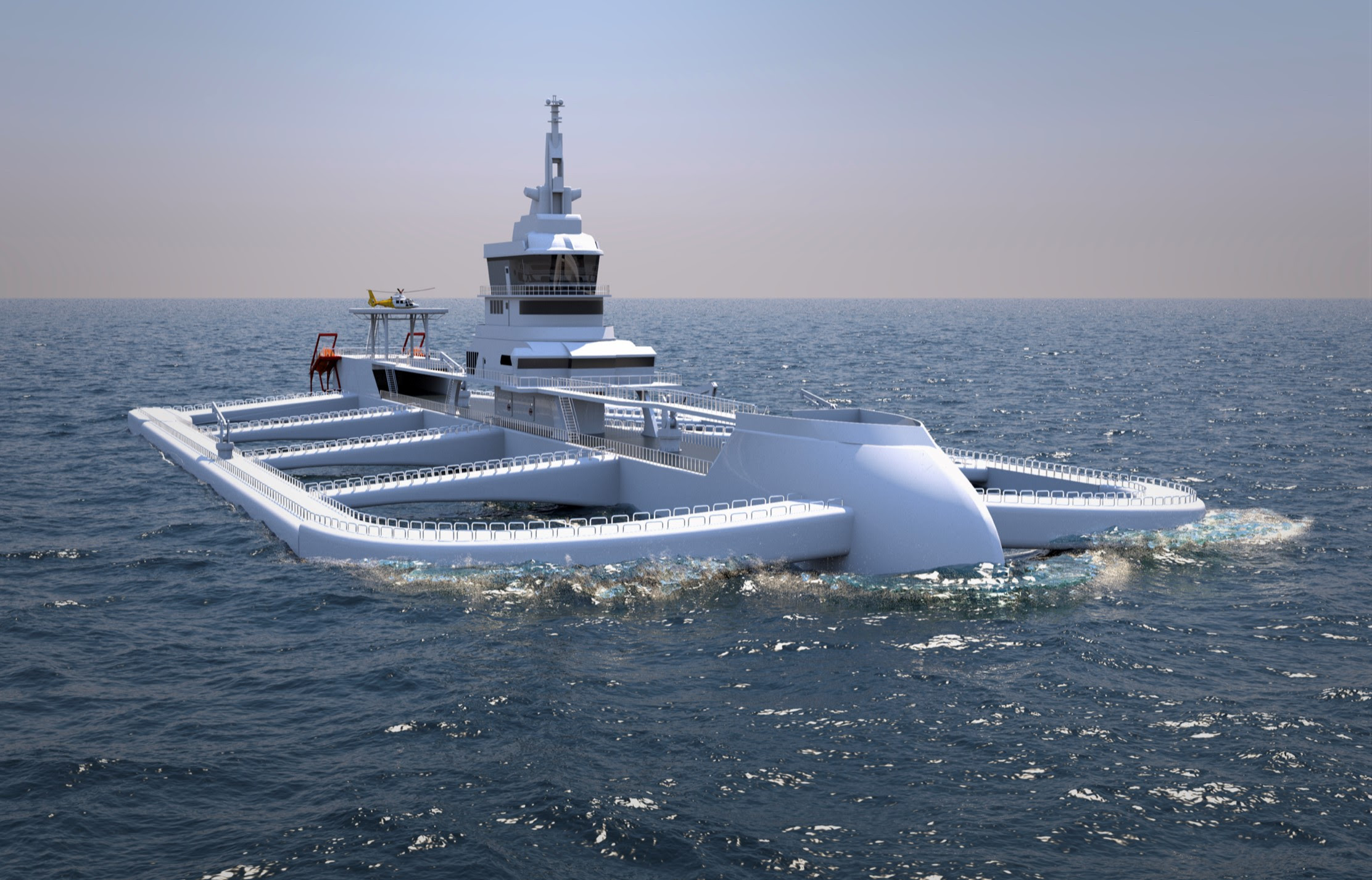 “This is an unusual vessel. Its AiP presents a milestone for both the fish farming industry and for the classification of ships with an unconventional design. It is an innovative approach to the sustainable harvesting of fish to help ensure food security and sovereignty and one which may revolutionise fish farming for the future” Di Francesco concluded.