The number of whole-company and minority-stake deals in the oil and gas industry declined to 21 in August from 32 in the year-ago month.

The combined value of deals plunged to $12.58 billion in August from $21.55 billion the year before, even though 2022’s largest deal year-to-date took place in August, according to S&P Global Market Intelligence data.

A total of 30 asset transactions were announced in the sector in August, compared to 35 in the year-ago period. The aggregate value of this month’s asset deals slightly fell to about $1.64 billion from $1.79 billion a year ago.

Whole-company, minority-stake deals
The largest deal of August and 2022 so far was the $9.13 billion transaction between Phillips 66 and DCP Midstream LP. Phillips 66 will buy an additional 43.49% stake in DCP Midstream for $34.75 per share in cash.
Analysts expected Phillips 66 to revise the offer by putting a premium on the deal before it closes.

“As seen in several recent [master limited partnership] buy-ins, we view PSX’s 0% premium bid as an opening gambit that should go higher upon reaching a final takeover agreement,” analysts at Mizuho Securities said in an Aug. 17 analyst note. “We would not be surprised with a finalized purchase price closer to DCP’s 52-week-high unit price of $39.54, especially given discounted valuation relative to midstream peers and DCP’s strong fundamentals in the current commodity backdrop.” 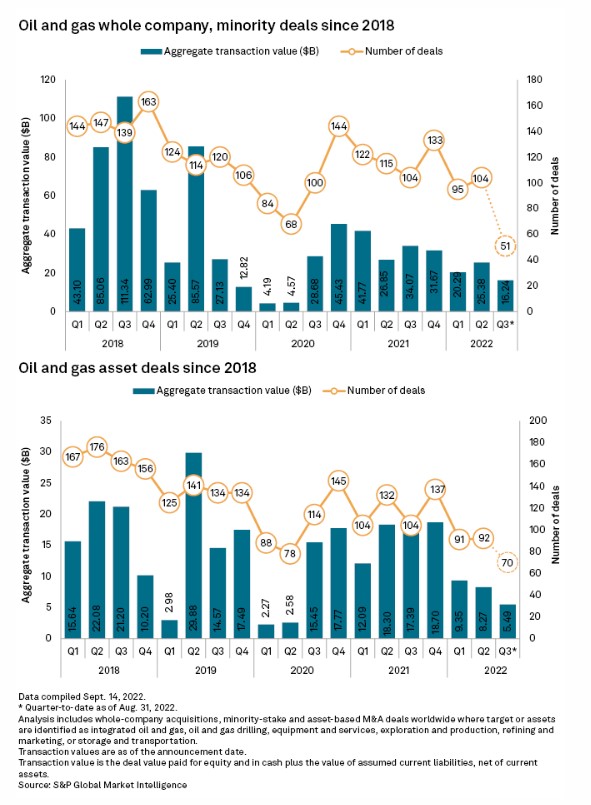 The second-largest deal in August and the 10th-largest whole-company and minority-stake deal in the year is Devon Energy Corp.’s $1.8 billion purchase of Validus Energy Services LLC. Devon Energy predicted that it will be able to boost its variable dividend 10% after it closes on the purchase of its neighbor in the Eagle Ford Shale production area at the end of the third quarter.

Analysts kept up an already-positive outlook on Devon Energy after the deal announcement. 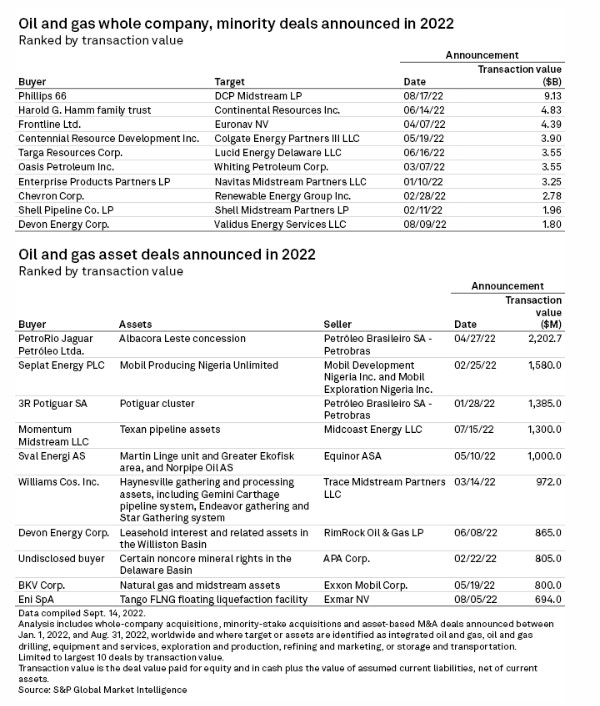