Oil prices inch down but gain support from Iran concerns

Oil prices edged lower on Friday as the dollar rose, but Brent was still headed for its third week of gains amid supply concerns should the United States reimpose sanctions on Iran.

U.S. President Donald Trump will decide by May 12 whether to reimpose sanctions on Iran that were lifted as part of an agreement with six other world powers over Tehran’s nuclear program.

Brent has added around 6 percent this month on expectations of renewed sanctions, which would likely dampen Iranian oil exports. The gains came despite a higher dollar <.DXY>, which is at its strongest since Jan. 12 against a basket of currencies.

Increases in the U.S. currency make dollar-priced oil more expensive for holders of other currencies. 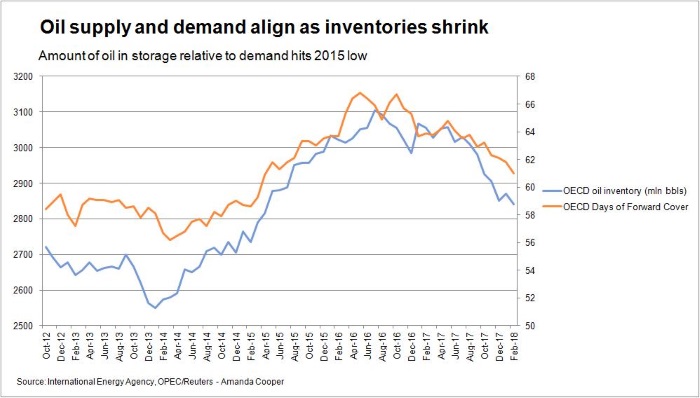 “All we’re seeing is very strong pricing and the slight softening is primarily due to a stronger dollar,” said Bjarne Schieldrop, SEB chief commodity analyst.

“I don’t think oil is actually taking a breather.”

Concerns about market tightness have also been fueled by the deteriorating political and economic situation in Venezuela that has led to a 40 percent decline in crude output in the past two years.

Price increases have been capped by rising U.S. production as shale drillers ramp up activity, underpinning a widening discount between Brent and WTI, which hit its largest since Dec. 28.

2018-04-27
hellenicshippingnews..
Previous: No relief as crude prices to rise by 20% in 2018: World Bank
Next: Indian, Chinese met coal demand to grow, but supply to keep pace: Wood Mac

Demolition Market Off to a Good Start