Oil Tanker Demand Solid, But Trade Tensions Could Change That

As if tanker owners needed another “headache” after a torrid couple of years, shipbrokers now warn that the latest trade tensions could offset the anticipated market rebound during the second half of 2019. In its latest weekly report, shipbroker Allied Shipbroking said that “taking into consideration the much-touted market improvement that is expected during the latter half of the year as part of the previously discussed IMO 2020 implications, questions are brewing over the current status of the crude oil market. Since the start of the year, oil prices have followed a rising path, with global developments curbing oil supply, as part of the Iran sanctions, the situation in Venezuela and OPEC agreement on output cuts. However, price trends and general sentiment have changed somewhat during this past week, due to increasing concerns regarding world demand, pushing both the price of Brent and WTI a bit lower.” 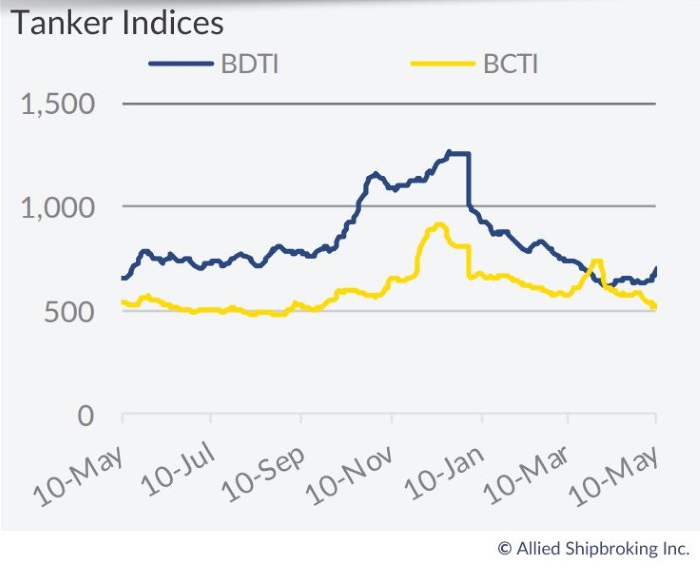 According to Allied’s Research Analyst, Mr. Yiannis Vamvakas, “the latest developments in the ongoing trade dispute between the United States and China has made markets fairly nervous. These two countries were responsible for 34% of global oil consumption during the first quarter of 2019, according to data from the International Energy Agency. Meanwhile, total crude oil imports from China increased by 8.9% between January and April, compared to the same time frame last year. However, the recent decision by the US administration to raise import tariffs from China to 25%, could possibly hurt Chinese economic growth, affecting in turn crude oil demand as well”.

Vamvakas added that “in addition to this, the US president has already issued a warning of likely extending tariffs to a further US$325 billion worth of goods from China. Concerns are now hitting the US economy as well, as it is almost sure that the Chinese government will react with retaliatory measures against US products. A prolonged period of trade tensions could even push the US economy over into a recession, given that these latest tariffs placed by the US president will inevitably be absorbed by the end consumer in the US, acting as a significant dampener on the US economy as consumer prices start to rise. The total impact will not just be limited to these two nations, as other countries are likely to be indirectly affected as well”. 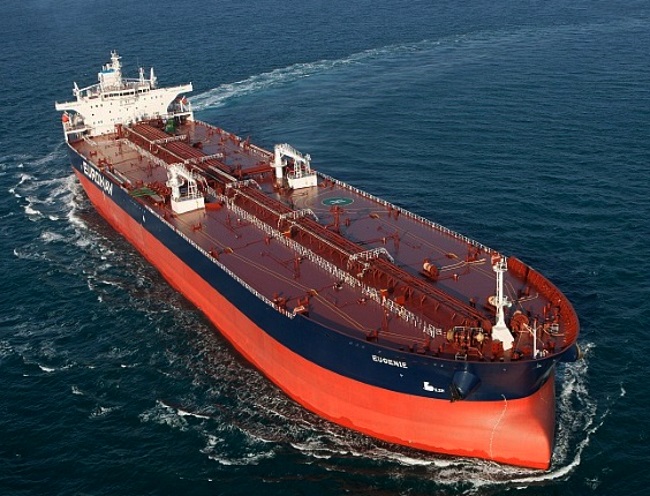 “Meanwhile, the US government took another significant decision during this past week, issuing new sanctions on Iran. The end of the waivers that had been granted last year to several countries for continued importing of oil from Iran, has triggered the Iranian government to issue threats that it will restart part of its halted nuclear program if these restrictions aren’t reversed within 60 days. China, which consists of the most important importer of Iranian crude oil, along with the rest of the waiver beneficiaries such as Japan, S. Korea and India have halted imports from Tehran. As a result, oil shipments from Iran, which were estimated to be around 1-1.5mbd, are expected to come to a standstill, re-shifting once again global trade patterns. Meanwhile, Iranian officials have also threated that they may proceed with the closure of Hormuz straits, as a retaliation on the waiver termination decision. It is important to note that Hormuz is one of the most important waterways in the global crude oil trade, 40% of crude oil shipments transiting through this passage way every day”, Allied’s analyst said. 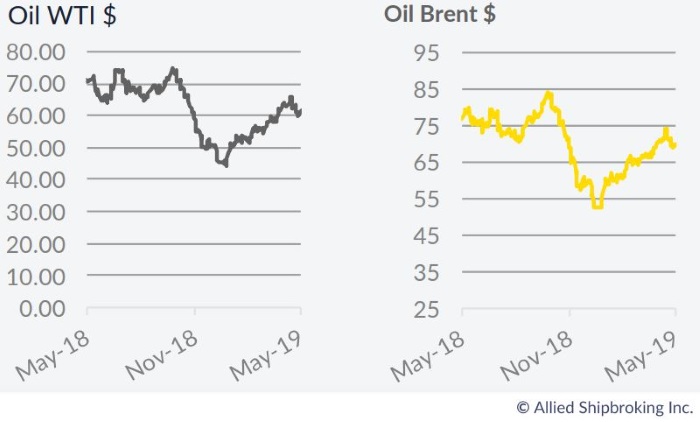 Vamvakas concluded that “for now, the overall expectations regarding the crude oil market remains bullish, as demand estimates from the US EIA show a rise in demand of around 1.4 million barrels per day for 2019. However, given the recent geopolitical developments, it will be of little surprise if these estimates receive a downward correction. Given this OPEC could decide during its next meeting in June to end its 1.2-million-barrel output reduction that had been agreed on previously. Uncertainty and price volatility are expected to mount over the coming weeks, as geopolitical tensions further intensify”.
Nikos Roussanoglou, Hellenic Shipping News Worldwide