The energy market has been hit hard over recent months, with the coronavirus crisis sparking a huge slump in both current and expected demand. While we have seen Russia and Saudi Arabia agree to cut production, the 9.7 million barrels per day (bpd) is not going to be enough.

The latest International Energy Agency (IEA) report highlights how we could be set for the ‘worst year in the history’ of the sector. That report also put a firm figure on the drop in demand, with April predicted to see a peak drop in demand of a whopping 29 million bpd.

Given that the 9.7 million bpd cut from Organization of the Petroleum Exporting Countries (OPEC) will kick off on 1 May, this points to a huge amount of oil sloshing being unused. While the report highlighted how the gradual easing on travel restrictions will help improve demand for crude, it also highlights how the coming months are likely to see continued weakness.

For many within the industry, that oversupply at rock-bottom prices will hurt their business. However, this scenario can provide an opportunity for one sector in particular; oil tankers. 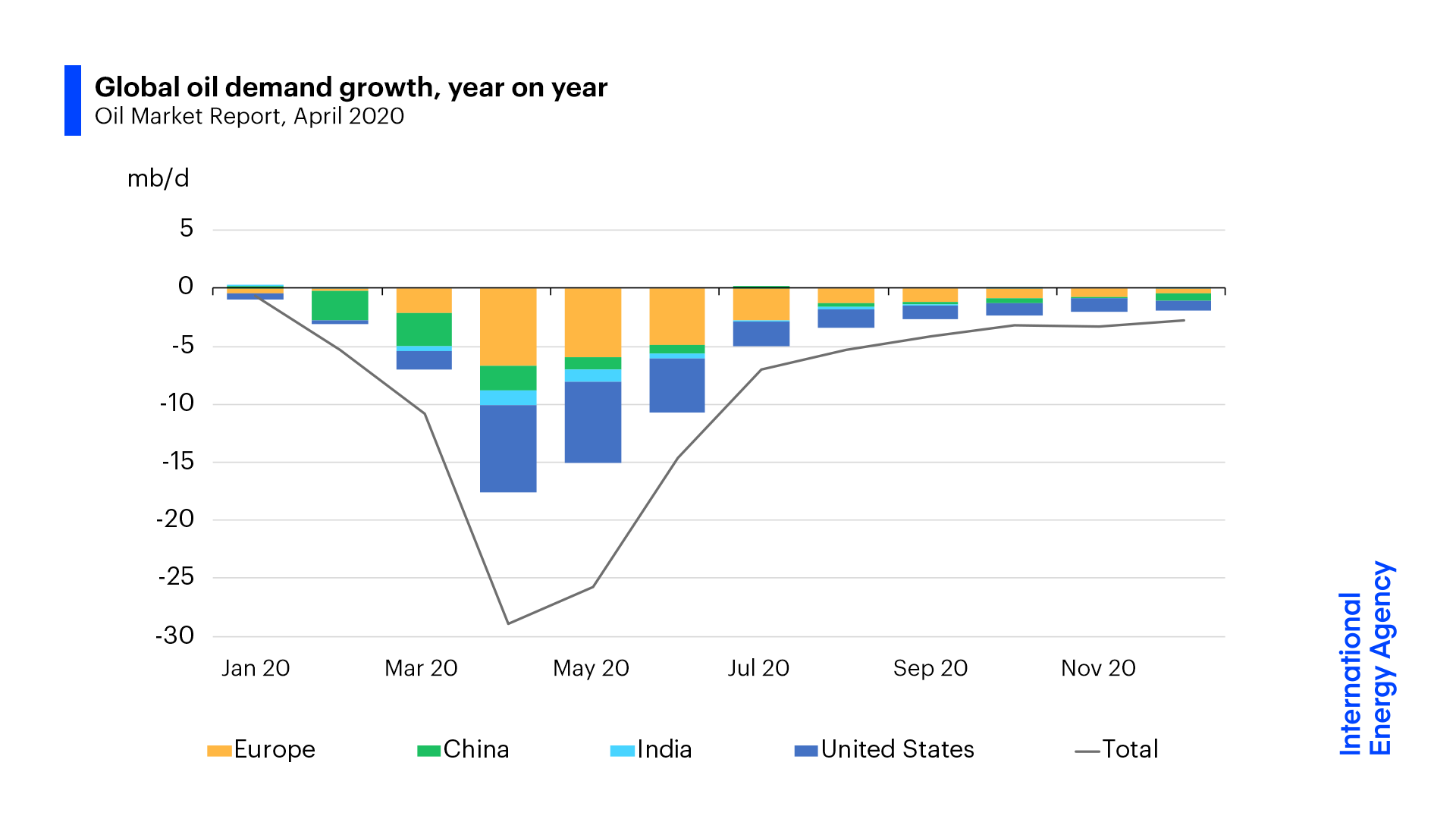 Contango provides reason to pump
The big question for many is quite why energy producers would create the product if prices are so low. Well the current ‘Contango’ scenario helps explain that, with futures prices significantly higher than current spot.

That highlights the expectations that the rock-bottom levels seen over the past months are going to be a short-term phenomenon rather than a permanent fixture. With oil prices expected to rise in the future, it makes sense for many producers to maintain output with the expectation that they will achieve higher prices down the line.

That will necessitate storage facilities, which are fast filling up as the millions of barrels being produced without any buyer comes onto market. A drop of 29 million bpd in demand means an additional 300 million barrels over the course of the month. With onshore storage is being filled up, shifting the focus out to sea, to the benefit of the tanking 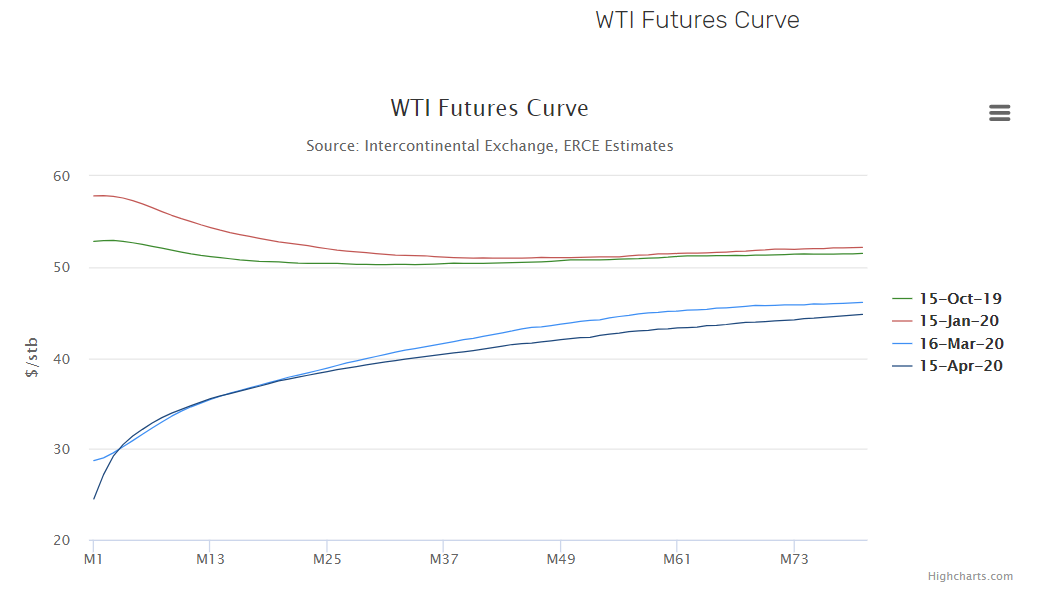 Tanker rates skyrocket
This brings us onto the oil tanker industry, which is typically one of minimal profits, and high debts. However, there are some periods which help pay for those baron years, and this could be one such period. With the gap between demand and supply so high, we are seeing a sharp ramp up in demand for tanker storage, driving daily costs higher.

With many tankers barely breaking even in the past (typically around $20k-$40k per day), we have seen rates of up to $300k per day for Very Large Crude Carriers (VLCC) tankers being achieved. That has come down somewhat since the OPEC+ deal, yet $150k-$200k remains a distinct possibility.

The image below highlights how the price for a VLCC ship has changed over the past decade. This highlights how we are currently seeing the most protracted period of upside for tanker rates since 2008.

As per any contract, a longer deal would likely provide a lower daily return to the tanking company. However, whether the firm seeks to lock in elevated long-term rates, or utilise shorter period to heighten the daily return, profits are expected to surge in the coming months. 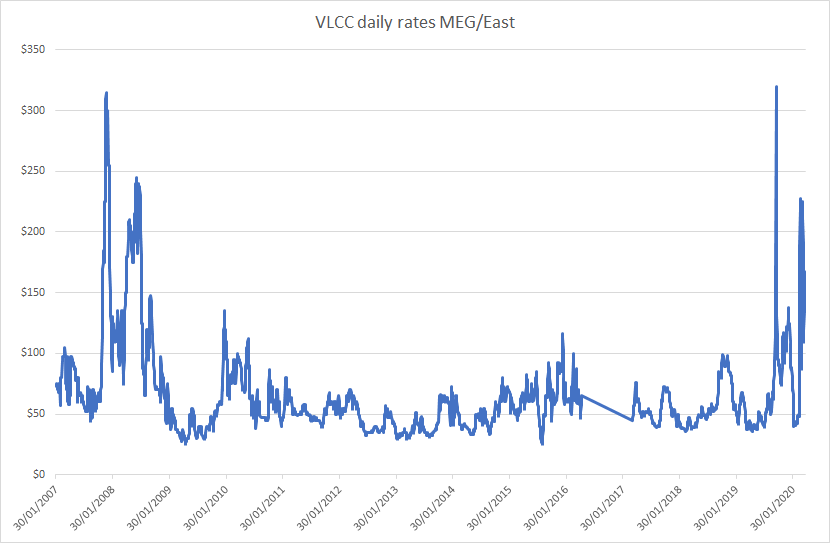 There are a number of companies in the field, most of which are listed in the US. The following are companies that could be worth looking into:

Teekay Tankers
The long-term charts provide us with perspective for this industry, with the prospect of a once-in-a-decade surge in daily rates helping to elevate the prospects of the industry.

The surge we have seen over the past year could just be the beginning of this recovery, with the prospect of a 2008-style ramp up in profits signaling a good chance we will see the stock gain a significant amount of ground over the coming months. 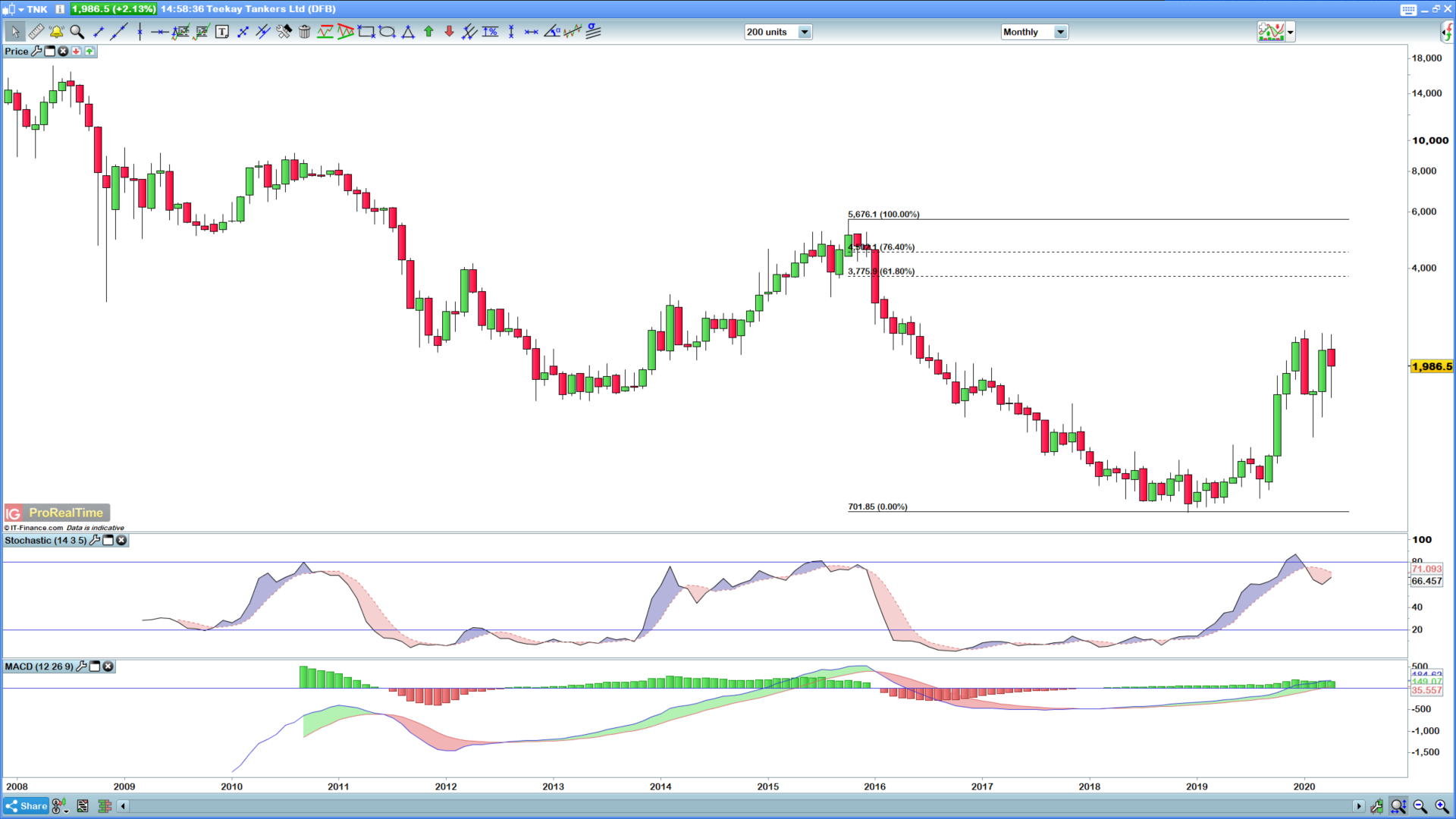 DHT Holdings
A somewhat similar story for DHT Holdings, with a decade-long decline potentially coming to an end. The price has hit a seven-year high earlier in 2020, yet that could be the beginning of a wider recovery if we break through trendline resistance.

With the stochastic looking set for another shift towards the upside, there is a compelling case that we are due to see a significant recovery for this stock as we move forward. 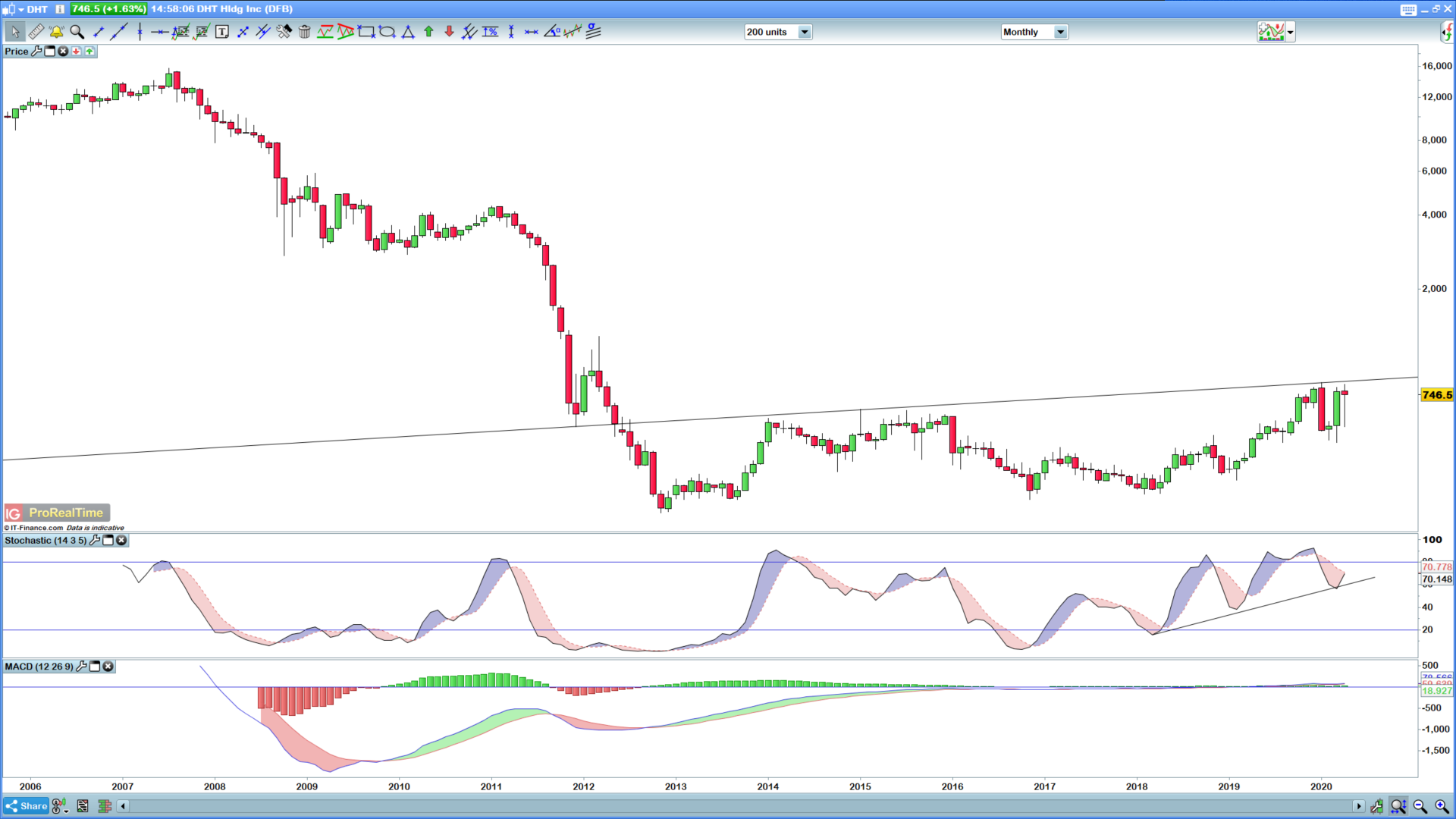 There are plenty of other examples, but it is worthwhile noting that if these tanker rates remain elevated, we could be on the cusp of a major resurgence in the oil tanker sector. While that rally may not be long lasting, it could provide a short-sharp rise as companies make a huge bounty during these extraordinary times.

There are always risks, and the rise seen in rates in the fourth quarter (Q4) of 2019 highlights how these conditions are not guaranteed to last. Oversupply in the oil is the backbone of this potential surge for the sector. Easing travel restrictions could ease the huge gap between demand and supply.

Meanwhile, if we saw a drug such as Gilead’s Remdesivir come to market in the near future, that would also ease the length of these current restrictions on movement. Thus, the longer we see movement locked down, the more likely we are to see this sector outperform. The price of crude should provide a good gauge of how market sentiment is viewing the length and size of the oversupply.
Source: IG Bank