Oliver Design completes outfitting of the “HODOR”, support vessel for one of the world’s largest and,most sophisticated private yachts

•The “Hodor” has a heliport, mini-submarine, diving equipment and a number of recreational crafts and vehicles, and will be tasked with shadowing a yacht of which details have not been revealed

•Oliver Design carried out the design and outfitting of all onboard living spaces, including the crew’s quarters and the stylish guest areas

•The 66-metre aluminium catamaran designed by Incat Crowther from Australia with Technical Consultancy and Project Management by Robert Smith of YCTS, Ltd, has been built at the Armon shipyards in Spain

Oliver Design, a Spanish firm specialising in naval design and architecture has just completed interior outfitting on the “Hodor”, a spectacular 66-metre catamaran design “Shadow Boat” by Incat Crowther from Australia and built at the Armon shipyards in Burela-Lugo (Spain), with Project Management/Technical Consult by Robert Smith of YCTS, Ltd. This is Oliver Design’s first Interior design for a shadow boat, a highly sophisticated new class of vessels, designed to act as support ships for super-yachts. The “Hodor” will service one of the world’s most exclusive private luxury yachts, of which details have not been revealed. 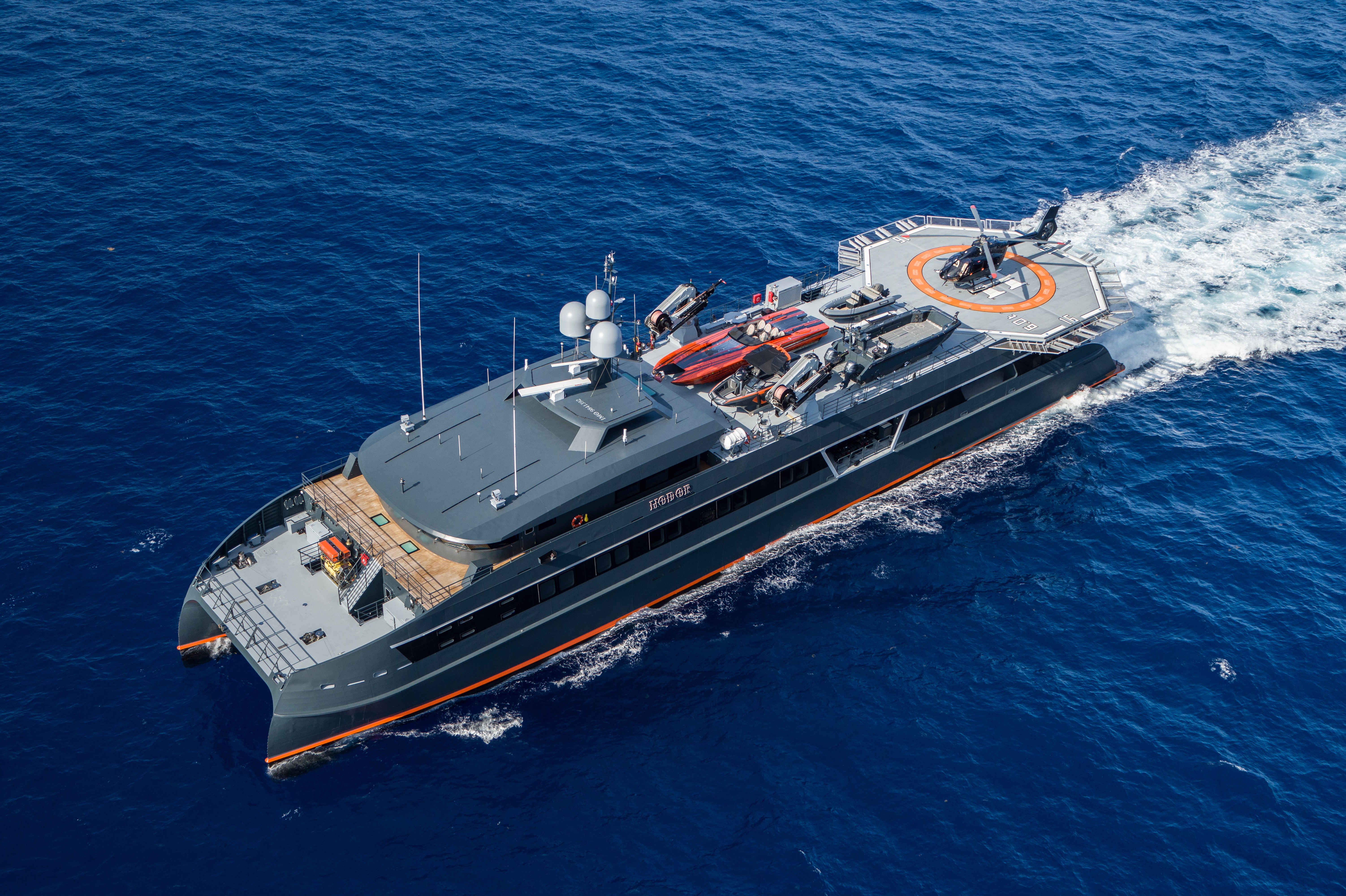 Oliver Design’s contribution to the project involved designing the interiors and outfitting all living spaces on board the “Hodor”, including both the stylish guest areas and quarters for the ship’s twenty crewmembers. The firm also carried out the meticulous work of insulating the ship’s technical areas, including the engine room.

For the most luxurious areas, designed by the specialized firm Halberg Design, Oliver Design provided a scale replica, competing with leading companies in this sector to produce a quality product that would meet the highest standards requested by the client. The replica was successful and OD was granted with the contract for the guest areas interiors. 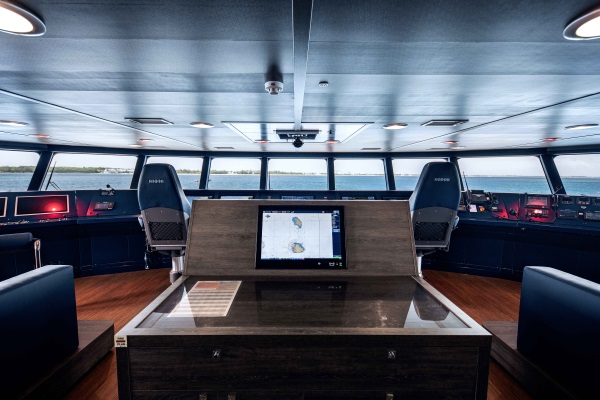 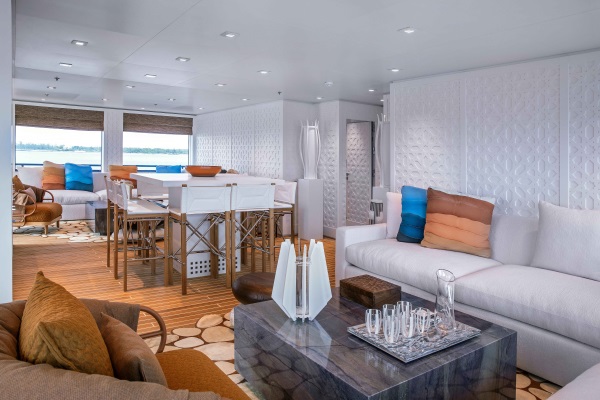 The “Hodor” is a three-deck 66-metre catamaran with an aluminium hull and superstructure. With a 14-metre beam, it can reach a cruising speed of 25 knots. It is the first shadow boat to be built in Spain. It boasts a helicopter and heliport, mini-submarine, sophisticated diving equipment with a hyperbaric decompression chamber, an 18-metre tender and several smaller vessels, including motor boats, jet-skis and ATV vehicles.

The ship marks Armon Shipyards and Oliver Design’s first incursion into an exciting new market sector, and the two firms are already partnering on the design of a second Cat Shadow Boat utilizing strategic partnerships with Incat Crowther and YCTS, Ltd. 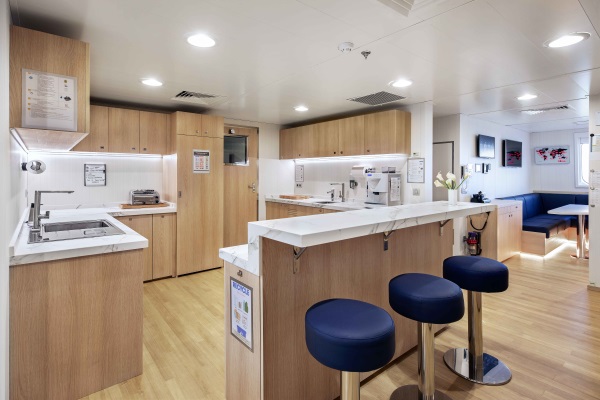 A new and highly sophisticated range of vessel
The “Hodor” joins a highly sophisticated new range of vessels, called “shadow boats”, built to provide support for luxury yachts. Like the auxiliary vessels used by naval fleets to transport fuel, food, ammunition, medicine and spare parts, shadow boats are tasked with providing the most complete experience to passengers on the yacht.

Shadow boats make it possible to complement the usual levels of luxury on the mother ship with exciting extras such as underwater exploration, helicopter trips and outings in a whole range of floating devices—from humble canoes to powerful water-skis, motor boats and even small sailboats. In this way, the shadow boat can act as a sort of floating toybox.

The first examples of this new breed of boat were developed in the 1990s, but early versions were more like unattractive floating warehouses. In recent years, however the trend has been to create a new type of mega-yacht, rivalling the mother ship in luxury and aesthetic appeal. There are currently only about twenty units in service around the world, but the numbers are growing and in the future, it is expected that most super yachts will boast their own support vessel. The “Hodor” is the first significant launch of a Shadow Boat in the world using a Catamaran hull (“Shadow Cat”), which gives her a much greater volume. As well as housing a