Ship owners looking to scrap their older vessels, are more likely to find a good deal in the Pakistani scrapyard market. In its latest weekly report, shipbroker Clarkson Platou Hellas said that “it has been a week emphasizing how this market is ever changing and volatile, ensuring it always difficult to know a vessels true market value. This has come about following a change in sentiment this week with some conservatism on rates coming into force again. It has been reported that the domestic steel markets are quivering at the prices being seen in the international market and fears remaining in the Sub. Continent regions, particularly India, regarding the continuing rise of Covid-19 cases and the handling of the virus and importantly, how they intend to deal with the upcoming Winter. Some hesitancy has also encroached Bangladesh where local recyclers remain cautious at present which is mainly attributed to the large Cape and VLOC’s acquired earlier in the year and yards still digesting this large LDT tonnage”.

According to the shipbroker, “Pakistan still remains the most eager destination for vessels, and the strongest in terms of price levels, of all three Sub-Continent markets, however, some question marks have been raised concerning recent ‘high priced’ acquisitions which is reportedly leading to a ‘standoff’ between the cash buyers with tonnage in hand and the recyclers. We would stress also that the large Bulk carrier sales that were reported in some media outlets and market reports last week seemed to have excited many without knowing the context of the deals concluded and creating an artificial market. With the two reported capesize units sold, there is an option to trade these units further which it is understood the Buyers will be take up and fix them both on charter due to the firming freight markets. This also goes for the Panamax concluded in the sale which ties in with the two Cape bulk carriers as a package and thus not a market related price and just one to watch until she inevitably arrives at a recycling destination. With little supply of vessels on the horizon however, prices have a chance of recovering from the slight decline seen this week and hovering around the mid USD 300’s as many Cash Buyers have very little in hand and this is contributing to their frustration which could inevitably lead to some panic buying from some”, Clarkson Platou Hellas concluded. 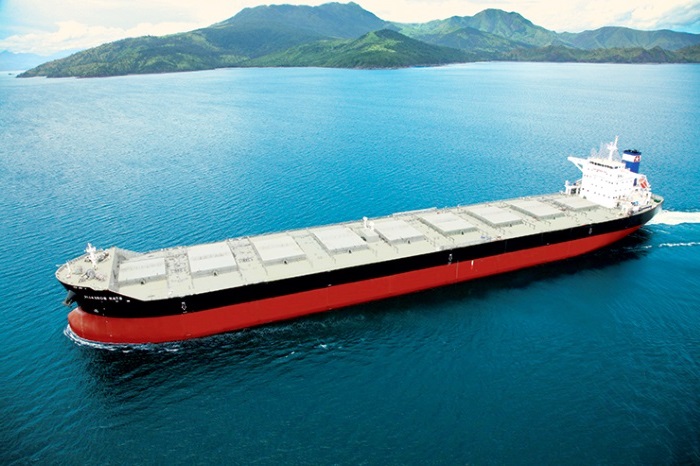 In a separate note, Allied Shipbroking added that “we are starting to note a divergent pattern emerge between the dry bulk and tanker sectors in the ship recycling market. In the case of the former, the improved sentiment and healthier freight earnings have curbed interest amongst owners of vintage dry bulk tonnage. However despite this, this past week we noted a significant number of dry bulk units being scrapped. In terms of the latter, the uninspiring performance of freight rates has led owners of vintage tanker units to negative PnL accounts, pushing them to take up the retirement option for some of the older units. Meanwhile, the recent improvement in offered prices has been a bullish factor that has already increased activity in the Indian Sub-Continent. Bangladesh, which was leading the market during the first half of the year, has seen its market share reduced due to improved fundamentals in other destinations. However, it remains a robust option and we expect activity in the country to retain at fair levels. At the same time, India continued being the top option for green recycling. The increased offered prices and the stability of fundamentals as of late have increased optimism amongst local breakers. Finally, the unexpected strong return of Pakistan seems now to not be just a temporary affair. Activity from local breakers there remains robust and this is expected to continue throughout most of the final quarter of the year”, the shipbroker noted.

Meanwhile, in a separate note, GMS, the world’s leading cash buyer of ships said that “a whole raft of sales have reportedly been concluded over the past week or so and into all markets, as subcontinent recycling locations finally get back into the groove after the prolonged absence and declining rates witnessed during the peak of the Covid-19 crisis this year. Following a first half of the year that was dominated primarily by containers and PCTCs (for HKC green recycling), it is noticeable from the sales board this week that the number of tankers for recycling is starting to increase as well. Prices have been on a dramatic upward curve over the last several weeks, clawing back the nearly USD 150/LDT of losses sustained during the second quarter of the year. However, amidst an improving supply of vessels, levels appear to have steadied / stabilized in all subcontinent markets around the mid USD 300s/LDT for the time being. Even levels from the Turkish market made a mild improvement this week, as local offerings jumped despite the Lira weakening to record lows against the U.S. Dollar”, GMS concluded.
Nikos Roussanoglou, Hellenic Shipping News Worldwide