The Panama Ship Registry is the largest in the world since 1993. This year, most of the vessels that entered the Panamanian registry were Bulk Carrier vessels. Panama-flagged bulk carriers represent 22% of the world´s bulk carrier fleet, with 2,725 vessels and 112.1M GT, according to the Clarksons Research.

Between January and August 2021, Panama has incorporated 218 newly-built ships to its fleet, contributing 6.6 M GT, of which 61 vessels are from the bulk carrier segment.

Despite the pandemic caused by Covid-19, the Panamanian Registry is the most favorable option for ship owners thanks to the country´s legal security, the 24/7 attention and human resources´ level of professionalism and effort.

Panama, as a flag state, has registered the 24 largest container ships in the world, in relation to their cargo capacity, totaling 5.5M GT and having less than 2 years of construction. 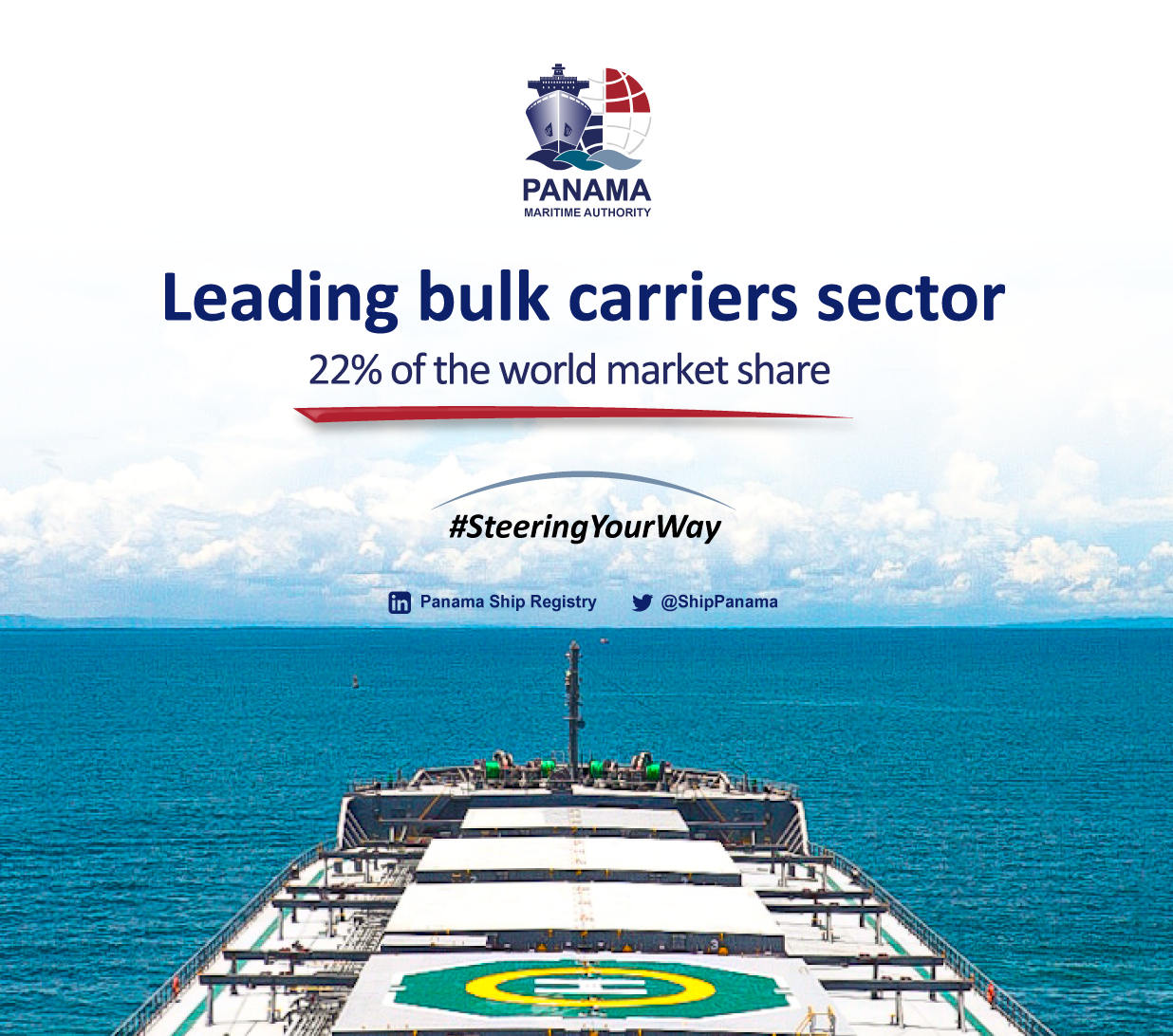 In the cruise ship segment, the Panama Ship Registry is among the three flags most chosen by shipowners. The Panama fleet includes 42 cruise vessels representing 3.4M GT.

The performance of the Panamanian fleet at the end of July 2021 remains at 96.68% compliance in relation to the various Memoranda of Understanding; in addition, the country remains on the White Lists of the Paris MoU and Tokyo MoU.

Panama has been part of the Maritime Anti-Corruption Network (MACN) for more than a year, reaffirming its commitment to be a transparent and responsible registry with international compliance.
Source: Panama Ship Registry