There is no doubt that ammonia and methanol are in the race to be the most viable zero-carbon bunker fuels in the global shipping industry. When you consider the rapid acceleration of the world’s transition to a greener future and that shipping facilitates 90% of the world’s traded goods, the importance of these budding markets could be colossal. But two ingredients to leverage these urgently needed carbon-free fuels first need leveraging in the Middle East and beyond: collaborations and investment.

Signs of appetite are certainly emerging. Ammonia itself is not new, with 80% of the market used for the fertilizer industry, according to the Royal Society, but using ammonia as a bunkering fuel is very new. The first such ship is yet to be built, so this a very fresh journey – meaning there is plenty of potential for first-mover advantage. Industry expects ammonia usage to grow to 7% of fuels by 2030 and 20% by 2050, detailed a survey by Lloyd’s List and LR – making it one of the top three fuels with potential for 2050. Potential customers are also emerging, including those who already share established trade links with the Middle East. For one, Japan has set a formal target to grow the nation’s ammonia fuel demand to 3mn t/yr by 2030 – from zero now.

Oman’s strategic green hydrogen project HYPORT Duqm signed a cooperation agreement with Uniper to provide engineering services and negotiate an exclusive offtake agreement of green ammonia from 2026 – potentially leading to the first ship on the high seas with ammonia bunkering. The $5bn deal in Saudi Arabia between Air Products, ACWA Power and NEOM to produce and export green hydrogen will also produce 1.2mn t/yr of green ammonia. Scheduled to be onstream in 2025, Air Products said it will be the exclusive off taker of the green ammonia.

Methanol is also attracting attention, especially as it can be blended with other bunkering fuels, such as low sulfur fuel oil (LSFO). Moves by Maersk, the world’s largest container shipping company, reflects how the market is increasingly open to change. In the first quarter of 2024, A.P. Moller – Maersk plans to introduce the first in a series of eight large ocean-going container vessels capable of being operated on carbon neutral methanol. More than half of Maersk’s 200 largest customers have set, or are in the process of setting, ambitious science-based or zero carbon targets for their supply chains – a trend increasingly echoed by other major operators. 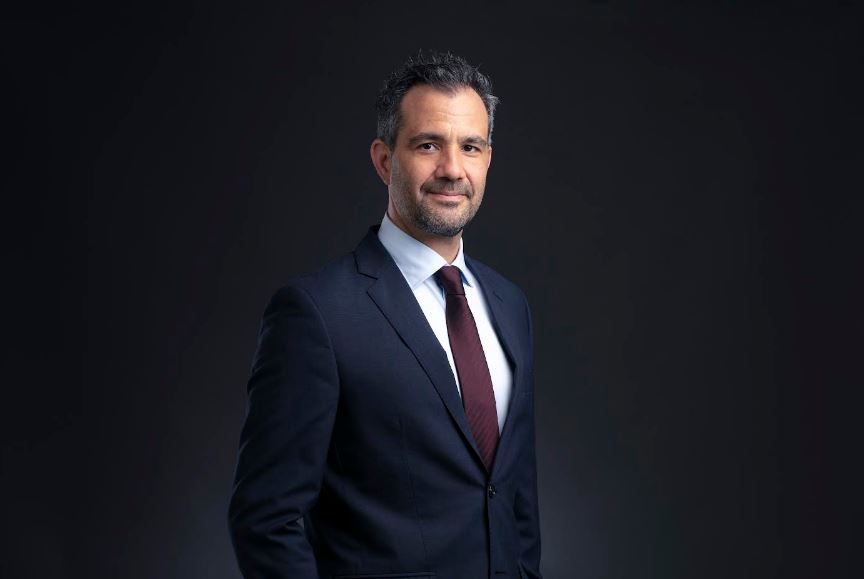 The pressure to tick both economic and environmental boxes in the shipping industry is fast rising. The sector produces around 3% of global greenhouse gas (GHG) emissions and emits an estimated 15% of some of the world’s major air pollutants annually, highlighted the World Bank. These may not seem like big figures, but in the context of the global pressure on industry’s decarbonization, they are big enough. And they have even more weight following the recent report by the UN’s Intergovernmental Panel on Climate Change (IPCC) report – a “code red for humanity.”

We are currently working on the cost side of ammonia bunkering, so that our current and prospective customers can understand cost per volume. We hope that interested parties can share their demand projections with us and then together, with us also leveraging Uniper’s global footprint, we can establish a commercially viable supply chain in ammonia or methanol bunkering. Of course, it is a risky sell for some as it proposes investing finances and reputational weight into a bunkering market that does not yet exist. But adopting this collaborative approach means harnessing the coveted first-mover advantage in a scalable market for which their clear political and environmental need. Using this collaborative clout, such a partnership could be the first to use ammonia bunkering in the Middle East, or even worldwide.

It is clear that there is a lot of work to do. For one, marine engines capable of using ammonia are not yet available. There are many routes to market, but one is an obligation by a company that orders a vessel to make it compliant for carbon-free fuel at the same time. Completing such upgrades could take up to three years to complete, meaning customers willing to commit to longer-term ammonia offtakes in 2022 could secure their supplies from 2025 onwards – a relatively quick schedule. Investments in broader infrastructure is also needed, primarily dedicated tankage and ammonia barging. But longer-term commitments from interested shipping clients are pivotal to kick-starting those investment.

The UAE’s Port of Fujairah, the world’s third largest bunkering hub, holds great potential for ammonia bunkering – but it will likely require investor support to support the entire value-chain. For example, it will require building a terminal and pipelines to the jetties. Much can be learned from the route taken by Singapore, the world’s biggest bunkering hub, as it already has ammonia tankage, pipelines, and jetties. Keep in mind, however, that this potential is not restricted to the Middle East and Asia – we are interested in global conversations.
Source: By Lars Liebig, Managing Director, Uniper Energy Dubai (UED)

Previous: Methanol Institute: EU’s Fit for 55 agenda is an opportunity for progress on shipping emissions
Next: Dry Bulk Ships’ Values Set to Rally