Torben Janholt, Chief Executive Officer commented: “First quarter results were satisfactory considering the otherwise testing period for the dry bulk market. The markets were weaker than expected due to many factors such as the US-China trade conflict, infrastructure disruptions in Brazil and heavy weather conditions in Australia.

Financial Highlights at a glance:

“However, good chartering strategy with foresight saw our fleet covered for more than 65 per cent during this first quarter thereby beating average rates in the market and securing a positive operating cash flow. Our decision to dispose vintage tonnage enabled us to achieve a gain of $3.9 million in early April 2019 and net cash proceeds of about $7.7 million which significantly boosted our liquidity.

“Pioneer Marine also experienced a first period as a successful commercial manager despite the weak market and we aim to further expand on this activity together with our traditional position as an active owner of modern handy size bulkers.” 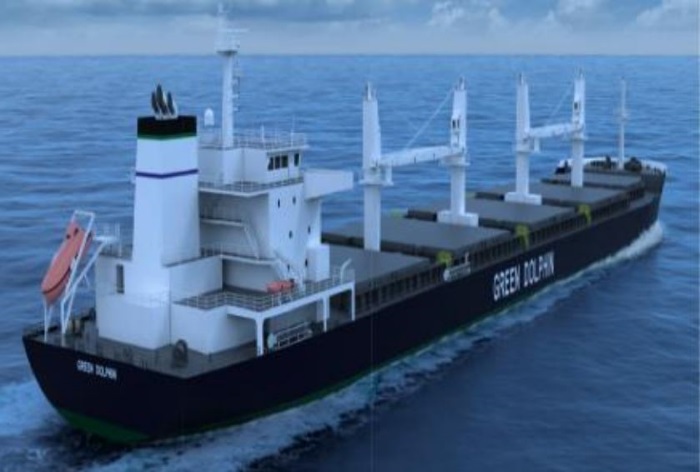 As of March 31, 2019, the Company had a total liquidity of $23.3 million inclusive of $10.9 million in restricted cash. The Company has no capital commitments.

Company’s plan is to proceed with the installation of Ballast Water Treatment System (‘BWTS’) on four vessels of the fleet within 2019 and the remaining fleet vessels up to early 2023. From the current fleet two vessels are already fitted with BWTS.

Adjusted EBITDA totalled to $6.2 million for the quarter, 35% increased as compared to first quarter of 2018.

TCE rate of $8,523 for the first quarter of 2019, is slightly decreased by 5.2% compared to TCE rate of the same period in 2018. Despite the current weak market conditions, the Company achieved a TCE rate far above market indices and this is mainly attributable to Company’s strategy since late 2018 to cover more than half of its vessels under short term period charters to ensure profitability.

An impressive decrease of 13.2% on daily vessel OPEX, which were reduced to $4,333 per day for the three months ended March 31, 2019 compared to $4,992 during the same period in 2018, is mainly due to the cost control efficiencies achieved.

Similarly, adjusted daily G&A rate dropped by 27.4% to $439 per day as a result of our continuous efforts to keep this cost centre at competitive levels compared to its peers.

During the first quarter of 2019, Mykonos Bay completed her special survey with a total cost of $0.7 million while during the same period prior year no such expenditure occurred.

Depreciation cost amounts to $2.4 million impacted upwards due to fleet growth as Pioneer fleet consists of 19 vessels, while in the same period in 2018 the Company owned 16 vessels.

Interest and finance cost of $1.6 million was increased by 12.2% despite reduced margins agreed for the new facilities, mainly due to Libor rates upward trend along with increased average loan balance.

Cash flow activities highlights during the first quarter of 2019 mainly include, the loan repayments amounted to $4.1 million and prepayment of Paradise Bay loan amount of $2.5 million due to the agreed sale of the vessel. During the same period, the company paid a total of $0.4 million for repurchase of common stock.

The cash proceeds from the sale of Paradise Bay were received upon completion of sale on April 10, 2019 and the net gain of $3.9 million was recognised.