The World Environment Day is celebrated each year on June 5 and was designated by the UN in 1972 as a day for informing the public and raising awareness of the environmental issues facing our planet. For the year 2019 the day is devoted to the theme “Air Pollution”.

Within the framework of sustainable development, PPA SA responds directly to this global call for action, setting as priority the reduction of the impact of its activity on the environment according to the requirements of relevant legislation and beyond this. 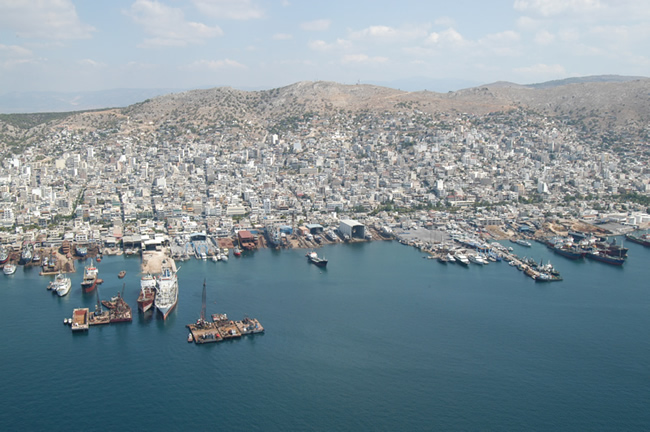 Particularly regarding the environment day of 2019, PPA SA has undertaken actions focused on the improvement of the quality of the atmospheric environment:

• Since 2009, in collaboration with the National Technical University of Athens, an integrated Program for monitoring the quality of the atmospheric environment in the port is implemented through a special permanent monitoring station.
• In the last year, the Program was upgraded by adding computational simulation models for the emission and dispersion of air pollutants in the port area in order to estimate the port footprint in the city of Piraeus.
• Initiatives for energy saving and energy supply from renewable sources are being promoted on a continuous basis. In this context, PPA SA financed from its own resources and operates since 2016 a photovoltaic plant with a capacity of 430 kWp producing “green” kWh and thus contributing to the avoidance of emissions of greenhouse gases.
• The carbon footprint of PPA SA’s activities is estimated every year based on International and European standards, and actions are taken to improve its carbon footprint.
• As one of the largest ports PPA SA is preparing for the use of alternative fuels by ships and the use of reduced sulfur fuels in accordance with IMO specifications.

More details regarding the environmental activities of PPA SA will be included in the Social Responsibility Report of the Company which will be released by the end of June 2019.

Should shipowners be responsible for compliance with shipping ETS?