http://www.olp.gr/en/press-releases/item/4939-inauguration-ceremony-of-the-%E2%80%9Ccruise-terminal-expansion%E2%80%9D-project
The inauguration ceremony of the Cruise Terminal Expansion project was held today at the cruise terminal of Piraeus. It is a project with initial budget € 120 million, co-funded by the European Regional Development Fund through Priority Axis 7 of the Regional Operational Program Attica 2014-2020.

The Cruise Terminal Expansion to the south will be constructed 2 berthing positions for the “new generation” cruise ships of over 280m. long with a timetable for implementation of 32 months. This project will contribute to the increase of the Piraeus port capacity in order to receive big “new generation” cruise ships and consequently to the increase in homeporting (start / end of cruise trips from the port of Piraeus), which also means more revenue for the local economy.

The inauguration ceremony of this major project was welcomed by the Minister of Shipping and Insular Policy, Mr. Ioannis Plakiotakis, as representative of the Prime Minister. The Regional Governor of Attica Mr. Georgios Patoulis referred to the great contribution of the project and the Mayor of Piraeus, Mr. Yiannis Moralis highlighted the importance of the project for the local economy. Also the Minister of Tourism Mr. Charis Theocharis, the Ambassador of China Mrs. Zhang Qiyue, the Archbishop Ieronymos and the Metropolitan of Piraeus Serapahim honored the event with their presence.

Representatives of the major cruise companies (Carnival, Royal Caribbean) and other representatives from local authorities, shipping agencies, chambers and various associations showed with their full participation that this project will have a positive impact not only for the port itself but also for the local and national economy.

The Chairman of PPA S.A. Mr. Yu Zenggang stated: “COSCO SHIPPING has a holistic development plan for the port of Piraeus. Our goal is to improve all the port activities and the expansion of the passenger port will enhance the cruise sector not only Piraeus but the whole Greece”. 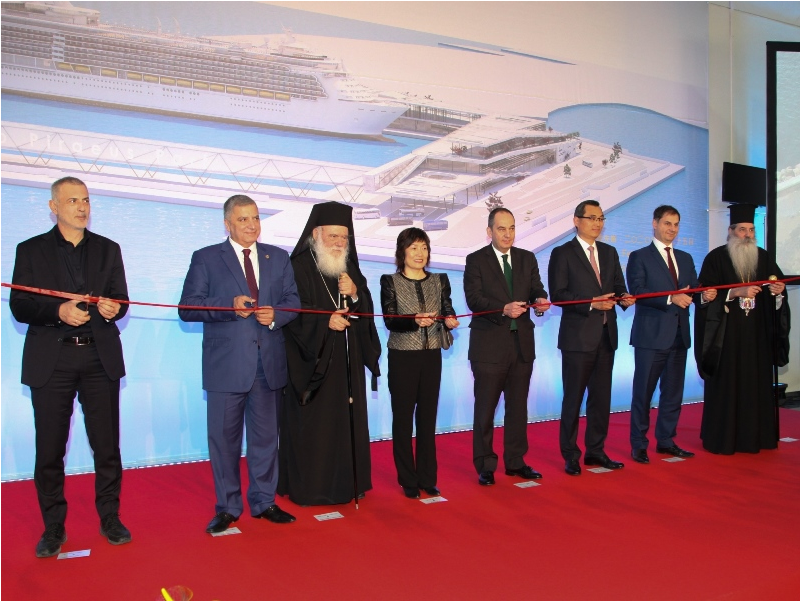 The Mayor of Piraeus Mr. Yiannis Moralis, the Regional Governor of Attica Mr. Georgios Patoulis, the Archbishop Ieronymos, the Ambassador of China Mrs. Zhang Qiyue, the Minister of Shipping and Insular Policy, Mr. Ioannis Plakiotakis, the Chairman of PPA S.A. Mr. Yu Zenggang, the Minister of Tourism Mr. Charis Theocharis and the Metropolitan of Piraeus Seraphim. 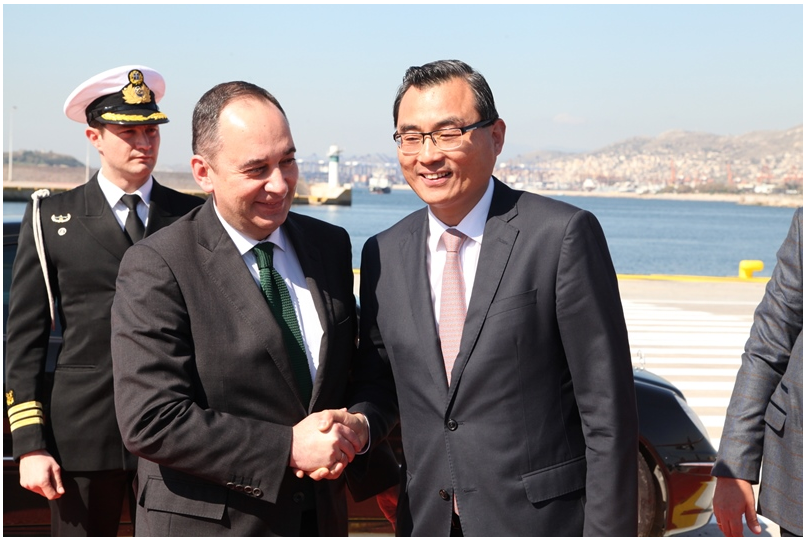 The Minister of Shipping and Insular Policy, Mr. Ioannis Plakiotakis with the Chairman of PPA S.A. Mr. Yu Zenggang. 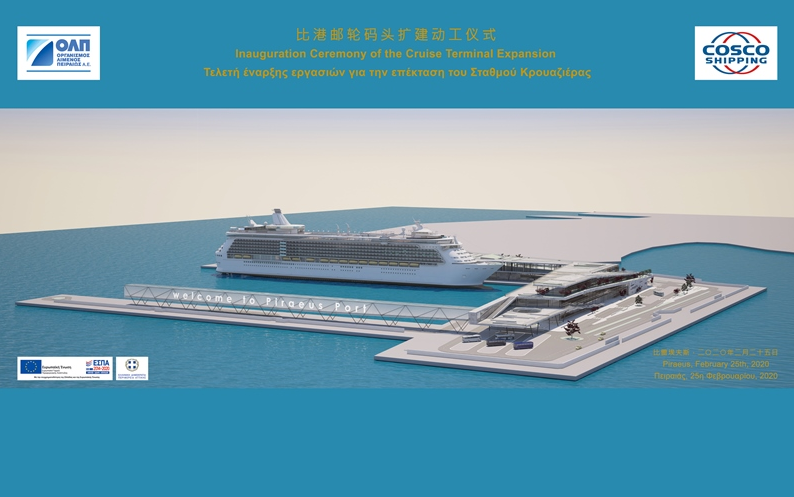