Consideration given to the construction of Halo Handling, the base for SH Pratt Group’s new value-adding venture for temperature controlled produce, ensured a 16% reduction in carbon emissions during the build. 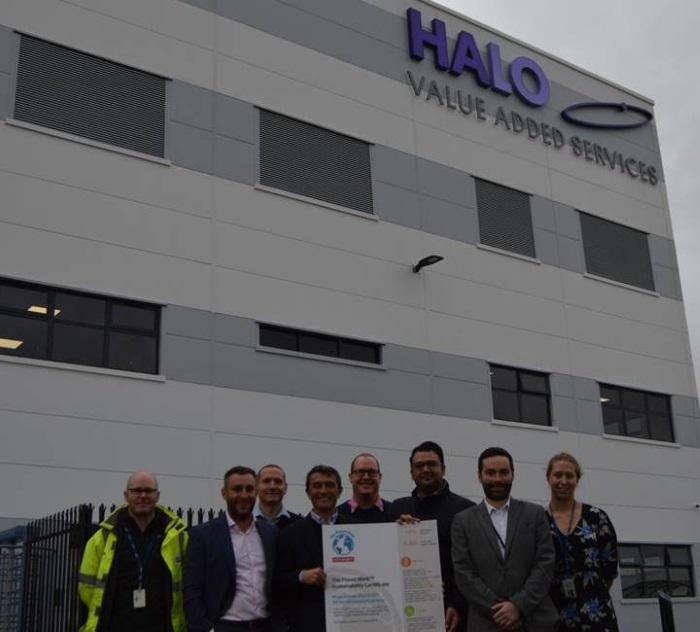 As a result, the facility received the Planet Mark™ accreditation, an internationally recognised and trusted sustainability certification acknowledging commitment to continuous improvement in sustainability.

Recognition for the building comes as Emma Cowper, Sustainability Manager at DP World London Gateway was awarded Sustainability Influencer of the Year at the inaugural Planet Mark Awards (Thursday October 11). The accolade goes to an individual that has made an outstanding contribution towards raising awareness of sustainability.

Such consideration to sustainability means that those businesses using DP World London Gateway – a deep-sea port on the River Thames with neighbouring Logistics Park for the development of warehousing and distribution facilities – can be assured that their supply chains are more environmentally friendly when using this increasingly busy piece of UK infrastructure.

Construction of the 108,555 sq ft warehouse, the latest building on the fast-growing UK Logistics Park commenced in January 2018, with the building handed over for tenant enhancements in June.

The project achieved carbon reductions by various means, such as through making use of sand dredged from the River Thames during pre-construction of the port to raise the ground level by two metres, by using steel instead of concrete for ground beams; and by installing flooring made from 20-44% recycled content.

DP World London Gateway and Readie Construction – the principle contractor for the facility – also worked together to deliver a workshop for the ‘Eden Project’ at local Primary School, Laindon Park. The project involved over 100 pupils in an assembly and a workshop on reducing our carbon footprint.

“It is fitting that the build of our new, fully-focused handling facility, due to open next month, has obtained Planet Mark accreditation. Our choice of location at DP World London Gateway, will itself reduce the number of trucks on the road and thus carbon emissions, as the location combines warehouse space right beside an integrated deep sea container port; within 28 miles of central London and also adjacent to all main access roads.

“We are confident that, as well as a positive environmental impact, this location, along with our new high-tech temperature controlled equipment will pass on tangible savings to our customers and reduce demurrage by rapid turnaround.”

The report published earlier this year by Planet Mark™ calculated the port reduced its carbon emissions by 10.5% in 2017, compared with 2016. In part, this reduction has come about through trialling a fully electric shuttle carrier and prioritising use of hybrid shuttle carriers to reduce the amount of red diesel used.

The port is also working closely with shipping lines to ensure they know which berths a vessel is going to use, so containers can be placed in the adjacent automated stacking crane (ASC) stacks. This approach is reducing red diesel consumption because shuttle carriers only move containers between adjacent berths and ASC stacks.

Steve Malkin, CEO, CEO of Planet First and co-founder of The Planet Mark, said: “This new warehouse at DP World London Gateway has achieved an outstanding result in making The Planet Mark certification. It signifies positive impacts for society and the environment. It has not only reduced its whole-life carbon emissions, it has reduced waste, energy and water through a sustainable specification, design and build.

“We’ve been working with DP World London Gateway for several years now and it’s a partnership that is delivering results when it comes to reducing carbon emissions, both through construction and operations. To see that as the port grows, its carbon impact is reducing, is reassuring and uplifting. Given so much of what we buy touches ports and warehouses, the fact that DP World is working hard to reduce its carbon use and take the lead on sustainability initiatives means that our everyday goods are arriving with less impact on the environment.” 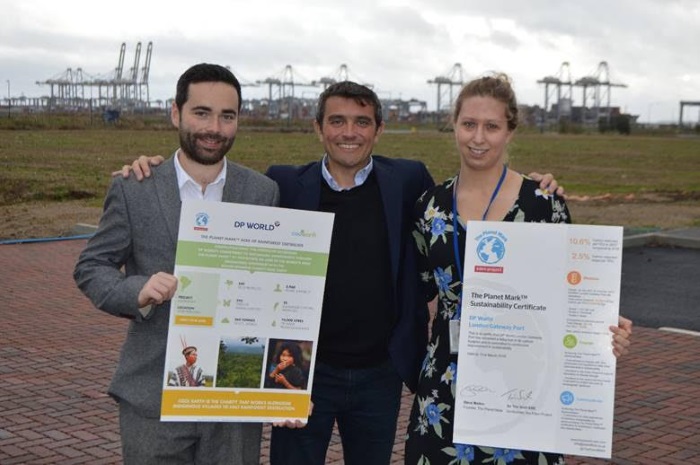 “DP World is fully committed to operating and developing in the most sustainable ways, which in turn means its customers, neighbours and other stakeholders can benefit from a greener, more resourceful facility. Planet Mark accreditation is one indicator of this and I’m pleased that another of the Logistics Park buildings has received accreditation, that initiatives on the port to reduce carbon emissions are making a difference, and that the whole teams efforts in operating the business more sustainably have been recognised through Emma’s award.

“The port is intentionally designed with its Logistics Park on the same site as the terminal, offering shippers a highly flexible opportunity to consolidate and sort products for onward distribution just a few hundred yards from the quay side, significantly reducing the number of trucks on the road and lowering carbon emissions.

“But by using less carbon emissions in construction across the port and the Logistics Park and by reducing the amount of carbon we use in operations, we can make a vital contribution to facilitate trade in the greenest, most efficient ways.”
Source: DP World London Gateway