At the end of last year, Port of Antwerp launched an appeal for the water-bound site of around 15 ha beside Churchill Dock South and expressly demanded ‘breakbulk’ activities. Meanwhile, both the appeal and the contract negotiations are complete. PSA Breakbulk NV will become the new concessionaire. In the context of the new project cargo ecosystem on the site, PSA Breakbulk NV has arranged a merger, involving 50% of its shares, with the Austrian association Felbermayr Holding GmbH, as specialists in heavy lifting activities.

The area around the Churchill Dock has historically developed into one of the most important sites for breakbulk terminals at the port of Antwerp, a fact that has been further consolidated by this choice of concessionaire. Port of Antwerp aims to fuel projects in the breakbulk and project cargo segment as much as possible and believes in its development, which is why the organised appeal explicitly demanded the presence of breakbulk activities.

Port of Antwerp is delighted to accommodate this new project and thus strengthen its position as a breakbulk port in Europe. In Q1 this year, the breakbulk segment enjoyed its best quarter since Q2 2019. The throughput of iron and steel, the most important goods group in this segment, increased by 18.2% due to a peak in the supply of steel, which can be explained by the new import quotas that have taken effect since 1 April. 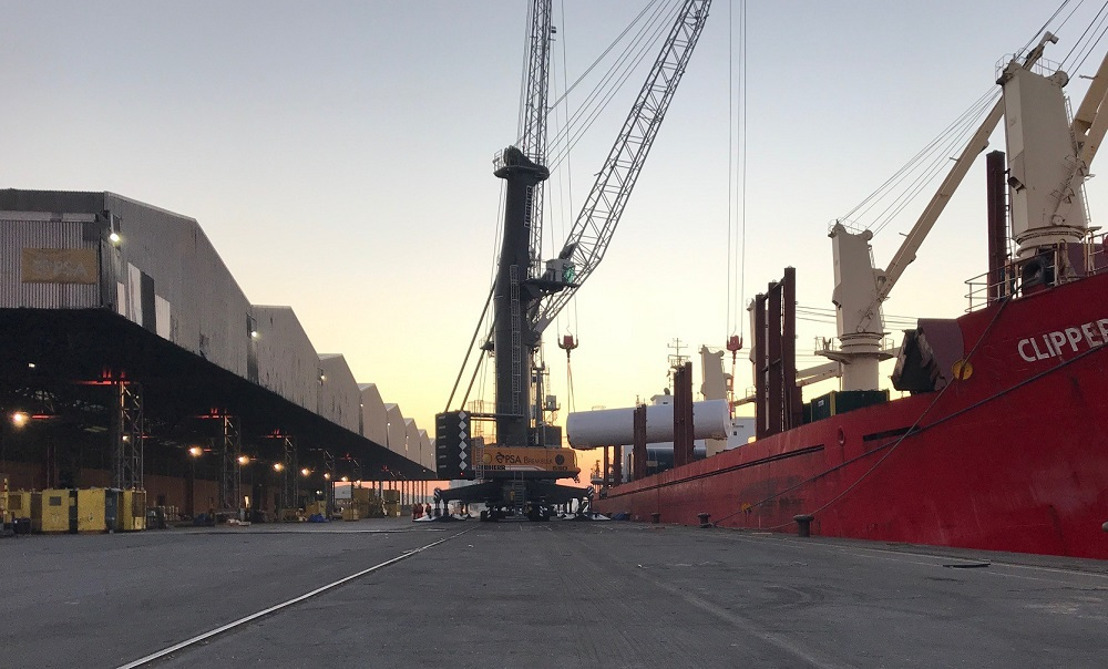 Jacques Vandermeiren, CEO Port of Antwerp: “The joint project by these two firms (PSA Breakbulk NV and Felbermayr Holding GmbH), has been founded on concrete commitments, which are fully aligned with the intended concession objective. Breakbulk generates a high added value in our port’s portfolio, so it’s crucial that we continue to highlight these goods.”

Port Alderman Annick De Ridder: “Antwerp has been the ultimate breakbulk port in Europe for many centuries. As a result, we have all the quality, experience and flexibility in-house to provide solutions tailored to the customer’s needs. You only need to look at the growth figures in the last quarter. Awarding this concession to a breakbulk player confirms that this segment remains an absolute priority for our port and that we will continue to support our breakbulk market.”

Dennis Verbeeck, General Manager PSA Breakbulk NV: “In addition to the focus on steel, we will work out a project cargo ecosystem together with Felbermayr (now a shareholder of PSA Breakbulk NV) with a logistics hub and one-stop-shop for large-scale project cargo. The planned crane with a lifting capacity of 750 tonnes will contribute to the realisation of the project.”
Source: Port of Antwerp

2021-07-06
hellenicshippingnews..
Previous: Indonesia to export crude palm oil to Kenya via Lamu port
Next: Eleven ports are in the running for the ESPO Award 2021