Poland’s biggest port, the Port of Gdansk has received its first delivery of post Brexit fish from the UK.

The Port reported that despite problems at some European ports with long paperwork delays affecting the delivery of fish it had welcomed and processed frozen mackerel from the Shetland Islands in Scotland. The cargo was brought on the Silver Crystal (see pictures and film) a specially adapted 90m long general cargo vessel which has an extensive cold store capacity on board.

The Port of Gdansk is looking to strengthen its position as one of the prime locations in Europe for handling and distributing the seven million tonnes of fish caught in the North East Atlantic each year.

“Gdansk is one of the best equipped ports in Europe for the fast efficient handling of fish,” she said. “We want to work with more fishing companies and maximise the use of the dedicated cold storage and handling facility operated by the North Atlantic Producers Organization (NAPO) and Coldstore Gdansk. The cold store is located at the entrance to the port with ease of distribution to the biggest fish processing companies in Poland within 180 km of Gdansk. In addition, within a five km radius there are two container terminals supporting direct connections with Asia, Africa and Western Europe.” 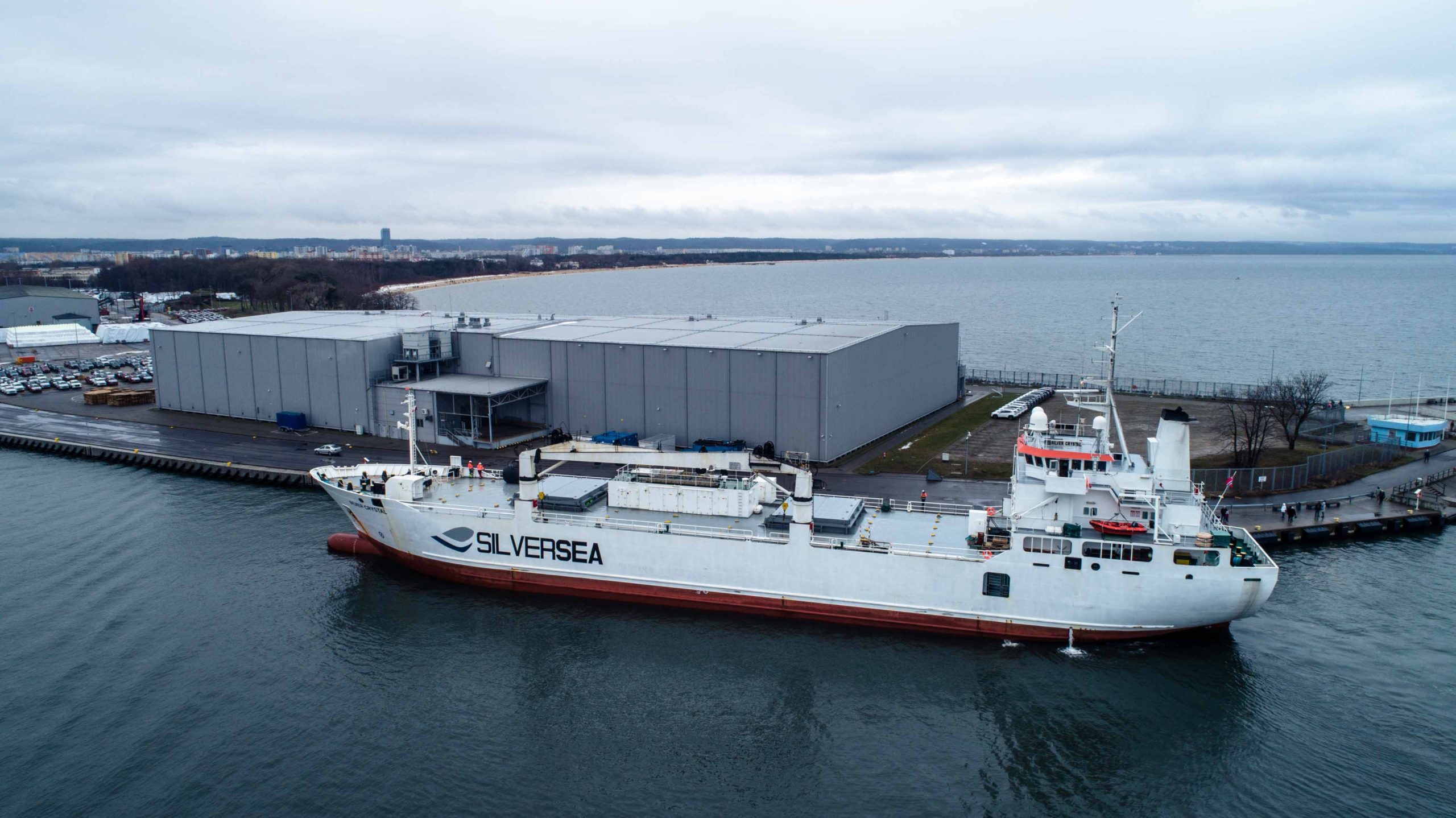 Maciej Kisiel, CEO of Coldstore Gdansk said: “The delivery of cargo from the UK could be made only because we are the only Polish port to have a border veterinary control point dedicated to non-containerized shipments of raw fish. A wide range of raw fish goes through our cold store for distribution across Poland and our hinterland. The objective is to bring more of the fish caught in the North East Atlantic through Gdansk. Our ability to handle this efficiently will be supercharged by the extensive infrastructure and transport improvements being made to the port road and rail access.”

In January the Port of Gdansk reported that key projects within the largest investment programme in its history, covering €1.3 billion of infrastructure investments, will be completed in 2021.

The improvements, which cover 40 projects include the €163million extension and modernization of the road and rail network at the Outer Port. In total this will see 7.2 km of roads, 10 km of new rail tracks and seven engineering structures built or rebuilt making it much more efficient for rail, car and truck traffic to reach the terminals.

Port of Gdansk President Łukasz Greinke said the investment programme is ‘a giant leap forward’ for the port as it seeks to establish its position as the pre-eminent Baltic port with access to a hinterland and foreland of 120 million people reaching across Poland, the Czech Republic, Slovakia, Hungary, Ukraine, Belarus and Scandinavia. The port is aiming to grow cargo handling capacity to more than 60million tonnes within five years. 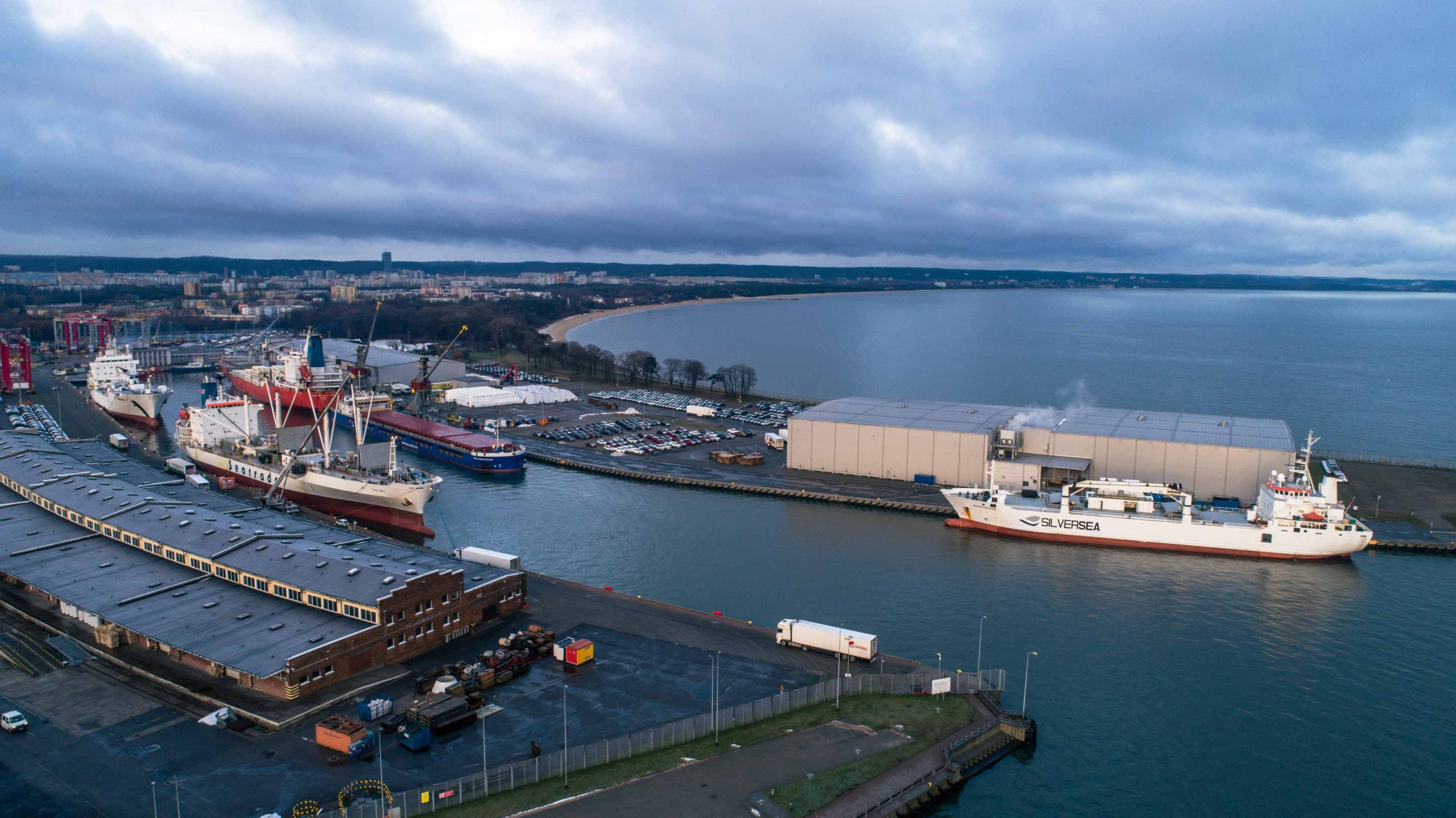 North Atlantic Producers Organization pursues fishing operations under the Polish flag in the North Atlantic area, in West Africa and South Pacific. It is the first organization of fishery producers in Poland, recognized by Polish authorities and the European Commission.

North Atlantic Producers Organization (NAPO) was created in 2003 by Polish companies conducting fishing operations in North Atlantic – NAFO and NEAFC areas, in the Fishery Protection Zone around Svalbard, also in the West Africa – Morocco and Mauritania waters and in the South Pacific – SPRFMO area.

For years we have been cooperating with many national, European and international organizations to help our operators to achieve Common Fishery Policies goals as well as to conduct rational and sustainable fishing operations.

NAPO also undertakes actions aimed on establishing a distribution centre of fishery products. The above mentioned aim was the direct reason of delivering in 2014 at the entrance to the inner port of Gdansk a cold store facility.
Source: Port of Gdansk