Portugal’s Navalrocha shipyard reports flurry of deals in 2020, with busy schedule ahead

Portugal’s Navalrocha Shipyard is reporting a flurry of activity in 2020 as it successfully navigates the COVID-19 outbreak and prepares for a packed order book in the coming months. 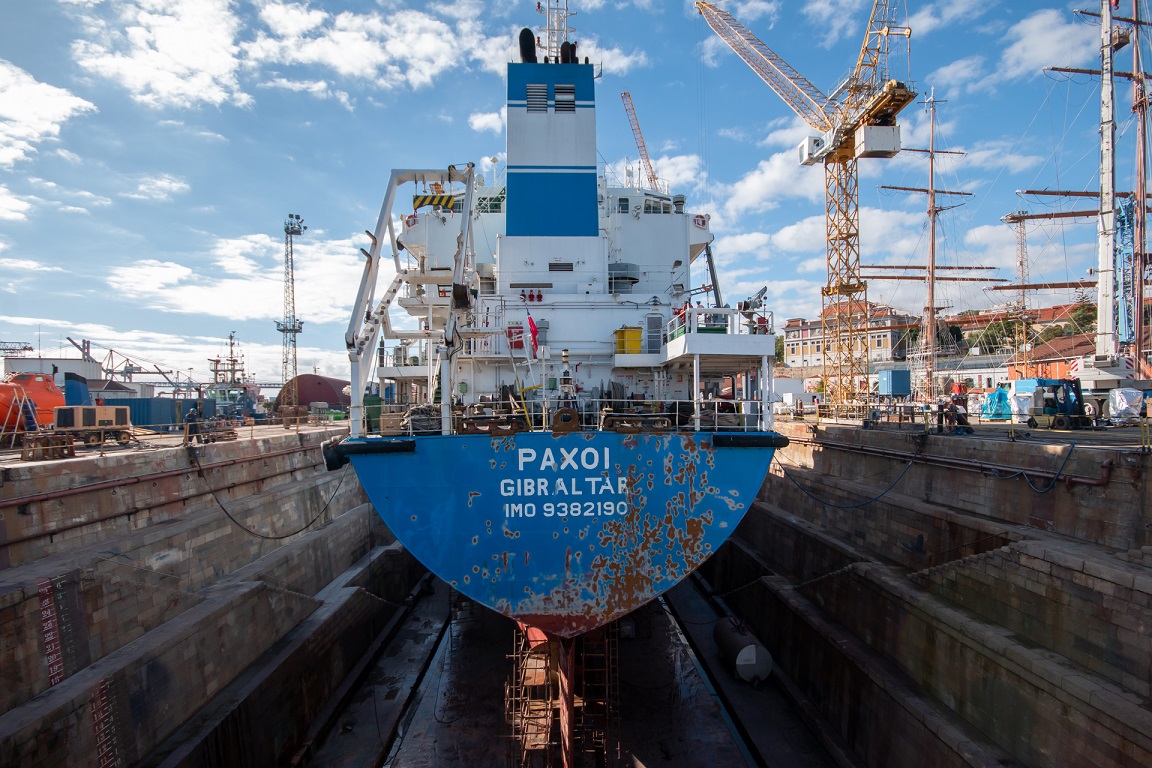 “In these extraordinary times Navalrocha continues to be active and operational,” said Mr Rodrigues. “We are carefully navigating our way through the pandemic to ensure our shipyard remains safe, healthy and open for business in order to provide our clients with fast, reliable and efficient ship repair solutions. Following several landmark projects in the first half of 2020 we are now looking to the future with optimism and a busy order book for the third and fourth quarters of the year. While these are uncertain times our sights remain firmly fixed on remaining active and driving growth in key markets. Our order book for the second half of 2020 involves a steady stream of projects including three high profile BWTS installations, as we further cement our position as a specialist in this area.

“In terms of key growth markets, Navalrocha is also enjoying significant success in the research vessel and tugboat sectors. Our yard is increasingly well placed to cater for the LPG, product carrier and small-scale LNG markets due to its proximity to major Portuguese ports including Sines, Leixoes and Aveiro, while our competitive rates, fast turnaround times, reliability and growing track record place us in strong stead to capitalise on this expanding market. Meanwhile, ‘out of season’ cruise sector work involving widescale refurbishments present large opportunities, alongside the fast-expanding domestic livestock carrier market, where we have built an extensive track record.”

Navalrocha’s first project in 2020 involved a multi-million Euro refit for Dubai-based marine geophysical company Polarcus. The yard worked on the ultra-modern 14 streamer 3D/4D seismic vessel – Polarcus Naila, which is amongst the most environmentally advanced seismic vessels in the world – involving mechanical, hydraulic, piping, steel work, blasting and painting as well as oil, fuel and ballast tank cleaning, carpentry and welding. Around 350 engineers were involved in the contract which required careful management of high-value survey equipment. 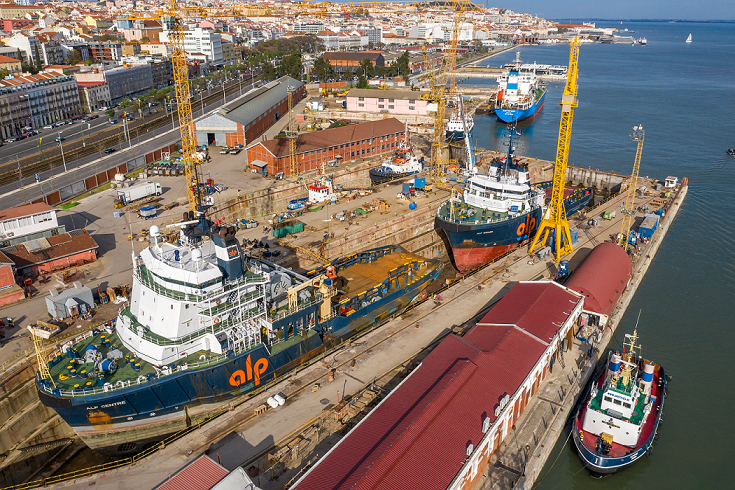 “The Polarcus project helps highlight one of our yard’s significant advantages, which is the scale of our graving docks,” said Mr Rodrigues. “This opens the door to many more projects involving seismic survey vessels and ships with similar dimensions such as OSVs, PSVs and AHTs. The deal came shortly after we delivered our first ever BWTS project for the Paxoi bunker tanker capping off a highly memorable period in the shipyard’s history.”

In late January Navalrocha welcomed the Ice Lady Patagonia II catamaran sailing yacht for a 7-day repair project involving work to propeller shafts and the rudder system as well as scraping and high pressure washing to the hull. This followed an underwater inspection from a team of divers. Another standout project in early 2020 involved the Santa Maria Manuela sailing vessel which underwent a reclassification in Dock 2. The 19-day project saw a range of work carried out including blasting, painting, mechanical work, piping and tank treatment.

February saw the arrival of the Andros bunker tanker, managed by MM Marine Inc – which operates one of the world’s largest fleets of high-specification bunkering tankers. The Andros docked for 15 days where Navalrocha worked alongside its in-yard partner Step Consolidated to install an Alfa Laval Ballast Water Treatment System (BWTS). “In order to maximise speed and efficiency our engineers fabricated new pipes before the vessel arrived after requesting 3D CAD drawings from the vessel management team,” said Mr Rodrigues. “Pre-fabrication work involved anti-corrosion treatment with the application of zinc coating through deep carbonization.” 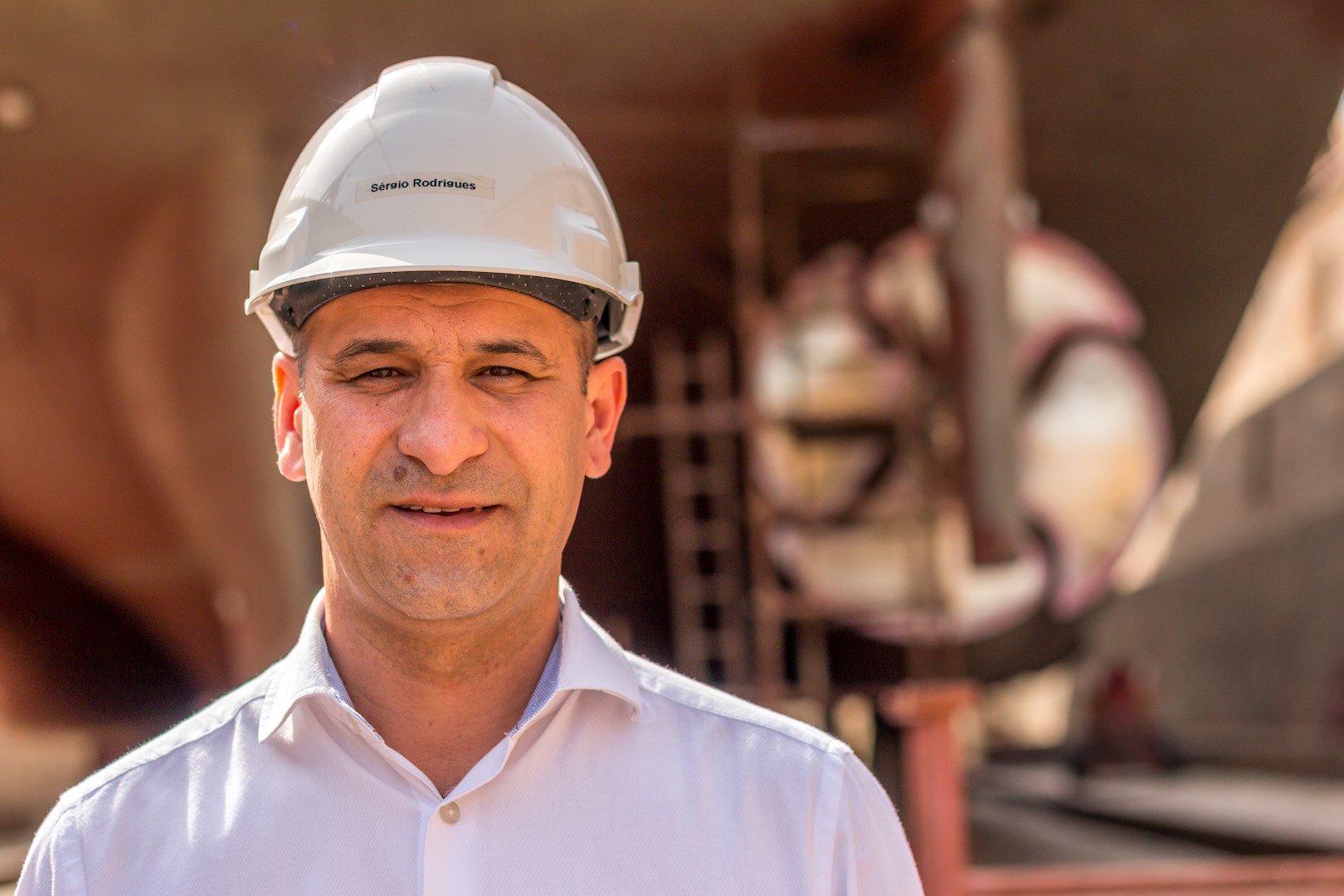 In Spring, Navalrocha docked the Castelo de Sines tugboat operated by Rebonave for reclassification. Work involved blasting, repair work to the propulsion system and full-scale painting. This project was followed by the arrival of two ocean tugs through a new contract with Dutch operator ALP Marine Services. ALP is a specialist in Ocean Towing, Offshore Positioning and Mooring of Floating Platforms, Heavy Transport and Salvage operations. Both the ALP Winger and ALP Centre arrived in tandem berthing in Dock 1 and 2. Navalrocha made special arrangements investing in large machinery and chain blocks to accommodate the heavy 30-tonne vessels. Work included the replacement of three propeller shafts and rudder blades along with painting, blasting and mechanical services.

Mr Rodrigues said one of Navalrocha’s greatest assets is its strategic location in the sheltered Tagus Bay with more than 300 days of sunshine every year. “Our yard is able to offer a fast and cost-effective solution to ship companies looking to avoid the congested Strait of Gibraltar or Mediterranean,” he said. “The scale of the operation, with three dedicated drydocks, also places us at an advantage ensuring every project receives priority treatment from a 70-strong workforce and cluster of sub-contractors based on site.”
Source: Navalrocha Shipyard

The Megaships That Broke Global Trade