While the IMO 2020 regulations bode well for the product tanker market, other factors can come into play, which can have a negative impact. In its latest weekly report, shipbroker Gibson said that “the US product export market has been transformed over the past decade. Exports of clean petroleum products (CPP) averaged 2.5 million b/d last year, up from just 0.8 million b/d in 2008. Rising trade has been underpinned by rapid growth in US crude production and refiners’ access to cheaper crude feedstock. Refining margins in the US Gulf have generally been stronger in recent years, compared to those seen in other regional markets”.

According to Gibson, “due to this competitive edge, further growth in refining runs could be seen. Although utilisation rates are already high, averaging at 92.3% last year, they have been higher in the past – back in 1998 throughput averaged at 95.6% of operating capacity. Increases in capacity are also planned. The biggest addition is by ExxonMobil, who intends to build a new 250,000 b/d crude distillation unit at its Beaumont facility by 2022. There are also plans for smaller additions: for example, Meridian Energy Group plans to build a grassroots 60,000 b/d refinery in Winkler County in the Permian Basin. As the EIA expects to see just modest increases in domestic demand for gasoline, jet fuel and distillates, higher refining runs could translate into incremental product exports. In addition, the approaching IMO 2020 is likely to make US refineries even more competitive. US Gulf refiners have significant capacity to process heavy sour crude and unfinished oils in comparison to much of the world and as such are well positioned to become one of the key providers of compliant bunker fuels, following the implementation of the global sulphur cap”. 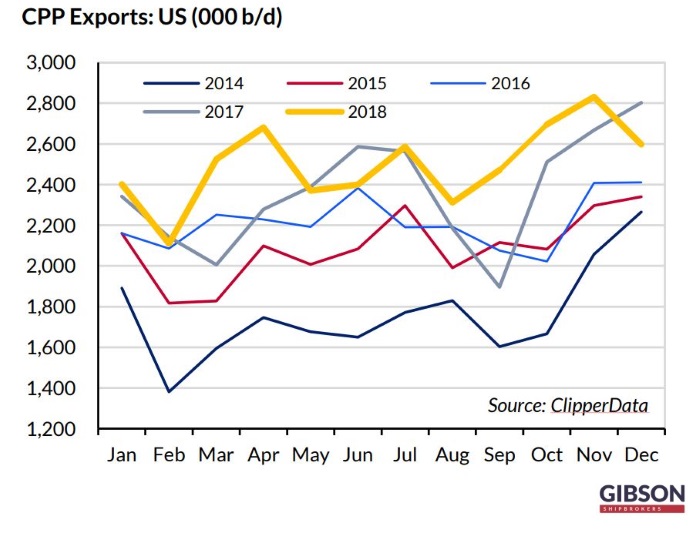 The shipbroker added that “in contrast, refining landscape in Mexico is very different. The country’s crude throughput averaged in 2018 at just 0.62 million b/d or at around 40% of operating capacity, its lowest level since 1990s. The collapse in refining runs is largely attributable to years of underinvestment, although natural disasters in 2017 also played a role. Crude runs are also challenged by the ongoing decline in domestic production of light crude, needed to produce larger quantities of gasoline. With this in mind, it is unsurprising that Mexico is the single largest buyer of US products. Last year, the country’s seaborne imports of clean products from the US averaged over 0.7 million b/d, accounting for 28% of all US CPP exports”. 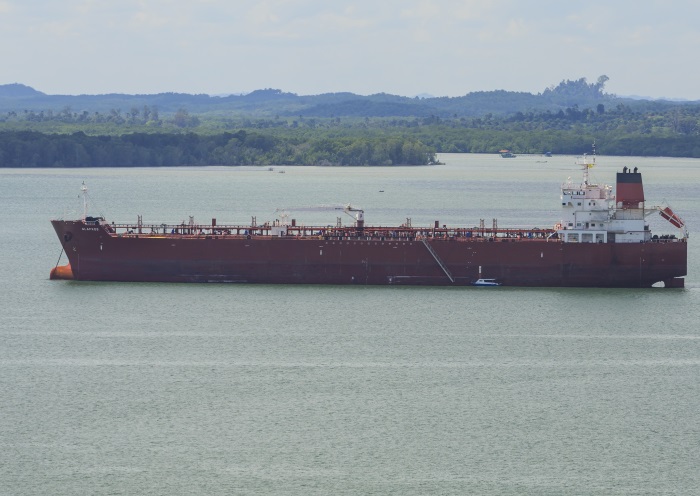 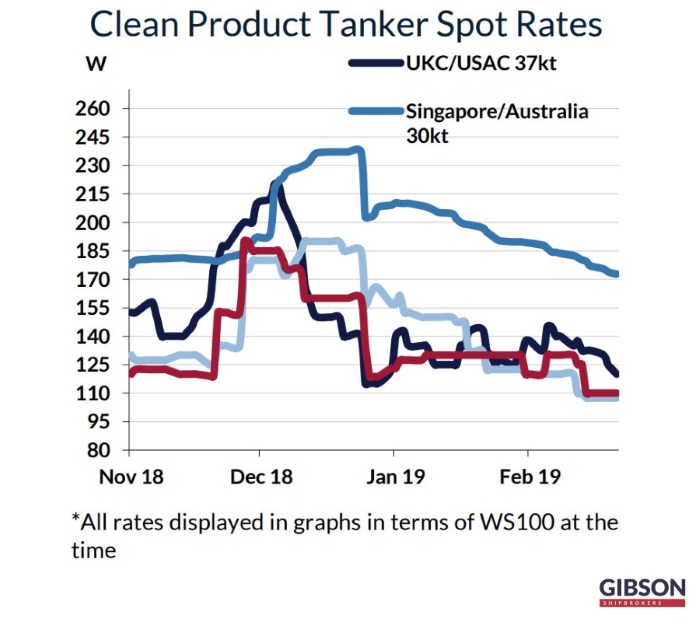 Gibson said that “going forward, Mexican product imports largely depend on the country’s ability to restore its refining capabilities. The recently elected government has ambitious plans to modernise existing plants and to build a brand new 340,000 b/d oil refinery. According to local media, somewhere between $3.5 to $4 billion has been allocated in the 2019 national budget towards a sector overhaul. However, a considerably bigger financial commitment is needed to achieve visible results. A new refinery alone could cost $8 billion, while the cost of modernising and upgrading the existing plants has been estimated at a price tag of $18 billion. Financing is likely to be an issue. Pemex’s budget is heavily constrained, with the company’s debt recently assessed at $107 billion. Structural changes are also needed to make operations more efficient. According to the Mexican Energy Secretariat (SENER), the count of Pemex’s refinery staff is considerably higher in comparison to similar size facilities in the US. The global sulphur cap on marine bunkers represents an even bigger problem. Pemex refineries yield considerably more fuel oil in comparison to US refiners. SENER data shows that historically the overall fuel oil yield at Mexican refineries has been at 34%, compared to 3% for US Gulf plants”. 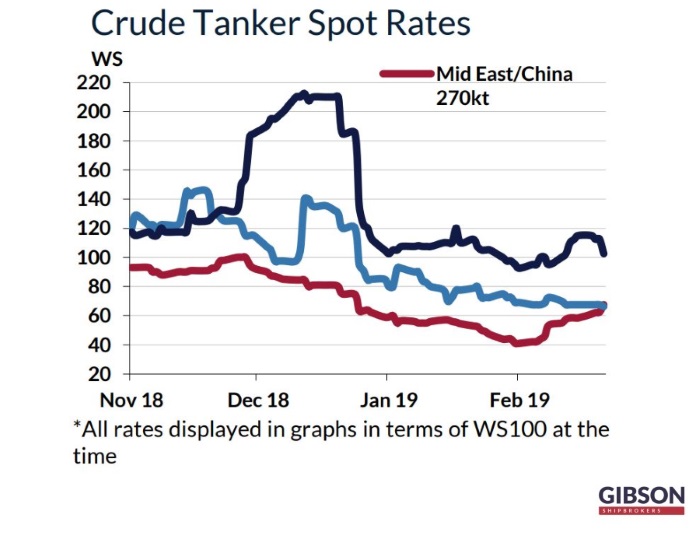 “Without doubt, efforts to modernise the Mexican refining sector represent a major threat to clean tanker trade. Only time will tell how successful these attempts are. One thing is clear though – the problems faced are quite significant and there is no quick fix solution. Also, the close proximity to a highly complex refining hub in the US Gulf makes it even more challenging for Mexican refineries to compete successfully”, Gibson concluded.
Nikos Roussanoglou, Hellenic Shipping News Worldwide