The state-of-the-art Khankendi subsea construction vessel has been launched in Baku.

President of the Republic of Azerbaijan Ilham Aliyev attended the ceremony. 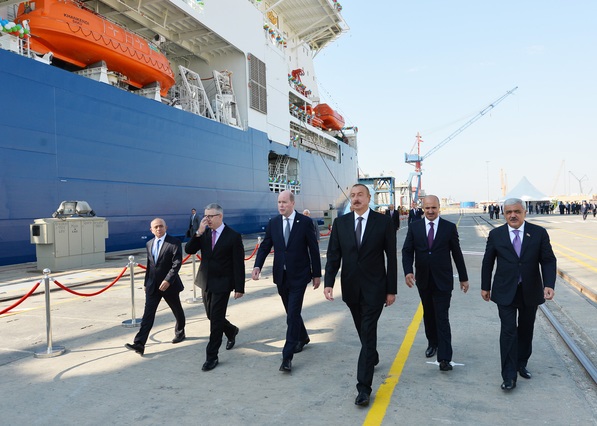 The vessel is 155 meters in length and 32 meters in width with 2000 square metres of deck space. It has a total weight of 17,600 tonnes, a carrying capacity of 5,000 metric tonnes at 6.5 metres draft and two engine rooms with 6 x 4.4MW and 2 x 3.2MW generators. It is equipped with dynamic positioning to allow working in 3.5 metre significant wave height, a 900-tonne main crane capable of placing 750 tonne subsea structures down to 600 metres below sea level, an 18-man two-bell diving system, two work-class ROVs and a strengthened moon pool. 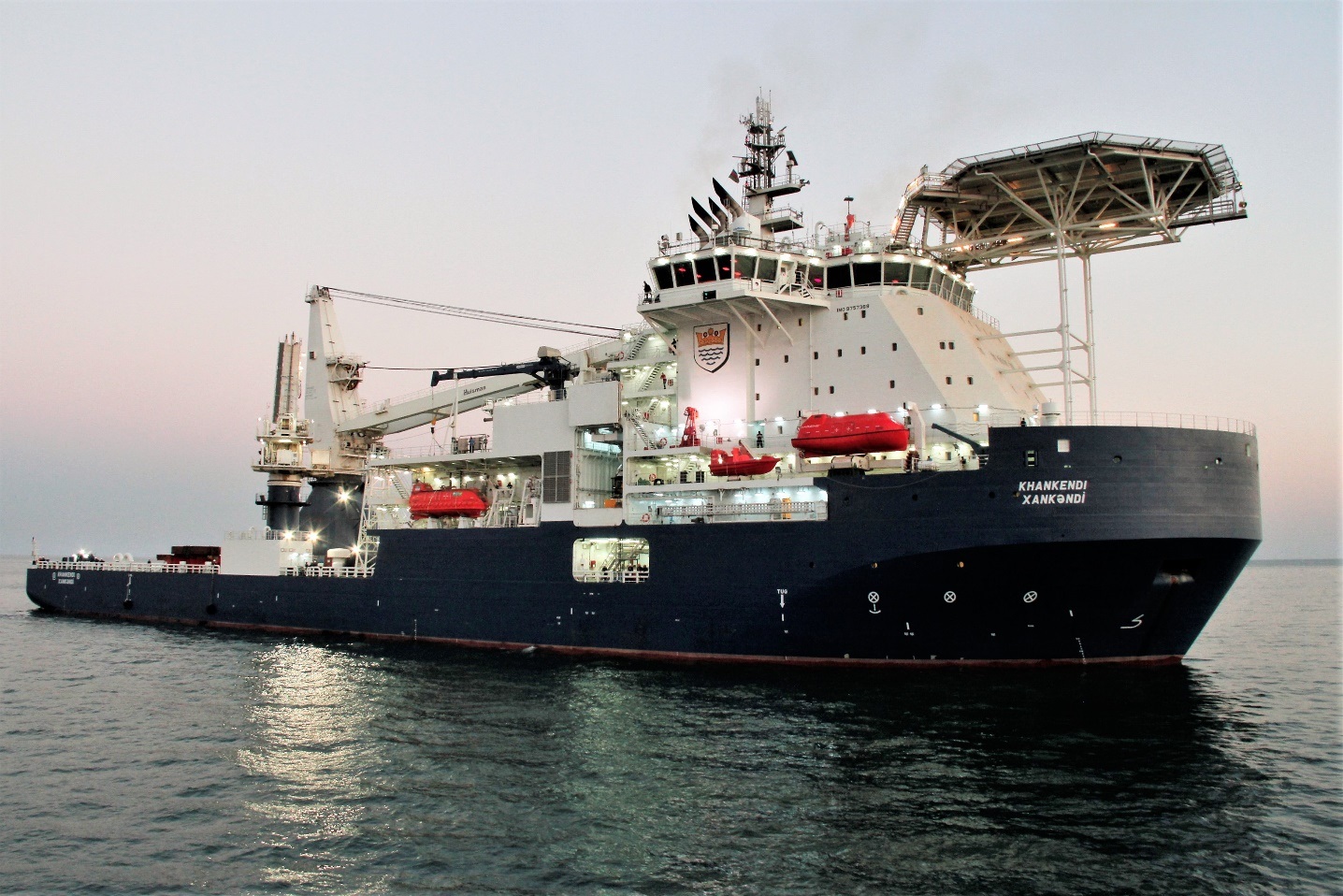 The Khankendi can carry out complex activities without the need for anchors.
The vessel has a maximum capacity of 175 people on board, including the marine crew and discipline specialists. The personnel include both Azerbaijani nationals and expatriates with plans for extensive training, leading to the full nationalisation of the staff.

The Khankendi has been designed and built by the Baku Shipyard – a joint venture of SOCAR, the Azerbaijan Investment Company (AIC) and Keppel O&M.

The state-of-the-art subsea construction vessel has been specifically designed and built to install the biggest subsea production system in the Caspian Sea as part of the Shah Deniz Stage 2 project. 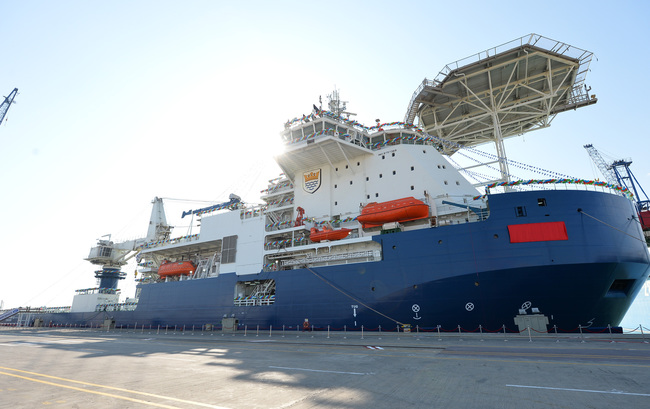 Addressing the ceremony marking the launch of the Khankendi subsea construction vessel, President Ilham Aliyev said:
– The commissioning of the Khankendi vessel is a truly historic event. I am glad that this giant ship has been built in Azerbaijan, in Baku. This vessel is named Khankendi. And this has a great meaning. Khankendi is our ancient city. The name of Khankendi is native and dear to us. It is no coincidence that this vessel, which meets unique global standards, has been given this name. 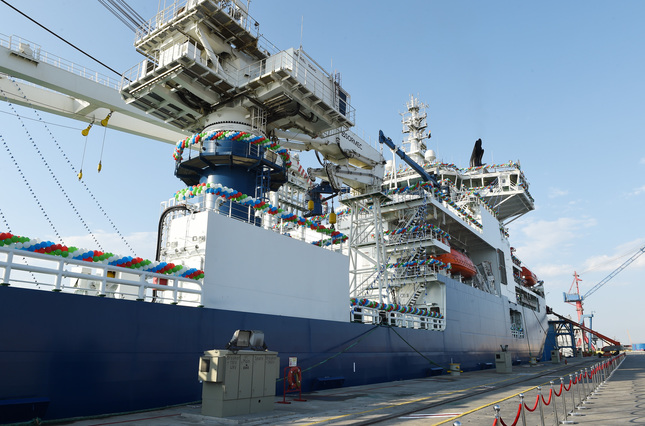 The construction of the Khankendi vessel cost about $400 million. This vessel will make an irreplaceable contribution to the development of the Shah Deniz gas field.

According to the information provided to me, there are only 10 vessels of this type in the world. One of them is in Azerbaijan and was built in Azerbaijan. Most of the crew that will work on this ship are Azerbaijani specialists. In other words, along with the construction of the vessel, trainings and preparatory work was carried out, and today both the ship’s captain and the majority of its crew are local personnel.

The development of the Shah Deniz gas field is a strategic project for us. I am glad that things are going well in this direction. I am told that preparatory work for Shah Deniz-2 gas field is currently at 96 per cent. It is possible to say that this project has already been implemented. Without this vessel, it would be impossible to develop Shah Deniz with great efficiency. 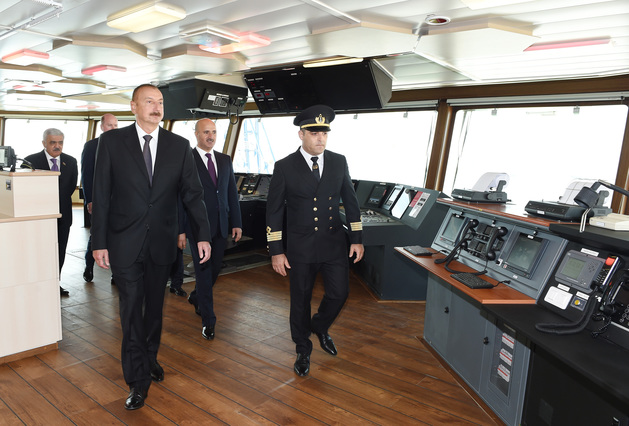 Visiting the Navigation Bridge of Khankendi subsea construction vessel.
From left to right: President of the Republic of Azerbaijan Ilham Aliyev with the Captain of the ship
Middle second row: Chairman of Caspian Shipping Company Rauf Valiyev. Caspian Shipping Company is State owned company by Azerbaijan Republic and will be operating the Khankendi subsea construction vessel
Background from left to right: President of the State Oil Company of Azerbaijan Republic (SOCAR) Rovnag Abdullayev and BP Regional President for Azerbaijan, Turkey and Georgia Gary Jones

We are doing all this work in a consistent manner. Investments have been made and work with foreign partners is properly organized. Platforms, floating installations, such giant vessels, the Sangachal terminal, oil and gas pipelines are built in Azerbaijan. Major investments have been made in the oil and gas sector of Azerbaijan in a comprehensive, thoughtful and planned manner. Today we are seeing the result of that. I should note the joint activities of BP and SOCAR.

As a result of this cooperation, some historic achievements have already become a reality in the oil and gas sector of Azerbaijan.
I appreciate the activities of the Caspian Shipping Company. The activities of the shipping company meet international standards. The shipping company already works with a profit. So the successful development of the transport and energy infrastructure makes a great contribution to the overall development of our country.
You are probably aware that there will be a signing of a new contract for the Azeri-Chirag-Gunashli field in a few days. We will continue working on this field until 2050. This shows again that Azerbaijan has very large oil reserves. 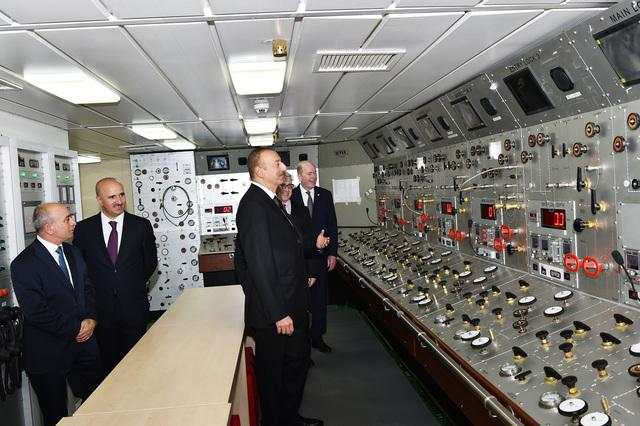 As for Shah Deniz, gas reserves in this field account for at least 1.2 trillion cubic meters. This is one of the largest gas fields in the world. In general, our gas resources constitute 2.6 trillion cubic meters. In other words, Azerbaijan will provide both itself and many countries with natural gas for at least another 100 years.
Source: Azerbaijan Caspian Shipping Company