The emergence of yet another virus variant has trigerred a renewed wave of fear in the global market, oil included. In its latest weekly report, shipbroker Gibson said that “Europe is once again the centre of the Covid-19 pandemic with rising cases and deaths across the Continent as it battles a fourth wave of infections. The spread of the Delta variant and waning vaccination programmes have contributed to a significant spike in the virus just as winter and the Christmas period begins. The EU has a fully vaccinated rate of 67% as of writing, but this varies by member state and appears to have begun plateauing since September. All of which suggests cases are likely to rise even further. In response to vaccine hesitancy, many European states are considering mandatory vaccinations and stricter mobility measures including further lockdowns starting with Austria from November 22nd , with Germany and others are likely to follow”. 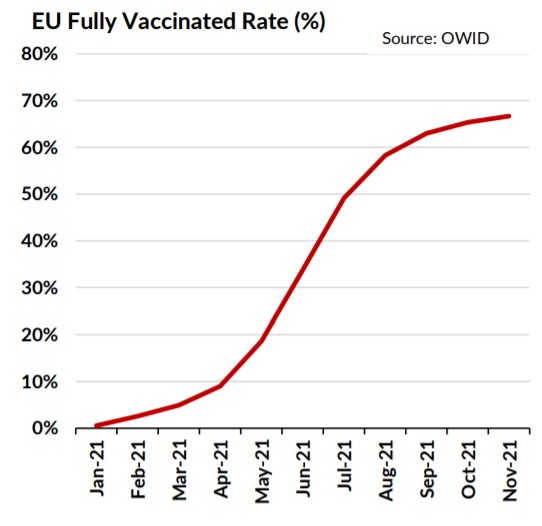 According to Gibson, “the oil market has taken a bearish view on this news. Crude slipped below $80/bbl raising doubts about the strength of oil demand. Likewise, bearish supply signals have been weighing on traders with the prospect of rising OPEC+ output and a potential coordinated global SPR releases. However, in the broader sense, it is likely such short-term supplydemand imbalances will only slow the upward trend in the oil market. Renewed mobility restrictions should reduce demand for transport fuels in Europe. Gasoline and diesel demand have seen a seasonal reduction since the end of summer; this has led to a build-up in gasoline stocks of late, these remain at relatively low levels. Distillate inventories also remain at low levels. In recent months, Europe had become a net exporter of diesel to the US, supporting trans-Atlantic product tankers”.

The shipbroker added that “the outlook for European jet fuel also looks less promising, despite the recent reopening of air travel to the US. Renewed travel restrictions in Europe should reduce the number of flights leaving Europe and thus reduce overall jet fuel demand. Vessel movements data suggests several jet fuel cargos originating from East of Suez are being diverted from Europe to alternative locations such as the US according to Argus. In terms of the refining landscape in Europe, runs have decreased due to seasonal maintenance and demand uncertainty. Reuters data shows European refineries from 16 countries produced approximately 9.62 mbd of refined products in October versus 9.845 mbd in September, down 2.3% MoM Gasoline output also fell 1.1% from 2.3 mbd to 2.275 mbd in October, overall crude intake was also down 2.3% MoM. Whilst this output data is an improvement YoY from October 2020, it is potentially a sign of a slowing recovery in the supply side situation in Europe where refinery runs are not expected to recover to pre Covid-19 levels. European refining margins are also pressured on the prospect of falling product demand”. 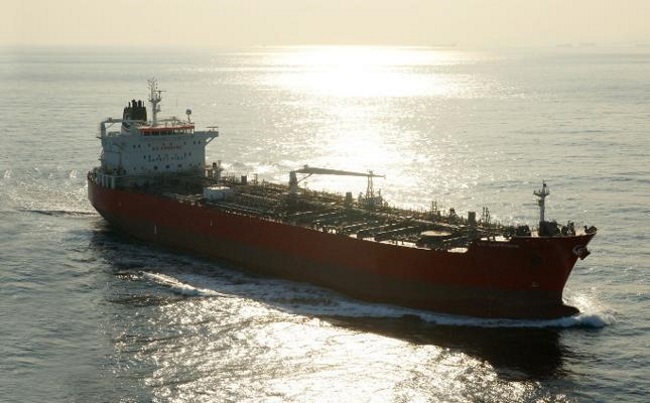 Gibson concluded that “reduced demand in Europe could briefly stimulate gasoline flows transatlantic, although a prolonged reduction in refining activity may start to pressure this trade. However, this depends on the extent of reduced refinery output in the coming months versus regional consumption. Moving forward, further waves of infection in Europe cannot be ruled out especially if national vaccination programmes fail to keep pace with new variants. The recent emergence of a new variant in South Africa demonstrates the difficulty in managing these developments. Europe provides a clear example of how the world is yet to finally get control of Covid19 and this will continue to weigh on both the oil market and the global economy both of which have important knock-on effects for the tanker market. Nevertheless, developed nations do appear to now be better at managing Covid-19 impacts. The booster campaigns and new antiviral treatments provide a glimmer of hope in managing the long-term existence of the disease and hopefully the worse is now behind us”.
Nikos Roussanoglou, Hellenic Shipping News Worldwide

Previous: MEPC 77: For climate progress, shipping needs action from IMO member states on concrete initiatives
Next: How world’s major economies are dealing with spectre of inflation