Propspeed, leading innovator of underwater foul-release coatings, announced today the expansion of its European operations to accommodate increasing demand with the appointment of Hans Mout as Commercial Business Manager – EMEA. Mout is based in Barendrecht, South Holland, the Netherlands. In his new role, he will be responsible for driving brand awareness and developing key partnerships in the commercial sector throughout the European market.

With an extensive background in the commercial marine industry, Mout began his career in the Royal Dutch Navy. After serving five years in an operational capacity, he moved into the private sector, joining Unitor Ships Services and working his way up over six years to International Distribution Manager. He then spent almost 15 years at Wilhelmsen Ships Services with roles that spanned several disciplines including logistics and agency services. Prior to Propspeed, Mout’s most recent position was serving in a management capacity with Marichem Marigases Worldwide Services.

“Early on in the interview process I felt the passion and energy of the Propspeed team,” said Mout. “In addition to a well-known, award-winning product line, Propspeed management has developed a very aggressive strategic plan that is perfect for the overall success of the brand. I’m excited to use my experience and capabilities to help drive the next evolution and future of Propspeed.” 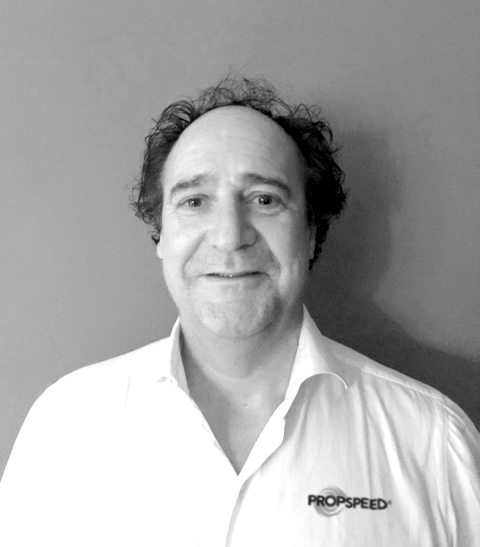 “Over the past year, we have focused on recruiting key personnel in vital markets and giving them the tools needed to best serve our growing customer base,” said Chris Baird, CEO, Propspeed. “With the recently established Propspeed USA, a new hire in the Netherlands and also currently looking to fill two positions in the French Mediterranean and Italian markets, we believe that we are poised for huge growth in 2021. We look forward to positioning Hans to better serve our existing customers and to build strong relationships with new clientele.”

Propspeed’s ultra-slick topcoat is specially formulated to prevent marine growth from bonding to metal surfaces below the waterline. It is proven to increase boat efficiency, reduce drag, save fuel and maintenance costs. It features an exceptionally strong chemical and mechanical bond between the metal substrate, the Etching Primer and the Clear Coat – ensuring that the Propspeed coating actually sticks to running gear, and any other underwater metals, and performs season after season. Propspeed products include Propspeed for running gear and all underwater metals, Foulfree for transducers and Lightspeed for underwater lighting.
Source: Propspeed